But the 50 rocket leader… ugh
And I only have 3,5 million exp to go

50 Rocket Leaders was a long grind. At least you guys have a boost in getting XL candy now. That was really tedious.

It’s a really long slog doing the 6 Rockets for every Leader battle not putting $$$ in Niantics greedy pockets buying Radars.
As for the Purifying expense on Dust. That can be reduced by saving all 1K Purify Shadows all the way leading up to that stage. On of the kids accts has close to 30 saved ready for when it’s on that stage.

Have raided Tornadus Therian Forme a couple of times today. Last one took 17 excellent curveball throws in a row (with Golden Razzes), only to flee.

Give me a f’n break.

The next one took 16 excellents and got caught. Marginally better. Then the next was caught on the third throw, and the next on the fifth. That’s more like it. The 8 I’ve raided have averaged 84 IV with a low of 78 and a high of 91. It looks like we might get slightly better quality for Therian Tornadus than for the Therian Thundurus preceding it as raid boss.

Every therian forme raid I have done so far resulted in a Pokemon with iv% of 80% or lower. Ugh

I’ve done a couple of dozen more Therian Tornadus raids now, and since yesterday’s post, I’ve had one encounter with an IV of 89. All the others have been

With such lousy quality and no chance of shiny (as @Brobraam noted), it’s no surprise that the number of players competing to get into these raids dropped off so precipitously after the initial 12-hour frenzy. There’s basically no wait any more to get a raid in Poke Genie. I expect people to stop posting the Therian Tornadus raids (as it gets harder to fill a raid, with such low demand).

If I thought the Landorus was going to be appreciably higher in quality, I might just shut down my raiding for the next couple of weeks.

I’ve only done two raids for therian Tornadus, first time was with @NotanotherKangaskhan I think. I got a 96 IV for that (thanks for the invite!), then a second with 84 IV. I think I’d prefer using my remote passes on one tier raids like Shinx and Roggenrola for a shiny, rather than these weird Unova legends.

At this point I’m only raiding this one for the dust, rare candy, and TMs. It seems rather irrelevant to the meta from the get-go.

That’s interesting all on here reporting such poor IV consistently.
I did 5 last night with the Mrs and Kids accts. 20 Raids combined and nothing above 89 IV. 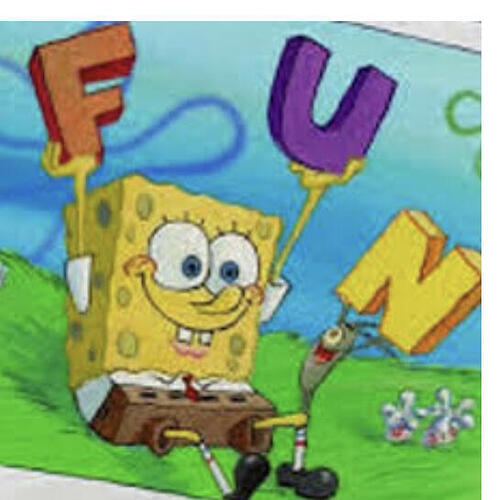 What annoys me is that if you have your buddy active and walking with you on the map, and during that time the current day becomes the next, and with that you receive a new set of hearts to earn. However it does not immediately start counting the distance for the hearts, if my buddy is with me from the previous day to the current. I have to wait until the meter drains out and my buddy disappears, or switch and switch back Pokémon so I can feed it up again.

Not too hard to do this I know, but it still annoys me.

Since the last update I can’t add stars, hearts and other symbols to Pokemon names and all the symbols that were added before became invisible. But when I tap to change the name they appear in the box where I enter the text. Also I can use the symbols to search for the Pokemon that have them in the name.

Albo, when clearing the name completely, it does not reverse back to name of the pokemon.

Yes, I noticed that too. I hope they fix it soon.

Soon? That the name, once you change it, not goes back by it’s own, is working this way since it is possible to give nicknames. (If I remember well since the first version of the game)

Something was lost in translation for you. I noticed that when I give Pokemon a nickname, it won’t change back to its original name when I delete the nickname.