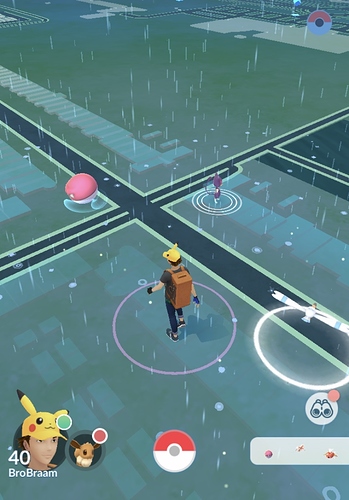 I just got the message from willow that I get the daily spawn!

Yeah, they have given it out now to everybody.

And I’m as well in the test-group for a dailly free gift in the shop. But it’s not very interesting, normally it’s a potion and some balls.

Rectification: it seems this test has finished, no free gift anymore.

I’m too fast today… here the gift is: 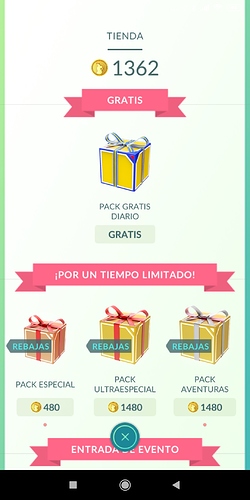 MAXed Out (Fully Powered up L40 Pokemon only thanks) Bragging Rights

That actually does bring me to a question: is there an image limitation to these posts? I ask because I’m planning a MASSIVE level up expenditure in a few weeks–since I’m going to reach 10 million Stardust soon–and I didn’t want to break any limits on image uploading doing that.

I don’t know either, I do know that the server has limited data storage (but as far as I know we aren’t there yet)

If you are worried about it, edit them into a collage or something like that

just evolved my 98% eevee to umbreon. just need to power it from level 35 to level 40 to complete my >90% iv level 40 eeveelution collection/dex

Did you get one of the free boxes today? Or did it end yesterday?

I got one today, as well got the guaranteed Pokémon with the solid ring around.

Should I purify the 14-15-14 Shadow Gligar that I just got? Would that have more usefulness than a :hundo: purified one? Maybe I should evolve it, instead? 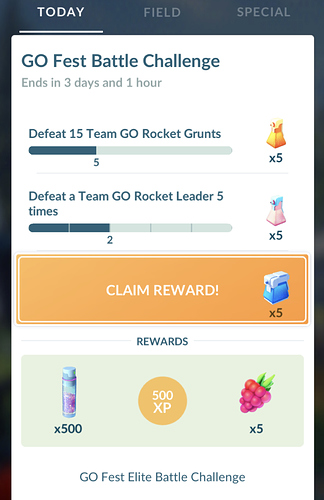 I’ll call this a shlando

A question… sometimes we have trouble to find a Pokémon for the thread http://forum.pokemongohub.net/t/community-cp-increase-challenge , and some of us try to power-up a pokémon to reach the needed pc.
But this works on a base of try and error.

Anybody knows a web, or an excel, or whatever, which helps to calculate which Pokémon with which combination of IV reaches exactly the PC you want in a certain level?

No idea, but at least it helps that it now shows what CP the Pokémon will help after evolving.

Yeah, this at least let you know how many CP he will get in any step.
I have an Excel which calculates for any Pokémon the complete table of any CP in any level and any IV.
But only thinking of the procedure to do this for all Pokémon, and after searching for the right combination, and after this looking for a Pokémon in your phone which is included in this list… no, it’s not a rational way to work

Sorry to change the topic; but I just noticed that the raid interface now includes a little “+” button to the right of “finding other players” on the lobby screen. It goes away about 20 or 30 seconds before the countdown ends. When pushed, it brings up a list of friends, saying to pick up to 5 friends to invite. I have not tried to invite anybody, yet, though.

The one time I pressed the button to see, the raid froze at “Go” for both of my accounts. I suspect it was a net flakeout that affected both phones, rather than a result of my pressing “+” on one of them during the countdown. But I would have to try it several more times to do any sort of fault isolation on that.

I’m excited by the possibility of inviting friends to raids beyond their range for ordinary remote raids. But I still don’t see any official breakdown of how the feature is actually intended to work. Like whose raid pass gets used by the invited friend, or if there is a limit to how many invites we can use each day. (I have a sinking feeling those sorts of details will have to be discovered by us by trial and error, meaning we might not ever really know what was meant to be implemented – only what we actually got.) But I have hope that some official details will be forthcoming.

That’s correct; Level 40 Trainers can now invite Friends to Raid with them.

Anyone wants to participate in raids in Paris next week?

I’ll be available on discord

Hmmm in the mood for an overseas raid

Is there a discord server here?