Wait till after dark, guess there will be a drifloon here and there

That’s what they say indeed, but I have never seen more Ghost Pokémon during nighttime.

They left my hometown since the start of the event…

I see a slight increase in the dark hours of ghost and dark types.

There is a change the ‘Transfer 3 Pokémon’ Field Research task rewards a Magnemite. It will mostly give Chimchar though. Besides, the ‘Hatch an Egg’ task can also reward an Electrike.

If you have Rock Wrecker Rhyperior, sure. I’m not working on that assumption since it is conditional.

Not as common as it used to be in some parts of the world, and it’s assuming that the IV’s were good and had the prudence to wait for those hours. Otherwise, like me, we had to wait for an Elite Charge TM. I don’t like presuming certain conditions for anyone, and simply go with the basics. It’s less presumptuous and more understanding of that not everyone has what I have.

But then again not everybody has access to every single Pokémon, for example Rhyhorn was much more common than Cranidos for most people - and if Rhyperior is out of the basics, is Rampardos too? Is Terrakion the #1? But then again, it’s a raid Mon, not everybody can get those, so… Golem?
See, I just dont get why change the rankings based on presumed availability

You’re splitting hairs to create a false sense of argument–something you have a bad habit thereof. I’m basing it on a general availability that the average player could have which is the following:

It’s called “accessing based on given evidence.” Had the original player in question stated he had a Rhyperior with Rock Wrecker, I would have stated that his Terrakion would be a number 3 option, but since he didn’t give that information, I can’t in any good faith know that he does for a plethora of reasons without asking the original plater, which would derail the topic further.

ON THAT NOTE, CAN WE MOVE BACK TO THE ORIGINAL TOPIC AND DROP THIS ASININE DISCUSSION?!?!

It’s fully up to you how you interpret “generally accessible”, I’d say the average player did get at least a single free minute to evolve a Rhydon during the CD. - and the original player in question didn’t mention a Rampardos for that matter either, unless I already forgot, so is Terrakion #1?

But sure, let’s go back to the discussion

I’ll move this to the let’s talk

I have never seen anyone flag their own post

Whelp, it isn’t a big problem if it gets off topic, but try not to overdo it. A bit of discussion is good, but when needed, do it in a topic like this or create a new one for the discussion 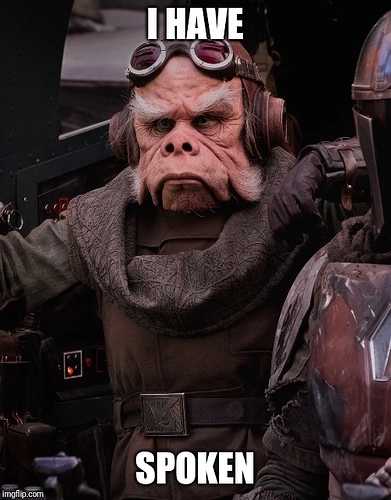 in June i’ll have my final exam, and then i’ll get my official certificate!

And Pokemon go is down! I hope that the maintenance brings some good stuff for the games after It it finished

And Pokémon Go is back up! Still trying to spot things that were changed.

I tried search giftable at friends list, it still does not work