Doing rewatch of entire saga before Rise of Skywalker next week…
Unpopular opinion, but true- Last Jedi is best movie

It’s not quite the best to me, but it’s right up there. I hated the prequels and Solo was solid, but I absolutely love the sequels (Rogue One as well).

I actually just watched the first two sequels this week as well. Now I’m watching all the animated stuff. All hail Disney+ … lol

I think Last Jedi is right up there with Empire Strikes Back. It advanced the story better than any of the other movies did.

How I rank the Star Wars films is pretty unpopular.

The top 3 are almost interchangeable and are all 10s. Debating between them would be kinda pointless since it’s so close. lol

The next three are amazing as well, but not quite on the level as my top 3. I understand that I’m in the minority on Rogue One. As for A New Hope, when I remove nostalgia from the equation, it’s still a fantastic film but not quite as good as Rogue One for me.

After that, it drops a bit. Solo was solid and I enjoyed it, but it’s not on par with the other 6.

Now it gets bad. Revenge of the Sith isn’t AWFUL to me … it was … watchable? lol

I still can’t watch Force Awakens with being choked up by tears when Kylo Ren commits patricide.
I was in 1rst grade when Return of the Jedi came out. That is longest I ever remember waiting for a movie to come out.
I was in theater 20 years ago when Phantom Menace came out. Was amazed by pod race and lightsaber battle, but dismayed about how dumb rest of movie was. Attack of the Clones is only Star Wars movie I didn’t bother to go see in theater. Dissapointed in my decision because when I watched it on DVD (first Star Wars DVD!) it wasn’t really that bad. So I saw Revenge of the Sith in theater and was pretty happy with it. Just sucked because you already knew how it was going to end.
Force Awakens was fun. It is my son’s favorite followed closely by Return of the Jedi. But Last Jedi, we saw 2 years ago turned lots of that on its head. It gets better each time I watch it.

I was under the impression that when TR took over a Pokéstop it remained theirs for about 30 minutes before reverting to an ordinary Pokéstop.

The stop that’s in range of my office has been occupied by Arlo for over 2 hours now. I already beat him (over a week ago) and need to beat Cliff and Giovanni to finish the Looming in the Shadows special research. Why should I be interested in a rematch against one that I’ve already beat?

Was there a recent change to the game that has TR leaders now taking over stops without a timeout?

Unlike grunts, TR leaders take over pokestops until 10pm each day.

Got these today for Mrs Kanga to wrap and put under the tree. 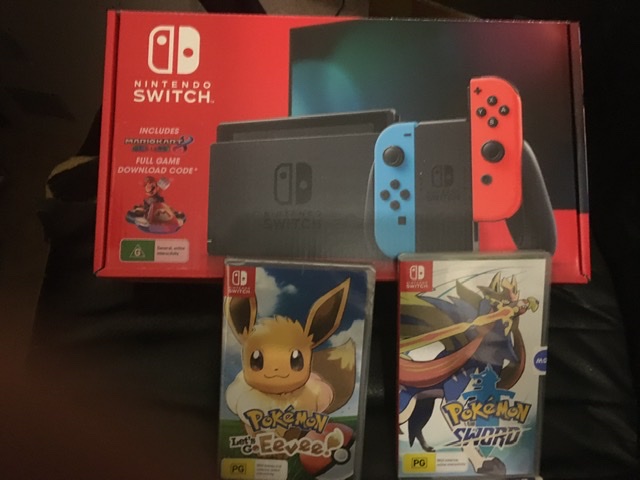 You have exact the same combination as me: Let’s Go Eevee and Sword.

Just had to install new garage door opener. Called wife at work to tell her that her Christmas present will be a little bit smaller this year. Luckily all the kids are already done.

A tip: if you know someone with Let’s Go Pikachu (physical, not download version): make sure you can get a save file of it on your Switch. With that savefile (and that from Let’s Go Eevee) you can get a Gigantamax version of both Pikachu and Eevee in Sword.

Sup, folks. Anyone else watch The Witcher on Netflix? I watched the first three episodes and am digging it so far. I mean, it’s no Mandalorian, but it’s still good. lol

How about the new Star Wars movie then? Because I just got home from seeing it.

I think they did a great job wi Th the last movie. I really feel like the story has come to an end.

Took family to see Rise of Skywalker Thursday night. My wife isn’t a Star Wars fan and even she liked it. It’s a fun movie to see in crowded theater. 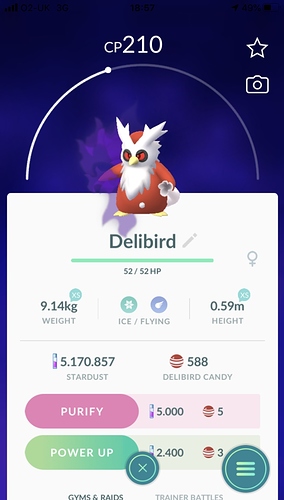 I somehow got Shadow Delibird before it was even supposed to release in my area.

@Brobraam @bobbyjack8 : I enjoyed the latest Star Wars movie, but have a lot to say about it. I’ll hold off until more people have seen it though. lol

Double gift limits while making it hard to find enough gifts to give seems intentionally obnoxious.

Gifts for sending should be treated like Field Research Tasks – if you spin a stop and have room for another gift in your bag you should get one.