Who is actually going to use the pokestop reviewing thing? (Wayfarer) AND MORE

The one issue I have with the system at present (as a UK reviewer) is one of the legit examples we’re shown on logging in is a UK postbox. Thing is they are common as muck and have no historical or cultural importance, but as Niantic have suggested they are fine word has got out and in Ingress you’re seeing them everywhere as portals and I find myself struggling to find a reason to reject them (tbh out in the countryside it can be the only option for a fair distance, plus they normally have safe access).

I want to edit the photos, but it’s not possible at the moment. Hopefully it will be soon. There’s an old mural that doesn’t exist anymore, photo of the city center taken in the dark, you can barely see anything (who approved that?!), church has been renovated, some photos are blurry, some are taken from a bad angle, some would look better if they were taken during summer and so on.

Same here. I know a Pokestop with a Photo you can’t see anything on because of the sun. Also, I have a nomination being rejected for bad photo quality, even though it still was at least ten times better than SunPhoto PokéStop.

I just had a playground being rejected with the reason it didn’t meet the acceptance criteria.

These lame nonsense reasons can be so stupid that they are funny sometimes. Not even a second reason was given, so I honestly have no idea why this playground got rejected. Fortunately, my country hasn’t gone in lockdown yet, so I’m renominating it. 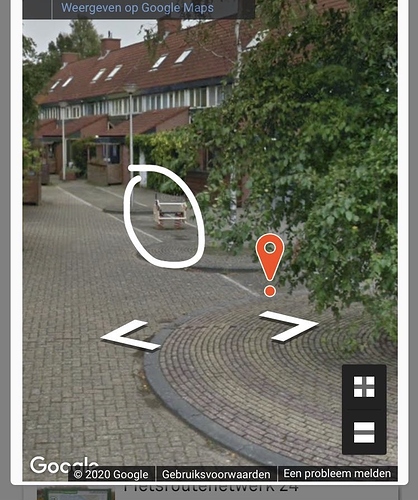 Had to share this one, too. How can more than 50% of the reviewers not see this?! The distance shouldn’t matter either as I have only located it just a few meters away. I have had a nomination being accepted that I accidentally placed wat farther away than this. These reviewers really shouldn’t have permission to review.

What language do you have to review/post submissions in? I have a few spots I would like to review stops and I’m considering writing some stuff in Spanish. lol

It would be best to write them in the native language of the country it’s in, unless it’s a site named in a specific language otherwise.

I write the title and description in Dutch when im submitting home, and in English when im elsewhere. Supporting info i always do in English. When i review stuff ive seen 4 different countrys so far and i cant imagine its any different for people in those countrys. So its best to pick the one that most (all actually nowadays) countrys arround here learn.