idk if i should evolve mine to Togekiss 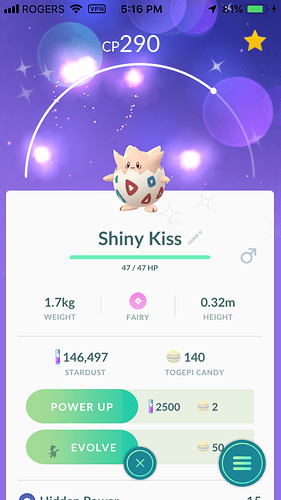 @5GodLink congratulations, wait until the moveset on togekiss to decide

He is wondering if he wants to evolve his togepi😅

if I were him, not so fast, maybe the candy cost to evolve to togetic might be lower given togekiss is 2nd stage Evo

He’s perfect as is! Mine will probably be a pink Togepi forever

but your call! You do get more dex entries for shinies when you evolve… I just like to gaze at them in my poke box 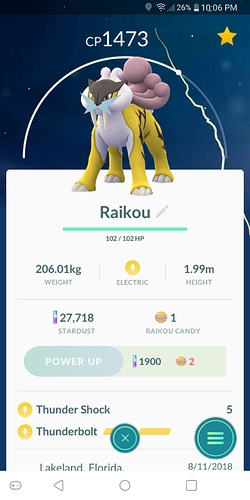 Rarest pokemon i caught so far. 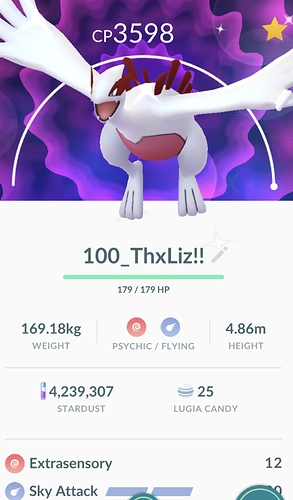 I need to crawl from underneath my rock more often, didn’t noticed until you told me…

I live in a tree.

They call me “pidgey”

Who is this amazing Liz person who caught you that?

I was asking who Liz was… did you catch it for him while he was with you?

This is wrong statement tbh because it means that there are as many mew as there are trainers, making it somewhat rare if not uncommon. On the other hand legacy move pokemon are no longer obtainable, part of them been transfered before players realized making the number even smaller

Now Celebi is the rarest

Maybe he is talking about actuall pokemon