Thanks for all the info guys

do not power up any of your early Pokemons just do raid battles.
save your stardust, the higher the level, the higher cp pokemon you will eventually catch.

You want to also catch pokemon with excellent IV’s.

When you get to level 20, an important milestone occurs. Egg Pokemon CP stop increasing with level after that. I would suggest saving stardust until then. The best way to level up is probably to save up lots of evolutions (you can see any pokemon you can evolve with “evolve” in the search bar) then use a lucky egg and complete as many evolutions as you can. You can get 1000 xp per evolution using this method, or 2000 xp if it is a pokemon you havent had before.

It’s a suggestion. Some tier 2 ones are more difficult.
At level 32 I haven’t managed to solo a Weezing.

I left two pokemon at two different gyms earlier today, and i still haven’t had them back yet

Don’t worry, means you haven’t been knocked out by other players. Your mons are still inside it.

Yeah i checked, and they both have the same health left.

Ok my weedle returned to me this morning with 50 coins. 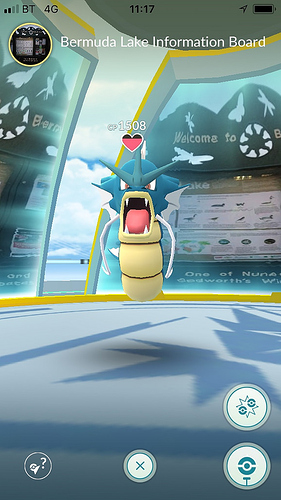 Which team are you

Try to evolve a Rhyhorn btw, that’ll be a strong one. Same for Magikarp.

Not sure what you mean by team ? My strongest is Rhyno @ 512cp
cant evolve or power up because " i dont have enough candy " and " trainer level is too low "

You get 3 Candy everytime you catch a Pokémon.
With teams I mean blue (Mystic), yellow (Instinct) or red (Valor).

But btw you first need to battle that Gyarados inside the Gym, and when it’s knocked out of it, the gym turns grey. Then you can join inside.

What is a Rhyno? Rhyhorn or Rhydon?

(Sorry lol but it can be two Pokémon)

Rhyhorn
And I forgot which team I chose 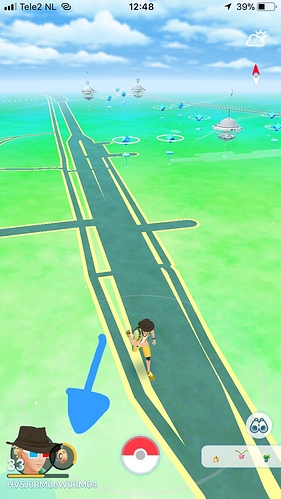 Then you’re Mystic. If you want to join in the gym, you need to knock out the Gyarados and then jump in it.