Power up or transfer Ditto?

Hi, I found a ratata that evolved into a ditto but is low level!

Level up or transfer??

If this is your only ditto, keep it
If not, transfer unless it has perfect IVs 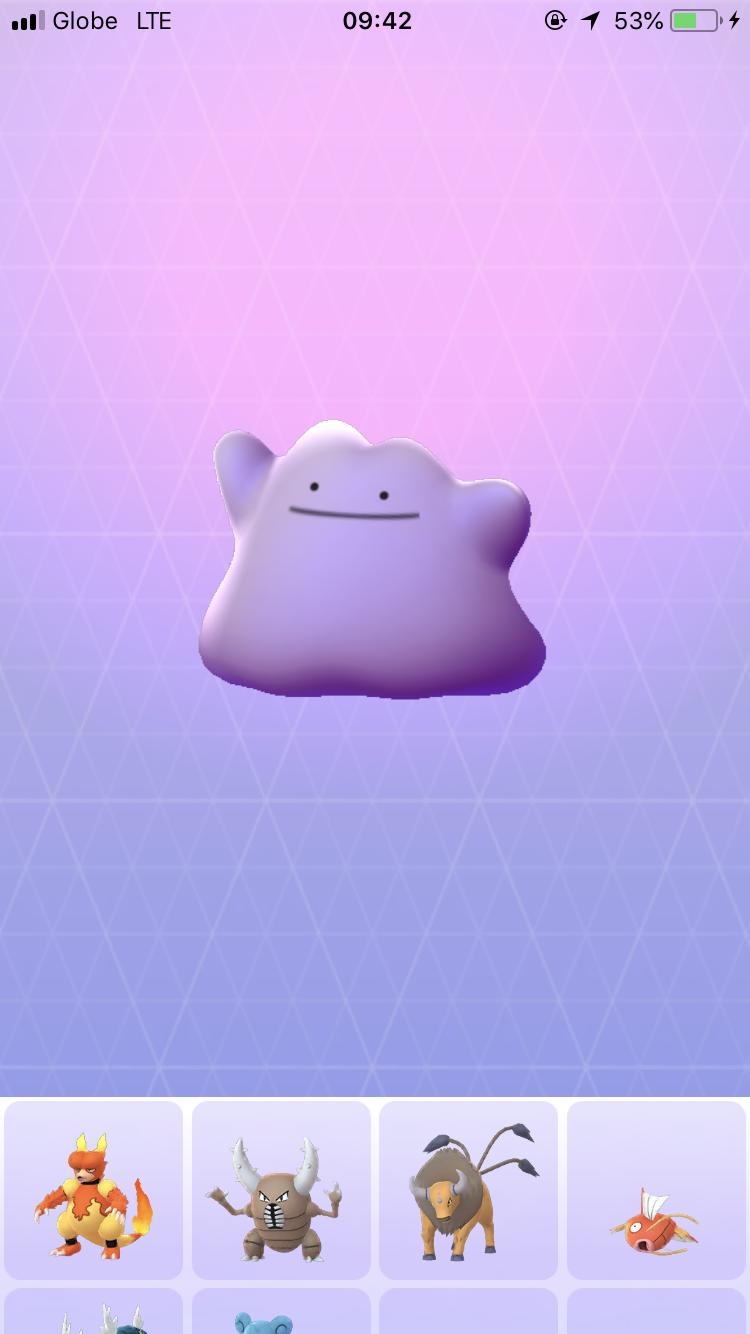 So u would transfer A pokemon who is above 95 iv?
(Sorry for me acting like this my highest iv is 98)

I’ve caught dozens of Dittos (about one a day, until I got the Special Research task to catch one, after which I went over two weeks without seeing even one). All of them have had woefully low CP ratings, so I’ve been keeping only the highest IV one – so far the highest IV has been 75%.

In my totally-subjective view, catching Dittos is worthwhile only as a checkbox on our pokédex; catching more than that is a waste of time and pokéballs. I’d totally ignore them if I could tell what they were before catching them.

In any case, I would not level up him, it costs too much Powder and candys, but if it’s the first one, let him be there as a trophy, until you catch a better one.

Yes, most 96/98% Pokemon are useless if they dont have high enough level (since you wont power up a 98% Goldeen), while 100% have collective value
And in the case of Ditto, 100% means it could have amazing use in breeding, if that ever happens

I would power up a 98 goldeen

No, you wouldnt, dont try to troll me

I really would.
Goldeen can become kinda strong and i dont have a strong 98iv

Are you crazy, wasting dust on a useless fish like that?

And if he’s in love with the face of this fish?
Let him do, not all of our decisions are rationals.