I am not going to do this. I have good imagination, but the drawing skills of a 8 year old

Curious what others come up with.

But I post Abilities, Stats, Moves, etc in the other thread already …

My Gimp skills are extremely limited but I thought I’d try a lucky raid pass, that has already been mentioned in several other threads (enabling one person to do any raid up to tier 5 alone, maybe it could also give you chance to get the Pokémon in lucky? For those kids accounts who aren’t allowed to trade?) 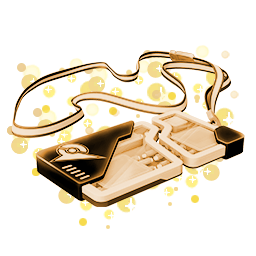 Adorably Deadly: The signature Z-Move of Gardevoir, is a Fairy Type Z-Move and can be used with any Fairy typed move on Gardevoir. Damage Varies.

I’m not sure where else to post this, but I thought I’d share my secret, why my shiny luck has been so good lately…
I simply own a shiny charm… OK, I made one… but it seems to work. 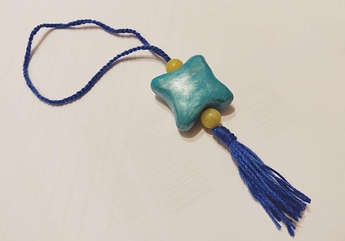 That’s polymer clay coated with shimmery nail polish for the big bead, the small greenish beads are agate beads from my jewelry making supplies, tassel and string are made from cotton yarn from my crochet supplies.

Dark Aura (Ability) Always activates when the Pokèmon with this Ability HP is below 50%. It either Sharply Raises Atk and Sp. Atk and lower Defense and Sp. Def, or vice versa. Speed is always raised by 4 stages. Moves that make contact have a 3% chance to change the ability to Dark Aura to the Pokemon hitting the Pokèmon with Dark Aura activated.

Yveltal: Am I a joke to you

Hey. Im going revive this topic with this idea. Gigantamax Diancie. Also, her exclusive z-move would be Jewlstoneian Amulet (Or Dazzling Diamond Sword, Which is a move made by someone else.) Jewlstonia is Diancie’s Island, and she is the goddess. Diancie’s Gmax Move would be gmax Rainbowdiamond, A DUAL-TYPE gmax move. If you want my name, put it as Chroma Darkbring3r. Also, Arceus has a zmove I made. Its called Accelerating Alphaslash. It is a move only Arceus can use. Arceus’s gmax move is called gmax Creator.