Part II was decidedly better than the Trapinch part. An 89 IV Shadow Ball Mewtwo from an EX raid with what seemed like a hundred people. Then four Giratina raids yielding one shiny and a dozen candy for powering-up Origin Form later.

I can’t complain at the end. Caught over 300 Trapinch ending up with 15 of them being shiny:

Where will people be meeting to do this in Washington DC? Please let me know!

If you can buy retour tickets for me and my 3 friends I will come from Holland.

Honestly your best bet is probably the National Mall, there are a lot of stops there because of the Smithsonians and a good amount of spawns. I did part of Ralts CD last time I was there in D.C.

Only able to play for an hour, got 8(!) shinies. Very content

Went to my common spot and camped on the 4 Lures.
Caught the usual 100-120 and only got a low number of 3 like usual. Daughter acct got 10 after not getting one in the first 45min.
IV’s of all were terrible with only 2 being 3 stars and they were both at the low end under 87%

Local Discord reported lots of problems with poor spawns, server issues and lag. I only had 2 freeeze ups requiring shut down app and restart. The spawns did stall for for 10-15min 30mins before the end with no Chimcar appearing in that time.

With no pre announcement of the new T4 my closest playing friend msged me if I wanted to do any of our usual Ex Gyms. 3 of those was enough for a collection only Pokemon.

Thanks for the report. Your time zone makes you often the first to see anything new. But it also makes you a sort of ‘beta’ for the rest of us. Hopefully the failures you mentioned will get worked out by the time the event comes around to our time zone, as they tend to be (more often than not).

3 of those was enough for a collection only Pokemon.

Of course, most of the Pokédex comprises collection-only Pokémon…

I’ve played only half an hour in the beginning. Caught 15 Chimchar, 3 of them shiny.
But I had 480 candies, so now there are the best old ones and one shiny Infernape with the special move “Anillo Igneo”

No Shinies here, but didn’t really play much because son is out of town. I did go get new Weezing though.

Due to connection issues I had a bad one. Cell towers where overloaded. Almost lost my shiny, that I caught after just 10 catches. Could not do more.

Absolutely no motivation to go out and catch Chimchar.

Ralts was last good CD because you could evolve it into 2 different forms.

This CD was just as the others. It took forever to find the first Shiny, then about eight more in the next 45 minutes and another one at the very end, which makes the total of ten Shinies. I think I do have broken my personal record of total featured encounters during CD.

The only thing that could’ve been better, is that there should’ve been more Field Researches rewarding Chimchar, and there should have been more Chimchar. I know the spawns are about the same every CD, but this time, I rather called it Machop/Castform/Ralts/Chimchar/Bulbasaur/Tentacool/Koffing/Cherrim CD, as these were everywhere today, too. I’m about to think they spawned when more than often.

Pretty good CD, probably one of the best I’ve had, 9 Shiny Chimchars, 1 hundo Chimchar, hatched a Shiny Solrock. And after during the Galarian Weezing caught a 96% Galarian Weezing and found out the Kyogre I caught early from Breakthrough was a Hundo.

Did the last hour and caught a few dozen Chimchars, several of them of decent quality and 2 of them shiny (unfortunately both shinies on the same account and none on the other). Evolved 3 into Infernape on each account, one of them shiny. Also got a stray shiny Poochyena and a very nice Drilbur.

Had no interest in the Weezing, preferring to spend the time assessing the CD catches and evolving the best.

I found 3 shinies. The first one was the 5th Chimchar that I checked. I only found 2 Chimchar with good IVs. In the end I evolved 4 regular and 1 shiny Chimchar into Infernape. I liked the reduced distance for incubators. I couldn’t do Galarian Weezing raid because I don’t have a raid group (why didn’t Niantic put it in level 3 raids so we could all do it solo like Alolan Raichu? 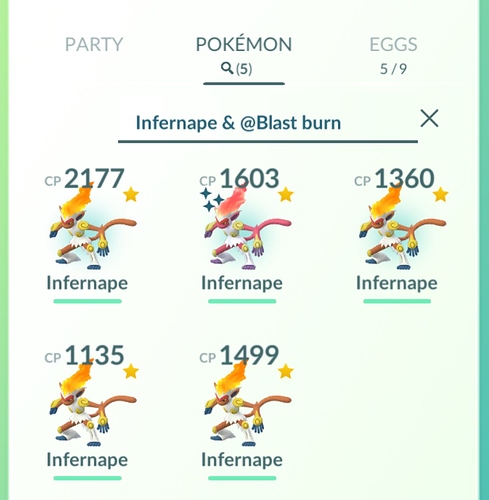 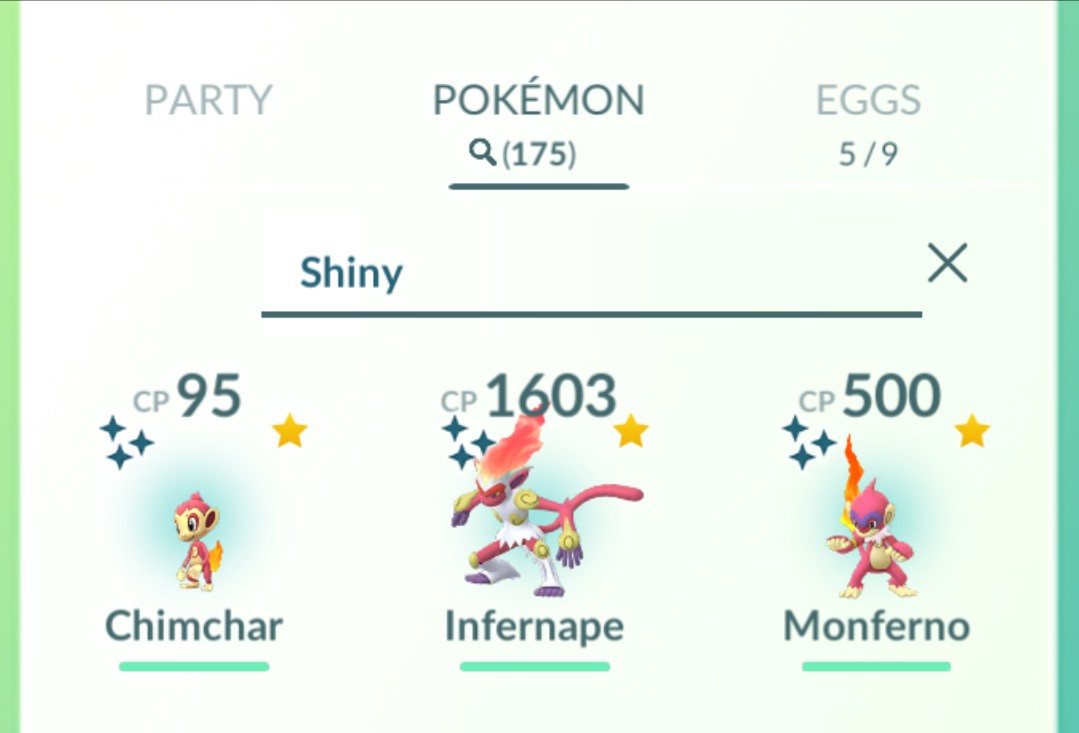 Caught 1st shiny Chimchar 2 mins into CD, total 8 shiny with the best one being 89% which has evolved to Infernape. Did only one Galarian Weezing raid for dex purpose, several lobbies filled up fast with max 20 in every lobby.

I wasn’t sure if I’d be able to play until Friday evening, so I wasn’t that well prepared this time (forgot to take screenshots of the Pokédex entry, hadn’t stocked up on Pinap berries, etc…) but it went quite well.
I had my 3 shinies within the first 90 minutes at my usual CD spot, I also caught my husband’s account 3 shinies and made arrangements for the raid hour after the CD.
I was already on my way home when I got another 2 back to back. I put up a lure at my home stop then and caught a bit more - mostly for candy - while transferring the trash (almost everything, there were no good IVs), where I got another 2 shinies…
Then I went back outside to do two Galarian Weezing raids with someone from our raid group (the guy with the 4 accounts). Again I got only trash while the other guy got a hundo on his main account. But who cares.

I had already ended the PoGo day in my head after the raids, but the best thing is yet to come…
A random shiny Pidgey from my home spawns. I didn’t recognize it as shiny at once, it was rather late and my phone already had the blue light filter on. The Pokémon colors are always a bit off in this case… But I was quite hyped when I saw the sparkles