Collectors vs. Fighters (and in between)

So much discussion about spoofers, bots, cheaters… I am a poor Collector of Pokemon, I don’t bother about them.
If you could see my Fighting-Badge, haha, 2 Gyms won in the beginning, and 0 Trainings. I find them so boring, that I haven’t entered again.
I love walking, catching Pokemon, eclosing eggs, visiting Pokestops, I don’t need this fightings for enjoy the game.
And in this way, I don’t worry about the spoofers. They don’t interfere in my playing.
I just collect Pokemon, I try to have a pair of both genders (when there are two types), and I try to catch every day bigger species than the ones I have.
I take a screen of every catch, store them in my PC, and I have a document with all the best of them.

The idea of this Topic is to find similar players, collectors, for exchange experiences, best-worse catches made, etc-

I have seen people only guarding little pokemon (10 CP), others, like me, trying to find always bigger ones, … there are a lot of ways to play…

I like to keep it the best specimen from my travels. Either high IVs or evolutions I catch while I am there. For example I have a blastoise from SMP, a high IV Wild Raichu from Santa Barbara from a trip my wife and I took last fall. I have several Pokémon that I caught on the last trip I made to see my mom before she past. My wife has a Pikachu from the day we found out we were having a little boy. These are memories of the day, we see the location and can think about the experience and where we were.

I really wish the would let us expand the storage past 1000. Between 95-100% 'mon and the memories things get full fast.

You have given a information I don’t know… In this moment my storage is in 900, but I don’t thought that there is a limit!

Well, the other sight, what a good idea to have pokemon for memorize good or sad moments. (I wish you all the best with your boy).

One problem, I never had thought about IV, only CP. A week ago I tried to calculate the IV of my species, but clearly my level in the moment of catching them has influence, and I don’t remember this levels. So, nothing to do, I only can calculate them for the new ones.

I’ve never battled nor trained in a gym in Pokémon GO. I don’t really know why; I think I’ve always felt intimidated and nervous to do so. I started playing last August (only a month after the game’s release), but I there were so many people playing who seemed so advanced that I already felt behind. I decided that I would catch pokémon, build my collection and make it strong, and when I was strong enough, I would start battling.

I walked a lot, and I caught a lot. My collection grew, and I realized that the more pokémon I caught meant more and more resources (candies and star dust), and I could save those resources and really strengthen my collection. As I was approaching level 30, I decided to halt all evolutions and power-ups and catch every mon that crossed my path. My plan was to get to level 30, have a mass-evolution using my best baseline pokémon, then hit the gyms like a thunderstorm (Team Instinct obviously!).

That’s just what I did- or just what I was doing. I was so close… so very close, but an unexpected obstacle threw everything off course. Two days before I finally reached level 30 was the major update which introduced gen 2 pokémon into the game. I felt absolutely defeated. I was so close to realizing my goal that had been six months in the making, and- BAM!- a slew of new pokémon that I knew nothing about (I never played past blue/red version of the main series games) appeared and complicated everything.

So, I just continued what I was doing now with even more monsters to catch. I still walk a lot and I still catch a lot, and I am following the same sort of guidelines I was following before terms of catching pookémon and building & strengthening may collection. I’m paying more attention to team leader appraisal of pokémon and battle move sets, and Im learning about the intricacies and idiosyncrasies of the gyms. And I’m leveling and evolving my pokémon using lucky eggs to maximize my experience points with the goal of gym battling in mind. 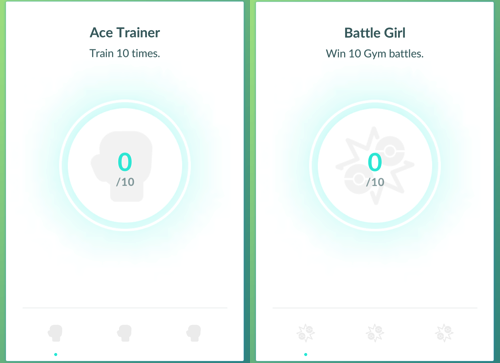 Wow, now I feel really as a little boy who has started to play some days ago…

But I feel as well very identified with your way to play… I still have to play a lot to get your level (i’m level 27, starting at the end of february).

I’m still searching for 11 pokemons (resting the legendaries and the region-reduced), but I have a lot which need a huge better version. Imagine, I have catched my first Blastoise in the wild, and he has had only 130 PC… the poor one

But in this moment it was more important to have one, than his level.

You can upgrade your pokémon storage unit to 1000 maximum for a price of 200 pokécoins per upgrade. The same applies to your item bags. I wonder if Niantic will further increase the maximum limit for pokémon storage as they continue to roll out new generations.(?) 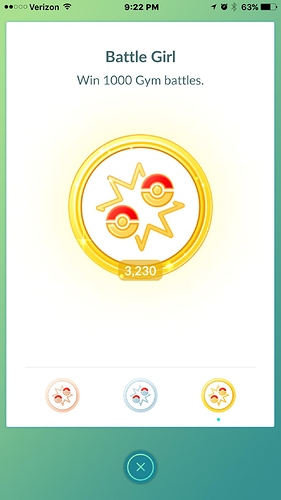 No need to be nervous about battling gyms but I’m amazed you’re lvl 31 with NIL battles. Good on you for sticking to your plan. When you’re ready you should give the gyms a try (perhaps after the rework drops, or not) - you may like it…

Keep reading up on type advantage to help you beat those mons in the gyms when / if you do try it out.
If you don’t have a crack at the gyms, maybe you could level up to 40 without battling!
Much respect for your choice not to battle (yet) from Australia.

Today I’ve made 5 Dratini-Candies and on the way there were 4 Onix and 5 Nidoran ♀… still I have not seen the point of a wing of this Aerodactyl, grrrr

But back to the theme…
As a Collector I always need at least 4 of all Pokemon, 2 male and 2 female, one to store and one for evolve. And in case of the three-step-families I need 6

That makes it quite hard in case of the rare ones. In three months I’ve seen for example only 2 Mareep, Grimer only one. This way it’s very difficult to see them of both genders. Imagine, my first 40 Omanyte were all males…
Another problem are the Eevee-evolutions. The trick naming the eevee to get a specific evolution only works one time, so getting the second Vaporeon comes by luck, and until now there were only Flareon and Jolteon. At least I can have the second Umbreon and Espeon by walking Eevee as buddy. But the Vaporeon is quite difficult.
And last,but not least, the Porygon… I’ve tried the trick of 5km egg and evolve 3 Electric Pokemon four times now, and nothing, for me it doesn’t work. In my storage are now 3 Upgrades, but without Porygons they only occupy place.

I use a similar logic: I have only ever battled 3 gyms, and trained once despite just hitting level 33. If you claim that spoofers in gyms are ruining the game, then stay out of the gyms and buy coins like I have. Either this or just drive to some far away place.
I am a huge collector and have 25-30 100% perfect Pokemon. They have never seen a gym and I don’t plan to put them in one.
Maybe when the birds come out, but we’ll see…

It seems I have to work a lot… I never have calculated the IV, I value them only by there PC. (Yes, I know, a bad way). But introduce now the values of 700 Pokemons, uhhh, really I like more to go out and catch more of them

Just try it out, gym battle is fun and will give you more motive to strengthen your collection.
Even if you lose…well, there is nothing to lose anyway.

Personally, I was never into pokemon (I’m not a 90’s kid) and got into the game because of the augmented reality and because it made walking to my destination more entertaining. It also motivates me to walk more rather than driving.

I’m no pokemon expert by any means, but the way I see it is the whole point of collecting pokemon is to train them / level them up, to be able to compete for gyms.

The whole game is based around combat, hence the CP, IVs, typing and fighting moves.

Don’t get me wrong, it felt satisfying when I completed gen 1 (as far as my region allowed), and I am somewhat of a collector (or hoarder) but I really think that without any form of practical use for the Pokemon, the game becomes a little bit boring and teidious.

as a collector myself, its the underlying theme of completion and like you i was only mildly in touch with the subject and this is my first pokemon game ever. The collect them all is the mantra of the franchise though hence “gotta catch em all”

NEVER click on gyms, for it will ruin your Pokedex, forever.

I only wanna fill my Pokedex. I don’t really care about gender and other stuff. Sometimes I’ll go and battle gyms but its a really rare occurrence. I only battle when I feel I need my Pokecoins. I am 6 pokemon behinf my completion and I am looking to complete it before Gen 3

How are you accomplishing catching the continent-regional and latitude-specific pokémon? Do you travel often to do that?