I saw someone put Drapion in a gym already, not sure if RC has been used to evolve given the rarity of Skorupi spawn

Got nothing since the weekend but a bunch of Snovers, a couple of Skorupi, and an Alolan Raichu raid boss. I’m looking forward to taking out my frustration on a Deoxys on Thursday.

The raid was actually this evening, and I discovered how much easier Deoxys-Attack is to take down than Deoxys-Normal, which is a piece of cake for 4 trainers. I bet a level 40 trainer with a strong team of Pokemon could solo raid the Attack form.

Only got 2 Croagunk and a multitude of Snover, though it helps in my Celebi quest.

Lots of Snover here, too, some very very rare Skorupi (managed to find 3), seen one Croagunk on the nearby but wasn’t able to go for it… None of the other two… Eggs are not very good either, No Riolu, Mantyke or anything else that was new…Rather disappointing up to now…
That’s not what we are used to…

Fighting to find some of the new, and… in my room appears a Solrock

Skorupi, Croagunk, running with eggs to get Riolu, Mantyke… that are the newone’s for me

Here, today was just a lot of Snovers and Snorunts again.

So far, I managed to get 3 Munchlax from 7km eggs, but nothing else regarding new babies. I also found in the wild 2 Scorpio’s and one Croakgunk. Also got a Croagunk from a 5km egg, which I didn’t expect.

Croagunk and Skorupi seem to be spawning more dependably during Cloudy Weather. It’s been cloudy here a lot in Denver, and we’ve seen him quite a bit these last three days. Hatches have been far less reliable. Only Munchlax so far.

So I have to wait for some clouds on the horizon…

It actually was rainy and cloudy here in San Diego for days … no change. 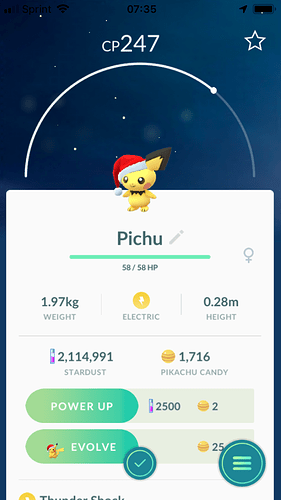 I was actually at a Wal Mart with a friend (who also plays) and I saw it on my radar a few blocks away. I dropped my handbasket, said “Skorupi”, and we immediately left … got in my truck … and headed to the Skorupi location.

We then watched with anticipation as we each waited or those three Pokeball shakes. Fist pumps and high fives ensued.

Still no Skorupi or Croagunk. But I’m going out for a hunt later today.
And that shiny Delibird, still 0 seen.

Did that at Walmart with my son a few weeks ago catching our first Lunatone.

@MrHeineken88: Same. I have caught (or just shiny checked) hundreds of them too!

@bobbyjack8: Good to know that I’m not the only grown up who drops everything to catch that sought after Pokemon. 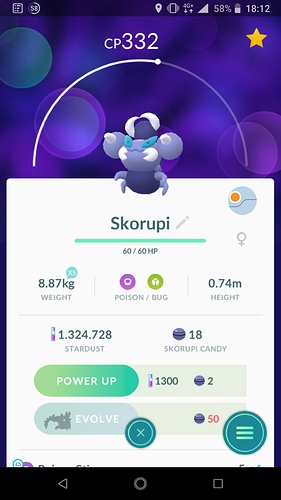