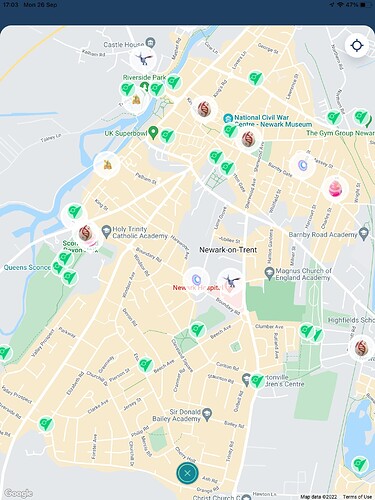 Other than that she doesn’t have a clue what it can be used for. There was no warning given of its appearance, no instructions for use, or chance to decline.

Anyone know anything more about it?

From what I’ve read you can invite others to Niantic Campfire. I’m not yet sure what its use is, though, but it sounds interesting.

I thought it was a separate app - for chat, organising Raids and suchlike - in Go and all the various other Niantic games.

I had no idea it would be clickable from the Go main screen.
I should point out that other than showing the map you can’t see or do anything else.
…then again Mrs c. hasn’t downloaded the app so maybe that would increase functionality?

There is indeed a separate app that only works if you’re lucky enough to get invited. I’m not sure what it does though as nobody has invited me so far.

Wizards Unite had a similar feature

What features should come to Pokémon GO? Futurism