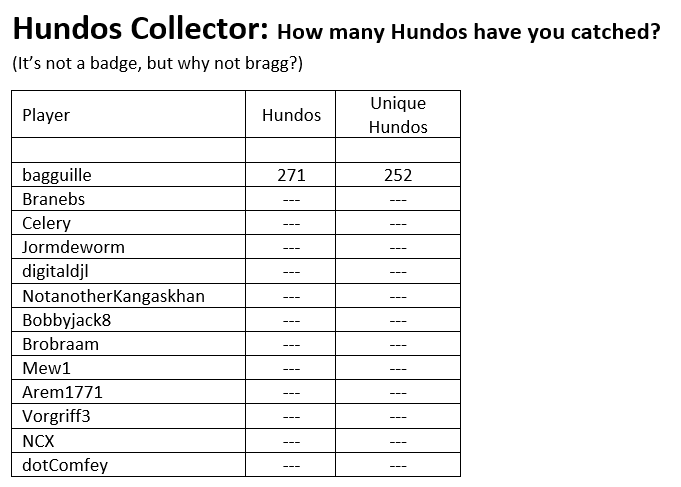 These are your Hundos, are they all unique, or are doubles? 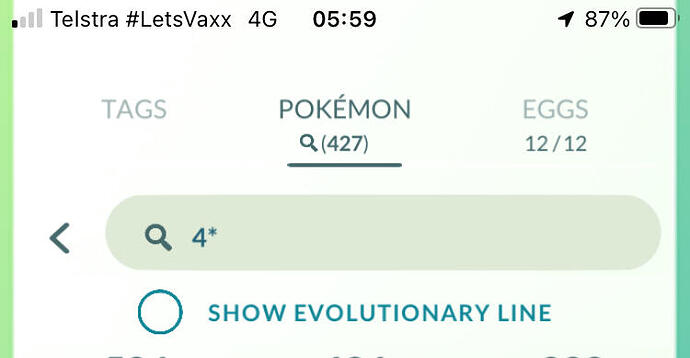 There are multiples of some Pokémon in that number. I don’t have time to sort uniques unless there’s an easy way?

Nearly… your number appears with the searchstring 4*, which finds all Hundos.

The other is looking in the Pokedex, in the filter-button down right of the screen. There you take Perfects
and it shows you the unique Hundos. I say nearly, because it doesn´t take in account the Pokémon with costumes as differents…

Cheers, forgot about that search option. 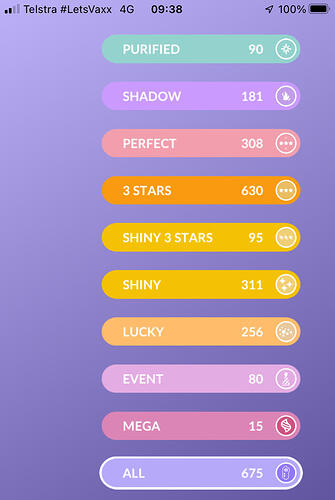 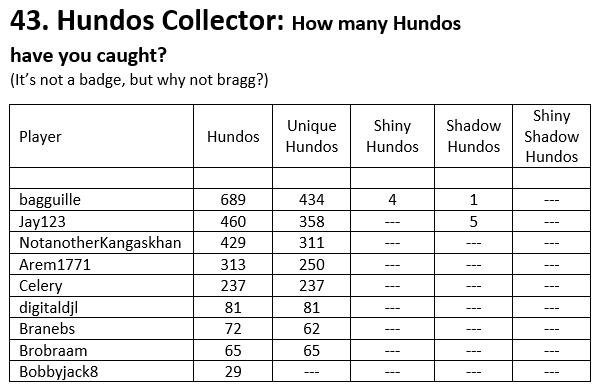 Very interesting. It now shows I have 89 unique hundos in the Pokedex and 90 hundos in the Pokemon storage. But that’s obviously wrong because I have several duplicates in the storage (2 Dugtrio, 2 Gengar, 2 Dragonite, 2 different forms of Ninetales, 2 Ampharos, 2 Crobat, 2 Forretres, 2 Blissey, 2 Aggron, 2 Wailord, 2 Whiscash, 3 Staraptor, 2 Rhyperior, 2 Accelgor). Also, for example it now shows every stage of Mudkip evolutions in the Pokedex although I have only 1 hundo Swampert in the storage, but it doesn’t show every stage of Dratini evolutions in the Pokedex although I evolved it all the way to the Dragonite during its Community Day.

I actually have 75 unique hundos not counting different forms (e.g. Alolan forms). If we count every evoution stage that I ever had, then it’s circa 142.

Hmm, the last information about you I have is 82 hundos (searching 4* in your bag) and 76 Hundos uniques (looking in the Pokedex).

76 is with Alolan Ninetales.

More crazy, a moment ago you have sent your Pokedex-screen and it shows 89 Perfects…