Weather system: Adjustment on spawns according to weather conditions and landscapes

Recently, it is confirmed that weather system will be implemented into Pokemon GO very soon. As expected, Niantic has gone through @Dinsara92 and my ideas. To prove it, Niantic adopted our ideas and announce it to the public, which is our honour to be the chosen ones.

Back to the business, what do you think about the weather system? You may comment on it down below.

Here are some of the screenshots which show the weather system. 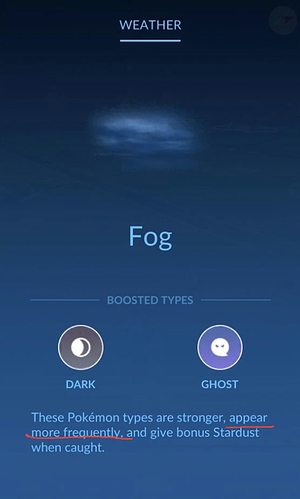 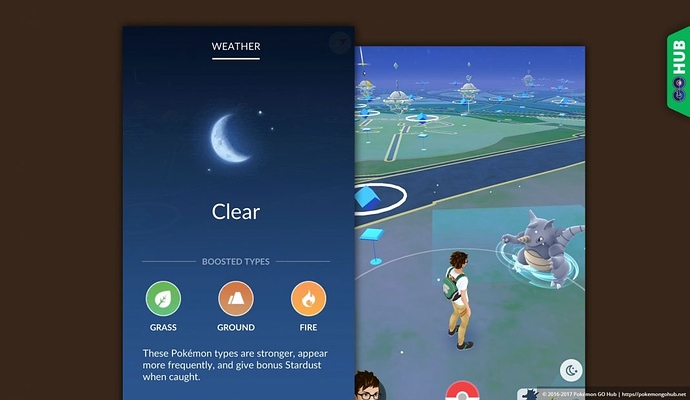 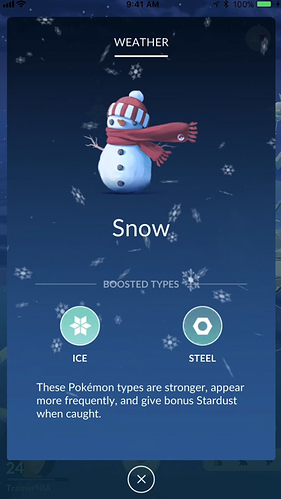 For more info, please click on this link.
https://pokemongohub.net/generation-3/weather-guide/

As long as those spawn changes made when weather is different are actually visible, it’s awesome! Though, here in Poland we’ll most likely have rain rain and clouds.

The joke in New England is that if you don’t like the weather, just wait a minute. I wonder if the game can keep up.

well you may gave ideas but you did not created the hole idea in general.They aded the weather because otherwise castform was going to be useless 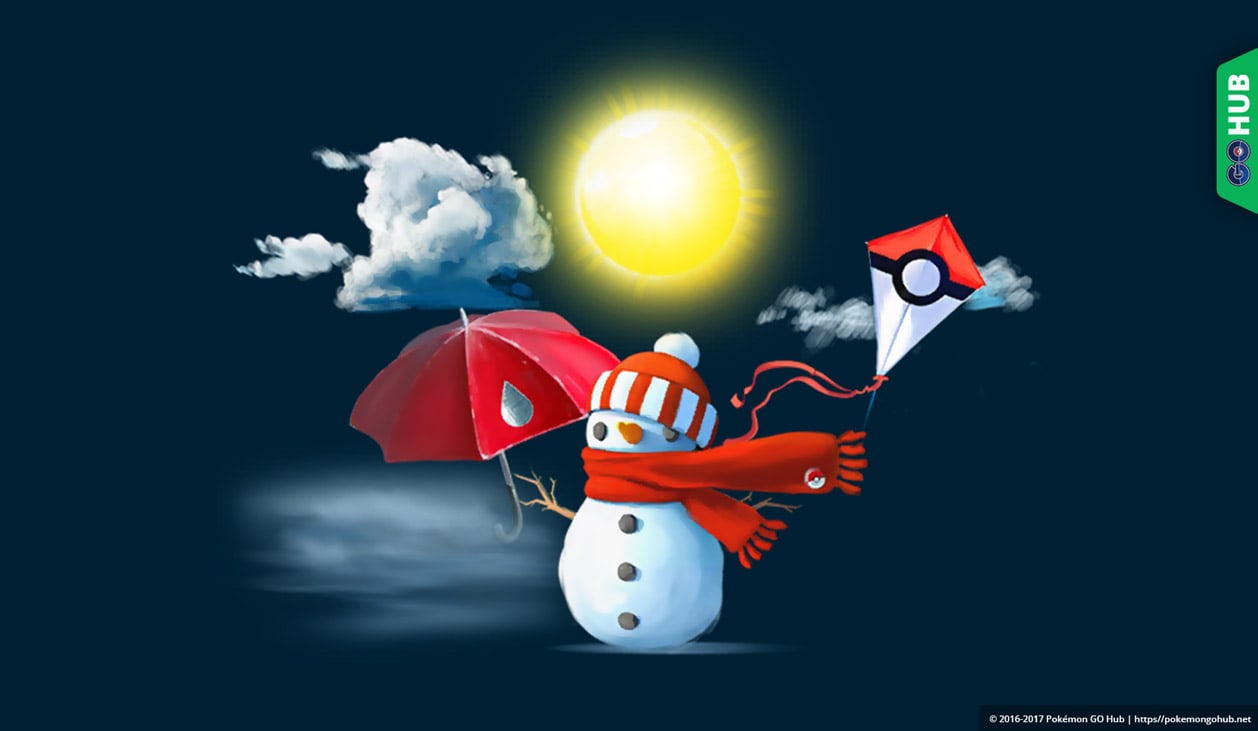 Over the past 48 hours, we’ve received a metric ton of Pokémon GO Weather related questions from our readers. We understand that there is a lot of confusion going on, so we’ll try to answer all of those questions in a succinct manner and as accurate...

I live in a subtropical climate with hot and humid summers and mild winters in Charleston, SC (USA). The new weather update has been spot on given the current weather in my area since the update went live some 10 hours ago (4pm EST time). At dinner tonight when I checked the app and it had stopped raining the environment changed from rain to cloudy. When it started raining again it changed from cloudy to rainy. After 12pm though it has been raining (from clouds obviously) but the predominant weather meter in my area has stayed cloudy. I consider this a win for POGO as the precipitation since 12 is less than the overall cloud coverage not producing rain fall across my city as my local meteorologist updated me at 11pm.

Similarly, when it was raining, cold, and windy all at once the spawns increased due to the rain being more prevalent and the wind being 10-20mph (which was awesome rain and wind spawns). Recently, its just been predominately cloudy with a steady drizzle for the last two hours. Only in the last 30 minutes when the rain picked up to more than a drizzle did my spawns change from cloudy to rainy spawns. So curious to see where Niantic is pulling their weather updates from and pushing them in game. If any GoHub members become wise to this please share as we all have a lot to still uncover with the new weather update.