Well, Zubat, it was so hard to aim, but we have new anti-aimer. Kyogre. Look: It’s so hard to aim on him, add very poor amount of horrible balls, and you got hardest Pokemon to catch. Even worser than Mewtwo, since it at least doesn’t sit in corner of your screen with like 1 cm area to make ball land.

So dont throw the ball when hes on the side. Have patience. Let him sit in the middle and wait till he does his attack.

I wondered if nanabing him is good idea, considering capture rates are insanely low

No, use a golden razzie and wait for him to sit in the middle and attcak

Kyogre looks difficult as well, but I haven’t had the chance yet

If you can, use AR+ that way you can walk right up to it and get easy excellent throws.

If it is harder than Zubat then it must be insane…

I can tell patience is the key to capture Kyogre. Well, it’s not too hard to aim when Kyogre stays at the middle of the screen. Just wait till Kyogre attacks and followed by throwing pokeballs. Observation is necessary before throwing pokeballs.

I find Yanma harder than Zubat.

If i only i had money for iPhone…

It was awful to hit. Even though it just moves left and right, real slow. It’s hit area is small.

True i used that catch my Kyogre

: For those who aren’t aware, if Kyogre (or any mon) moves to the side of the screen, hit the AR button then hit it again / cancel out immediately & they will reset back to the middle of the screen.
Also, I’ve done three Kyogre raids & the only one I’ve caught was because I used the AR+ mode to get close then throw. I think this will be another Lugia for me 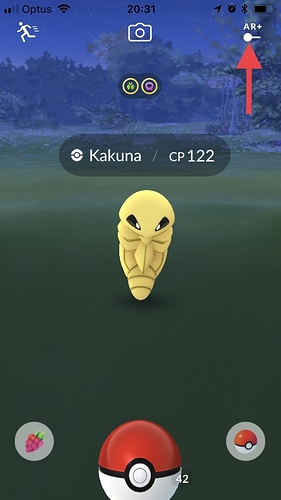 Well thats critical info for Kyogre since hes always moving off to the sides. Great tip, thanks

Does this work without AR+ mode?

It actually works without AR+ whenever you switch to normal mode. However, it’s not possible for you to get closer to the Pokemon without AR+.

Well, another (not saying its legit) attempt to catch Kyogre. First off: BLIZZARD IS INSTA KILL, and more importantly, if you have huge amount of balls (+10 i would say), then you should try nanab him while he’s in center. By that, you can try to aim on chill, since he won’t attack or move. But, if you got low amount of balls (6-8 balls (spoiler alert: i received 6)), then you should really think what’s worth more. Nanabing him so you can peacefully throw at him, or give him gold berry for higher chance of capturing him but struggling to aim on him. I decided to use nanab method, since i’m YOLO, and i caught him on second try.