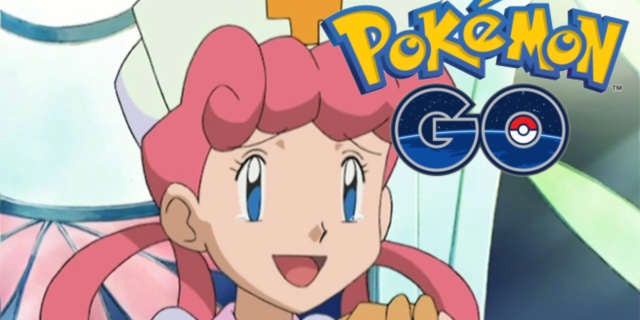 During Pokemon Go's Hall H presentation at SDCC, Niantic Labs CEO confirmed that players would be [...]

This would be awesome. Blissies and chansies will then be nurses. As counted Pokémon we put in gym to earn coins. In that sense people wouldn’t put them in gym and it’s be better. No need to nerf blissy yet still more rooms for other Pokémons to be in gym!

Intriguing. I’d really like to see something like that implemented. Especially the thing about training centers/Pokemon training would be awesome if it offers an alternative to the endless grind for stardust to power up.
It’d also connect back a bit to the spirit of the core games, which I’d love.

This could also indicate that breeding may be coming soon.

Yes!! Well said. I know a lot of people say that Niantic really doesn’t want it to be like the original game, I think they are saying they want it to be more of a community thing like Ingress, but I hope you are right. I certainly would love it more!

Once breeding happens is going to be all over for me. All I will be doing is breeding. I’ve become so obsessed with it in the original games! But that’s a good thing for me because I really love it.

I never really understood why the two were supposed to be mutually exclusive. Especially since so far, PoGo isn’t all that social. Sure, we had that summer last year when everyone was out playing, but these days it’s mostly just a handful of people in my city, each doing their own thing. There’s no trading, no direct pvp, no events to cooperate on, despite what was shown in the original trailer. The core games are more social than that.
So yeah, I hope they can do both, add social functions, and functions that are reminiscent of the original games.

Agreed. Well said. I think Niantic is trying to change that by implementing events like the pokewalk (which, from what I read, was a bit of a flop) but I really just want it to be more like the original game. I am beyond ready for trading and breeding, but the gym rework obviously takes precedence.

This could mean the end of the never-ending cycle of putting transfer Pokemon in gyms !!!