Withdraw or Not to Withdraw 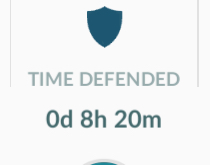 Would you want to withdraw your mon after it got max time in the gym. Or do your demand Niantic to give more coins.

Giving you the ability to get 100 coins in 1day or more depending if your mon has gone days in the gym. With the withdraw feature you get your coins ASAP since yah we all want dem coins quick.

No to all you said IMO.

My opinion aside: not going to happen, Niantic will never change the coins back to 100 per day (or even more as you suggested). So daydreaming about this is nice, but useless

This differs per region and how many gyms/players you have but for me:

There is one thing i’d like to see concerning coins (which i have posted before in other topics):

100 coins is abusive and unnessecary, plus as Puncia said, its all about the business model. It allows for the average player to get more coins than they would have (which means they will play more and possibly buy more coins rather than leaving since they cant get coins), and it slows the big players down, which makes them buy coins (sometimes). I like the 50 coin limit, it makes it more even for everyone and keeps all people on the same level when it comes to coin generation. The 1 day carry over is nice, but alas it is a pipe dream.

Tbh we aren’t all even regardless. Higher levels do more work than lower lvls. But i guess i understand the abusive defense but without more coins actual players with a win pattern get 50 before noon…

With more coins means more turn over and more combat. I am legit left with half the day or more with nothing to do cause i either already raided or got my coins(50) with it being 100 it means i gotta work double as hard.

Example i had 7 mons out last night all but 1 died before the turn over. I got my 50 from 1 mon when i woke up. THE DAY hasn’t even started now what? wait till raid? I already got another 7 mon out just for respect of having gyms i want. But now there is no reward for my mons.

Niantic can easily increase all item prices. Also most the items in the shop are not even good. 10 max potions? HOW ABOUT 50 max potions for 500 coins or more than 500 since we will be recieveing 100 a day maybe even 1200 coins for 20 max potions. I doubt anyone really buys anything except the bag an mon upgrades (not including special boxs)

edit- back when 100 coins was a thing i never even did gyms. Was to low lvl and was only into catching pokemon. Now im higher level and enjoy rewards of coins and catch less pokemon. There is no reward for battlers who just want to battle all day. Maybe where coins lack we get more stardust?

No, the current system supports players leaving a gym for a few hours longer to other players better. With the withdrawl option, players would start to designate gyms to specific colors, like “The gym at the Old Church is designated yellow and should always remain yellow, everybody else must be kicked out!” While, with the current system, teams have to rely on other teams, to kick them out (for the coins), and to simply let defenders lose CP over time so it can be reliably captured, even by a relativy low level player.

Reliance on other teams, and answering that same reliance other teams have on you as well, improves community.

As for the 50 coin limit: Say, Niantic decides to increase the coin limit to 100 a day. How long do you think it will take before people start to wonder whether it could be increased to 200 a day? More is nice, but there’s always more than more as well.

200 is tooo much. The items would need to need a triple increase in price then.

Niantic wants you to spend real money in the shop so you aren’t going to get more than 50 “free” coins per day.

Niantic should know that even if you get free coins there is still possibility for the trainer to buy coins.

Just cause i make 100 a day don’t mean i need more coins. I call for a price hike. Make raid passes 300 coins and make free coins 100. Everything else also gets more heavily priced and more variety of items(larger quantity)