Which generation did you grow up to?

I’m curious about when some of you became obsessed with Pokemon as a child. I am quite old school because I was 9 and 10 when I became obsessed with Pokemon in 1999 - just before the second generation of Pokemon came out later in 2000. I cannot believe that it has now been 20 years since my little brother and I went to go see the first Pokemon movie. My time of being into Pokemon as a kid was during generation 1 and 2. The interest phased out by the time I was in the 6th grade.

I’m old, so I was an adult when I first became obsessed with Pokemon.

It was the same time as you though, right before Gen 2 came out. I played the Gen 1 games, watched the anime, and started drawing them right around then and was super excited to see what was going to be in the next games.

1999, so I would have been 23, going on 24. The generation I would say I “grew up” with would be Gen 2. By that time, I was catching up on Gen 1 and Gen 2 was the first “new” Pokemon experience for me. I actually downloaded an emulator on my computer and played the Japanese version before it came out here. I couldn’t read any of it, but I understood it well enough. lol

I didn’t know that the Gen 1 Pokemon would also be in the game, so when I grabbed my starter and headed out, imagine my disappointment when my first two catches were a Pidgey and a Rattata. lol

… I then caught Sentret shortly after and it’s been a nostalgic favorite ever since for that very reason.

Honestly, before I started playing Pokémon GO, I knew about the existence of the Pokémon games, but that pretty much is it.

Pokémon came out when I was 20, so I never knew anything about it, until my son got me to play PokemonGo. So we have been getting the DVDs of the old cartoons as they’ve released the box sets. He also has gotten all the games starting with Xand Y

When the first version of the game comes out (1996), it was the Pokemon Green and Pokemon Red, I was 38 years old. My little nieces pushed me to play with them the game. And now I’m here the old, old player with my 61 years and still playing. But I know that these nieces are still playing as well…

Well my very first video game was red and blue, it came out in the U.S I believe in 1998, so I would have been 6 at the time, I got both and a Game Boy Pocket for Christmas that year (I still have all 3 safely stored at my parents house) and ever since then I’ve gotten every main Pokémon game (minus LGP)

Being in my mid-30s now, I was a teenager when the first games came out. I noticed, that the games and the anime were a thing, but I was never interested myself. For me it was a boys’ thing… And although I didn’t care about what’s for boys or girls (that’s how I became a software developer), it just didn’t appeal to me. And I was a SEGA kid… so no Game Boy anyway…

My starter in Pokémon GO (I chose Bulbasaur) was my first Pokémon catch in my whole life.

I ordered a copy of Pokémon Shield, though… so Gen 8 will be my first “real” Pokémon game. (Assuming that Let’s Go as a remake doesn’t count)

Now I remember, I still have the first Gameboy in my Holiday-apartment. It was a special version with a yellow surface and a Pikachu printed in one corner. 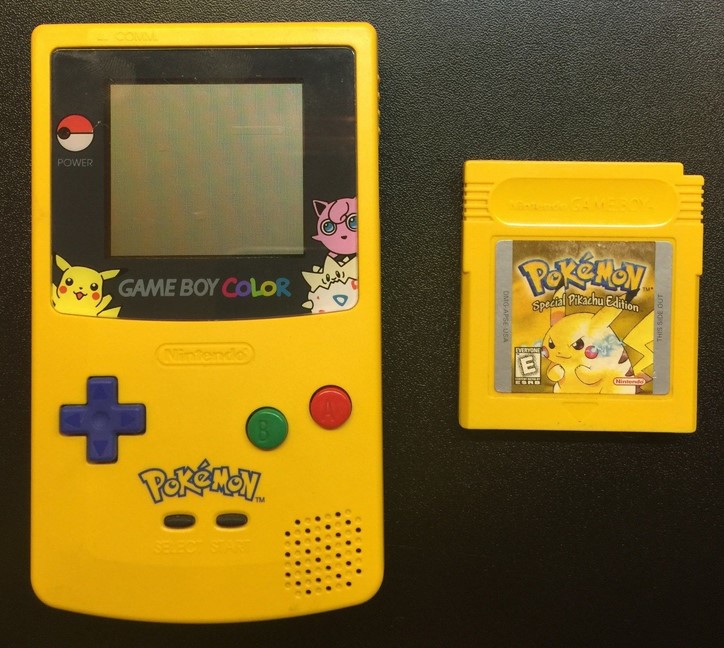 My first time playing Pokemon was on that gameboy. My parents told me when I was seven or eight that I should play Pokemon red as they would replay Pokemon blue and yellow. They already were Pokemon fans. That is how I got hooked into the games. Then I went to play Pokemon gold, and when I grinded all out the game (ended playing it with level 100 Lugia, amoharos and mew from lvl 7 mew glitch in Pokemon red), and the rest of the team level 90

Yeah, at the end I learned a little bit of hacking, using a trick in trading, so at the end you had the same pokemon in both gameboys.

Black 2 was my first one, have over 550h on my cartridge

I didn’t really grow up with them, but my first game was Pokemon Y. I loved it enough to go nuts in getting the other games, and Platinum and SoulSilver are my two favorite ones. 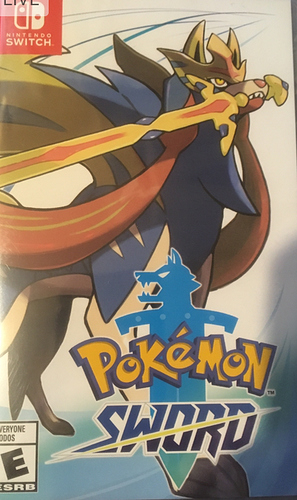 Back when I was a kid, we were mostly into the anime and did not have gameboys, but we did collect Pokemon cards, toys, and played some games on Nintendo.

What got me hooked was Pokemon yellow. My three older siblings had each gotten a version of the game a few years after their US release. I was five at the time and one of my older sisters gave me her yellow version. I had been so charmed by that cute little pikachu and still play with it occasionally 20+ years later.

I sorta knew about pokemon because as a kid my friend both watched the anime & also played smash bros. But the first game i actually played was heart gold, mostly because i was obsessed with the pokewalker. Though i later fell in love with pokemon black and white.

I am currently replaying alphasapphire, with the shiny badge quest. Almost finished.

Favourite still is Johto, even though I started my Pokemon journey in kanto. My parents let me play Pokemon red in 2010.