What's Next For Special Research?

Many people, myself included, have got a Mew now. It is decently strong in battle, and gets an insane amount of moves. But now that we’ve done that, what is next for special research?

This seems like an easy question to answer. It will most likely be Celebi, the mythical Grass/Psychic type Pokemon. Celebi will likely be decent in the meta, and depending on its moves could even beat top attackers such as Exeggutor and Venusaur. 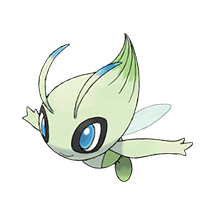 Niantic have prepared for this. They knew long ago there would be a lot of special research, and designed it around that. You can see on the screen, after you’ve caught Mew, that they’ve left room for more.

But what will happen to those who haven’t finished the current Special Research yet? Fast finishers shouldn’t have to wait for slowcoaches to finish but people casually playing the game and taking their time shouldn’t be rushed. People can get unlucky, and certain Pokemon can evade for long periods of time.

It should take a while though to complete these tasks. This is Mew we’re talking about. But Niantic will need to be careful not to harm any of their fanbase when they add in Celebi, or whatever other unlikely case may occur.

Yeah, I think maybe in July Celebi will be released as a second line of tasks, which you only see after you find Mew.

They probably just won’t let you start Celebi until you finish the Mew quest.

Maybe the screen gives a hint…

The text seems to be in two different fields, the second (here for Mew) is completed, and the first advice that there will be more research quests.
Could be that in case of Mew quests still not finished, both will be active.
Could be interesting if anybody who has not finished the Mew quest could send us a capture of his screen, so we could compare.

Yeah, they should do both simultaneously or wait until you have mew. They aren’t just going to cancel mew quests as lots of people dont have it yet

How long should we wait for the next research…

Well, Niantic did say there would be new special reasearch to coincide with go fest 2018. So sometime in July, I guess

I don’t know if this is what @bagguille is looking for. I have not completed the quests because I just started really playing again maybe a couple of weeks ago. This is what my screen looks like currently.

Many thanks… well, what I see is, that you can’t see the other text about new research requests.
This tells me, that maybe the group who says, that you can finish it and will see the new one after fullfilling, is more probable than that both lines of requests will be in parallel.

@Necrozmadabest @SnivyStar what I actually think, is that if they add the next Special Resaearch and you still need to finish Mew, you have to finish Mew first before starting on the next one.

as i replied in another topic, my prediction:

so no Mew is no quest for Celebi.

That’s what I personally hope for.

That would make sense

This topic was automatically closed after 23 hours. New replies are no longer allowed.