What Do you Think About Pokemon Costumes In Pokemon Go

As we all know that On 13 Sept. 2021 Pokemon Go Team declares more customized Pokemon costumes. As we get to know that Furfruo will be making its Pokémon GO debut! and also the customizing form-change mechanic.

Also, there is one more Form “Heart Trim.”

What you guyss think about it, Share your views!

I’ll definitely try to get La Reine trim whenever I am in France. Overall, I think the idea of furfrou is cool; but I’m not that into the Pokemon myself.

With this 8 forms the amount of collectionable Pokémon rises considerable.

I’m not sure what to think of costumed mons; but my life won’t be complete again until Pikachu gets a new hat.

(Virtually all of them seem to me like a waste of time and resources.)

At least shinies can evolve into useful forms.

Out of the new bunch:
Beatnik Sneasel

This is carrying on the mechanic from the core games with Furfrou, but it’s actually better. Why? Cuts in Pokemon X and Y were temporary. After a few days of play, the Furfrou’s coat would grow out and return to the default form. Here, you keep it unless you invest to change it.

I don’t see why I should change the forme of Furfrou.

I much prefer natural pokemon to costumed pokemon. It would be great if Niantic would give us the option to disable costumed spawns (a natural spawn of the same pokemon would be seen instead) or give us the ability to remove the costume/s.

There’s nothing worse than getting a costumed pokemon that can’t evolve and has the best IV for PvP or is a hundo. Removing the costume would enable it to evolve.

I didn’t mind they did Pikachu Hats. I draw the line at that and despise costumes or hats on others. I send them straight to the Professor. Luckily I’ve never got a 100%.

I’m okay with costumed Pokemon, but they fill my storage fast and I’m already maxed out. I would like to see clone Pokemon and Armored Mewtwo again, because I couldn’t get them when they were in raids. 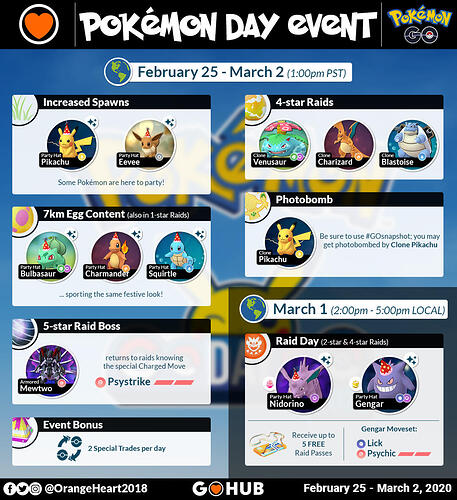 Where are Team Rocket costumed Pokemon in Pokemon GO?