What Are Your Goals For Pokemon Go?

I got the unown 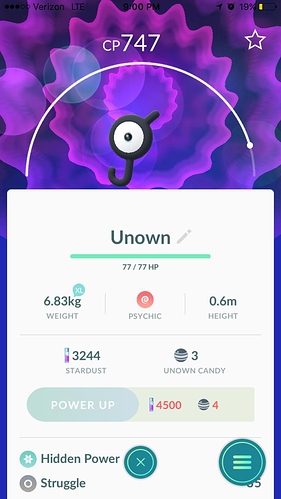 Goals were;
A) to get to TL40 (done)
B) complete the available dex via actual travel to see parts of the world I haven’t seen (still need Farfetch’d, Heracross, Tauros, Raikou & Entei)
C) at some point get all the Unowns (only 2 so far)
D) max out all of my 100% mons (stardust event has come in handy)
E) catch some shiny mons (got 3 so far including a shiny Pichu)

“To catch them is my real test, to train them is my cause”. In quoting a portion of the theme song from the Pokemon Anime show I mean to say that my original and now only goal is to train my Mon’s, and in turn exercise and grow in this world all the while leveling up in the Pokemon Go world so that I can help my Mon’s reach their full potential “in a world we must defend”.

It’s a horribly boring goal given the current sate of the game. Gyms are broken. There is no competitive aspect to gyms that allows a trainer to test their Mons. The in app purchases via coins won from defining gyms isn’t reflective in respect to how day to day users would like to spend their coins (raid pass/ incubator conflict). The only reason why My Mon that I place in a gym is as strong as it is, is because of the motivation I kept while I searched for another Abra, chansey, dratini, etc. in order to power up my best version of those pokes to help defend gyms or take down a gym. I’ve never trained my Mon’s to loose motivation in oneself so where did it learn that from? It wasn’t me. I can’t even let the Mon’s that have been with me through it all (2,000 plus battles) know that I haven’t lost motivation in them despite Niantic doing so because golden razz berries awarded from raid bosses are few and far between. Basically, my goal is to play in the direction in which I started playing all along; exercise and grow. I just hope Niantic recognizes that it needs to promote in game growth for trainers again.

Bring back gym prestige so we can train again!

Agreed, there needs to be something to do at gyms other than battle against weak Pokemon. Until then, I try to approach POGO as I did during adventure week (get out and go). My avatar is still rocking the hat from that event to remind me of this.

My avatar as well is wearing this hat, and I don’t think to change him, it’s what most catches my way to play

I will be satisfied if I’m able to join an Ex raid.

Hehe, anybody has his own meta… I’m a little bit sad not to have the legendaries in my Pokedex, but I don’t like this fights in the Gyms and I would apreciate a lot if there’s some different way for players like me to get them as well

In this case I think Niantic is going to make all legendaries available only in raids.

Yeah, I´m affraid your right, but maybe later they open the exchange market, and I can get them there

Idk why even the rumour shows mythical Pokemon will be battled in raids.

Allways the same trouble for me… the pacific collectors, which don’t want to fight or interactuate with other players, have no chance to complete the things…

Go Hub is right. Pokemon GO can’t be equally fair to all players especially rural players. Most of the Ex raids are held on cities with large population which rural players can’t participate in them. Niantic should develop another cooperative system rather than raids.

Hey, that’s the solution about which we have never spoken… It’s NOT to change the rural situation, so it would be equal to the play in cities… It’s giving them another style of play which you can’t do in the city…

I deny the way of catching legendaries. Raids could be awmsome when we’re given an alternative way to capture a pokemon. However I think Niantic has abused the raid system. With the raid system, players are polarized which some of the players get a whole bunch of legendaries but the rest of them may only get 1-2 legendaries or even worse than that. 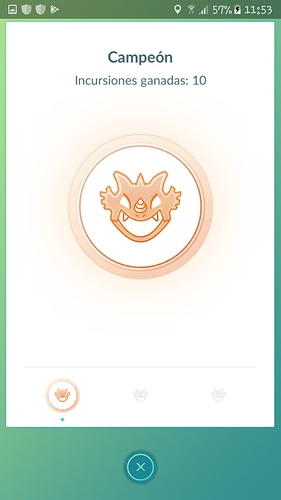 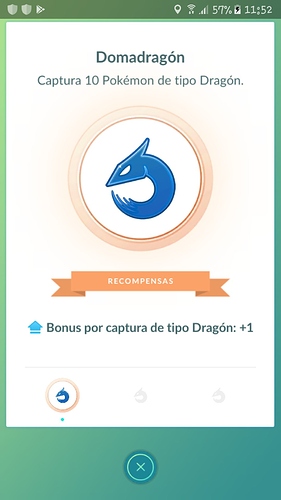 Mine have to be to finish all the badges that I can (I.e not training gyms and legendary raids)
Get all the shinies
Also might try to finish a living dex at some point

How ambitious you are, I would go crazy!