In the old system, when I tapped the appraise button I would get approximately 4-6 pages of info in the words of my team leader. I would only really use two of these pages to judge my pokemon. The first page was an “overall” rating like “Overall, your ditto is a decent pokemon.” I think there were four possible overall ratings so I’ll call them 0 to 3. Then later there would be a “stats” rating like “I’m blown away by its stats. WOW!” Again I think there were four possible ratings so I’ll also call the stats ratings 0 to 3. If my pokemon scored the highest in both places i.e. 3 and 3 then I would mark that pokemon as a favorite so I’d know to keep it. I’d only spend resources powering up and evolving pokemon that I knew I wanted to keep. (Yes, I know there are things like PokeGenie but this was just the method I used.)

Anyway, now that there’s a new system I don’t know what to make of it. Instead of two ratings I only get one rating from 0 to 3 stars. Does that star rating replace both the overall rating and the stats rating or does it only correspond to the overall rating? Do I need to look at the actual stats underneath the star rating and judge for myself how good they are instead of having my team leader do the math for me? I need to know if there’s some way of using the new system to see if a pokemon would or would not be marked as a favorite if it were still using the old system. If I can’t figure that out then I won’t be able to keep marking pokemon as favorites, or else when I see a pokemon marked as a favorite I won’t know if it was marked using the new system or the old system and so I won’t know how much that stamp of approval is worth.

This one literally tells you the IVs in all three stats, its that easy

You’re reading it far too much.

The stars act as a quality range, while the true measurements are in the Attack, Defense and HP bar graphs.

It´s easy:
Each bar has 3 sections. Each section is valued at 5. So more to the right the better it is.
If the 3 bars are onto the right you will get a 3 stars with a red background. That means it´s a 100%.
The new system is better since you know what the pokemon has. For example: for a PvP you will want the attack and defense to be higher, so HP can be 2 if the others are 15.
For a gym you can want a defense and hp.

Idk if this will help you or not, but here is the breakdown of the bars, that way it’ll be easier to figure out the ivs 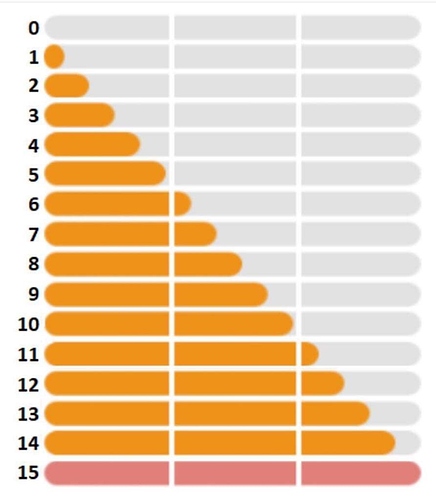 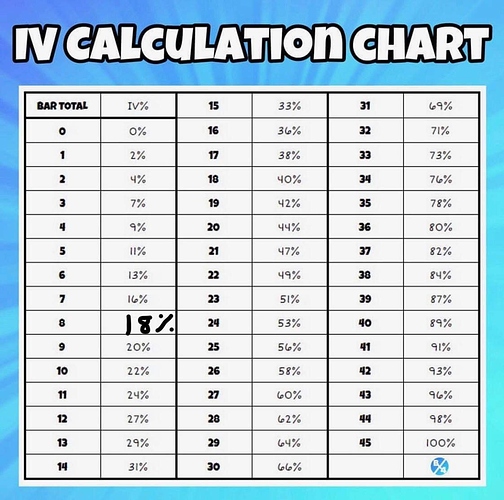 Thanks for the help everyone. It sounds like you’re saying the overall rating is still separate from the stats rating and I gotta do the math myself. But even if I do that, I still won’t know what the cutoffs are for comparing this to the old system. Let’s say I calculate a percentage like @Brobraam said. How do I know if that percentage would have yielded the best response from my team leader in the old system? Would it be a favorite-worthy value if it’s over 90% or over 95% or what?

If it has 3 stars and one of the stats are full, that would be equal to what you were using before.

3 stars (including 4 stars) equal to amaze (Valor), wonder (Mystic), best of them (Instinct)

@Mew1 - I wasn’t confused about the overall rating part, just the stats part

Then those graphs from @Ryan21 should give very precise IV percentage for each Pokémon caught.

Stats are the only important thing, the reason people used percentages was to approximate the IVs - now you know the exact, no need for it

I don’t understand where the confusion is?
The new appraisal gives you the exact now. No more averages or ranges.

If stats are the only important thing, why did the old system have both an “overall” rating and a “stats” rating?