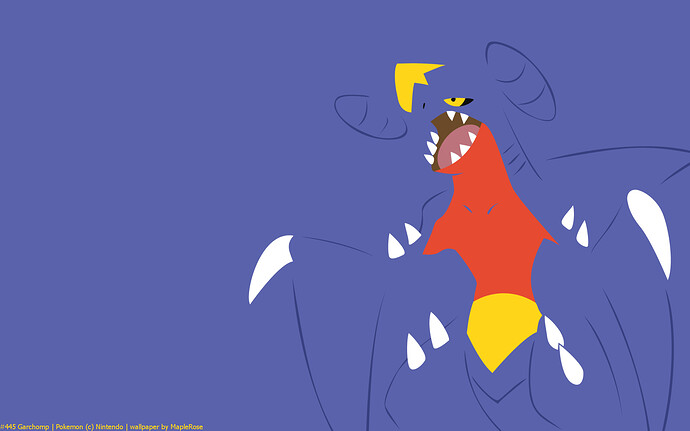 In a surprise move, the Pokémon GO twitter has just announced June’s Community Day, and it is one we have all been waiting for…. Gible on June 6th!   Advertisement […]

They listened for once😮.

Niantic is really always leaving me with surprises. Yes, they couldn’t really make more money out of it, but why did they announce the Community Day right now? I mean, this event was the last time they actually could make money out of it, but no one will be going to spend money anymore when they know they will get enough Gible during the Community Day.

Well, whatever. I’m glad they finally announced it!

…and I’m working that day.

I better trade hard up until then to give me lots of bag space.
6hrs of Gible Grinding plus the equal amount of random Pokémon I need catch after a 2hr drive so I’ve got stuff >100k to get all those XL’s. Speaking of that I’m heading off for that same 2hr drive shortly to get stuff for all the Dratini and Bagon I’ve been catching the last few days.

Can’t believe it took them so long, but at least it’s finally here

All I ask is for Earth Power. That’s all I ask.

I mean, this event was the last time they actually could make money out of it,

Okay, I’ll bite – what do you mean by “this event”? The only event mentioned in this is the June 6 Community Day; but that is clearly not what you are referring to.

I think the X event was supposed to boost its encounter rates?

Thanks. I saw Gible as a research task reward a couple of times during the timed-research event on Sunday, but don’t recall seeing any other encounters. And I’m not sure how it was a money-making event.

Whatever… bring on the Gible CD!

Luminous Legends X. I mean, obviously I’m not going to buy any more Incubators now, so I wonder why Niantic announced it right now. But I’m not complaining!

I’ve got a lot of work and I mean a real lot of work to prepare for this.
I maxed my bag of 4000 out on last weekends catches after driving 2hrs to a region that has 4 Towns 15min from each other from the central one. They are all population between 6-9000 with good areas for Pokemon Play.
By the time I’ve Traded all the catches from there for local Dratini/Bagon/Ralts it will be time to go back to get stuff so I can get XL Candy for the Swabluu CD as I really want my Mega Altaria to be L50 then it’s back again to get enough Trades for Gible XL’s.
Doing one of the CD’s there would make things easier but the wife likes the get away from the city which greatly affects how productive my catching/grinding goes.