Spinda Hunters! How many do you have?

I have 20 Spinda. I have found every Spinda except number 2.

Double gins all round… Spinda’s drunk again!
(And I don’t have to worry about throwing 5 great curveballs in a row again for a couple of months 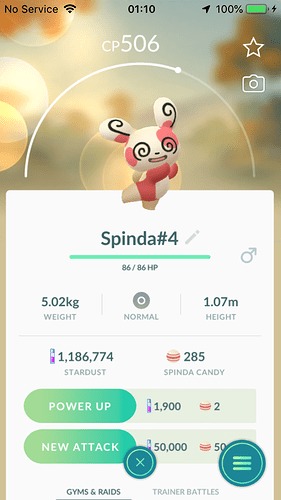 Whats the task this time around?

Same. 5 Great Curves in a row.

I have found every Spinda except number 2.

Congrats! But when was the last time we could actually FIND a Spinda?

As far back as I can recall, we’ve had to land 5 great curve balls in a row. I can’t clearly recall how we got Spindas before that, but when that started was about the last time I got a new Spinda.

It’s not often that I can land 5 great curveballs in a row when I notice it. If Niantic changed that task text to say just “Streak broken” instead of “Make 5 great curve ball throws in a row” I’d probably laugh my tail off, because I lose count of the number of times I see the former while pursuing the latter.

New Spinda tasks got more rare to find and harder to finish. I barely found the last 2 tasks. 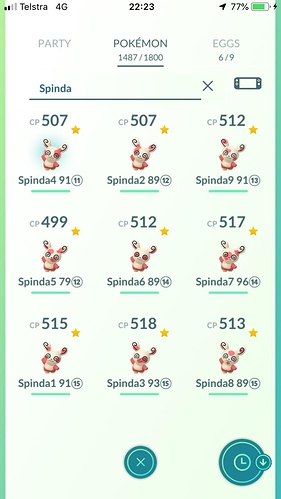 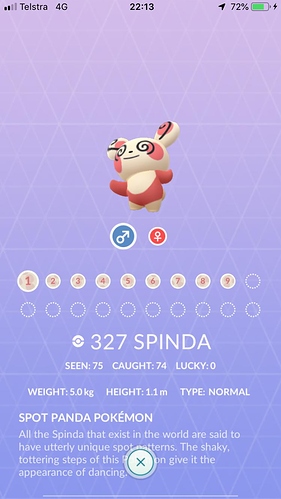 178 caught and seen, and I have all 9 currently released varieties. I even have one hundo.

254 seen, 174 caught, might have more left on the research stack/queue. 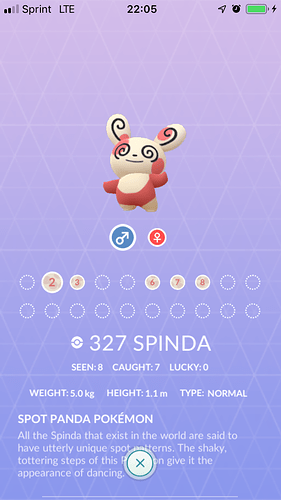 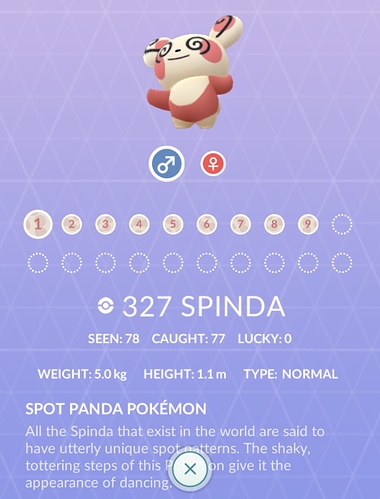 I think it was only the last new number that came out that was the ridiculous 5 Greats in Row.
The rest were pre that when it was easier to complete.
I couldn’t care less about the Shiny and refuse to carry around a quest and avoid trying to catch certain Pokémon in order to not stuff the streak.
I just see the long streak as infuriating and not enjoyable. Some may like the challenge, I don’t.
Removing the streak and changing it to 10 or 20 Great Throws would more fair and reasonable.
That would allow players to complete as fast or as slow as they want with much less frustration. 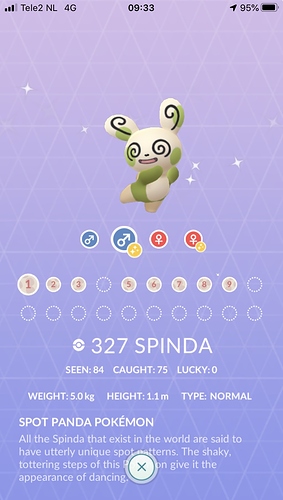 Sucks I’m carrying around a quest from Gigiregis day because my son doesn’t have enough stardust to trade me.

Got another Green Drunkie one today. Lol. Maybe four Spinda after last Shiny. And a normal Spinda too.

Today I finally got Spinda #2 from the research task! Now I have all of the currently released forms! 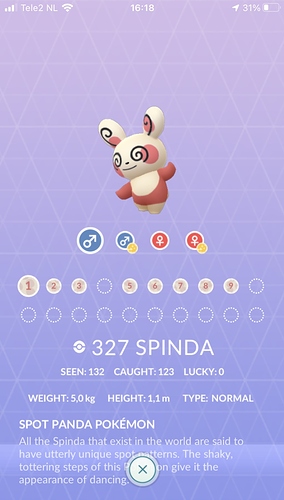