Speculation - Concept : How to add the baddies to Pokemon GO 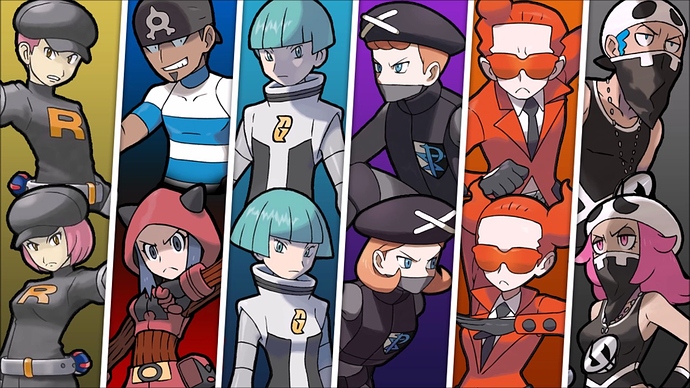 Hello Trainers, Today is the day my 10th concept is released to the world, and I’ve chosen to make it a landmark article by focusing on the antagonist of the franchise. I promised that Team Rocket was coming (2-3 times I think) and here it is. Since...

There are 2 comments that would make a fun way for playing on a Gym:
Getting the pokemon of the gym “stolen” for 45 minutes by some baddie, raising them for a level based on the player that fights them, defeat the baddie and catch a special pókemon or get a badge until you have 8 and fight a big name from the game (RED!!!), once per month, to get a chance to catch a special/shiny pokemon.
Like a guy there says, that would make people to get teams of pokemons to fight on gyms, instead of just getting 6 mewtwo and use them everywhere.