Looking at what’s happened on PokeGenie Raids over a few days is interesting.

First couple of days 2-300 people in the ques now today there’s 1-200 open lobbies looking for Trainers to join.
Makes you think players have gotten gun shy with bad lobbies that didn’t win or they got there Mega Evolutions and are 1 and done. Let’s face they are not enjoyable to throw balls at. Only Kyogre annoys me more.

Latios and Latias were never fun to throw balls at, especially during Raid Hours when you’re trying to catch a Pokemon while the troupe is moving onto the next raid. Honestly, I started collecting as many as I could for Lucky Trades.

A question, when you trade a Pokémon which has been Mega, does he need in the new account the starter mega energy, or is he marked as Mega Pokémon and evolves cheaper?

My guess is any ex Mega Pokémon is only a Pokémon in its non Mega when being traded. If it was an ex Mega evolved one I guess all progress is lost and it’s just it’s normal self. 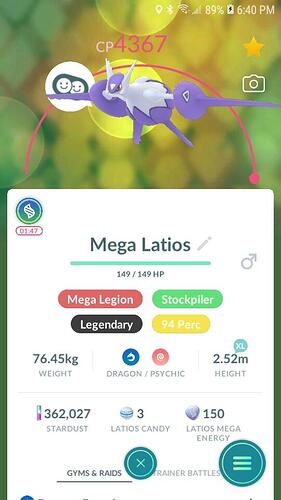 Already have a 98% Shiny as my Water attacker. Added this brute as a Dark option to rotate Megas through Mewtwo Raids.
I know I can TM the moves but I’d rather have designated move type Megas. 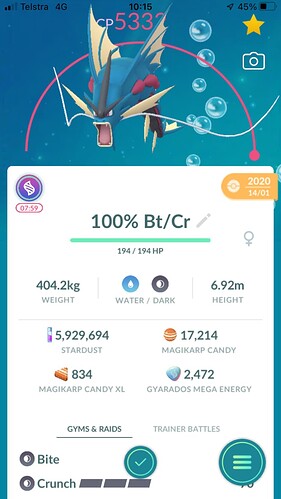