Since we’ve been having a lot of these topics now… 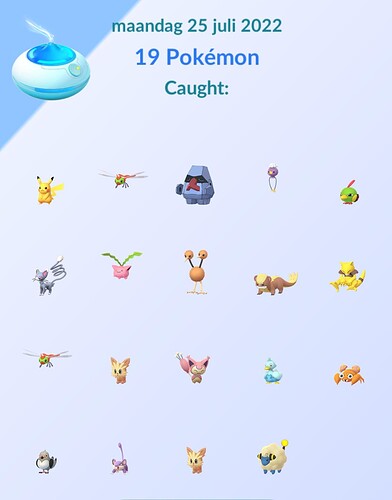 Just what I needed.

Apparently the last Skitty and Blitzle aren’t even on it. And one Pikachu didn’t make it either.

I intended to take a picture but somehow skipped past the opportunity.

Anyhoo I got a load of tosh too.

Mime/Ratatta/Pidove/Lillipup/Hoppip/Yungoos multiples. No Galarian birds or shiny - the only even remotely interesting spawns were a Spoink and a Sneasel.

My was a total crash… all catches have fled on the first ball, I tried with all three types, with and without berries, nothing. No catch at all meanwhile the incense was active.

I remembered to take the snap today! 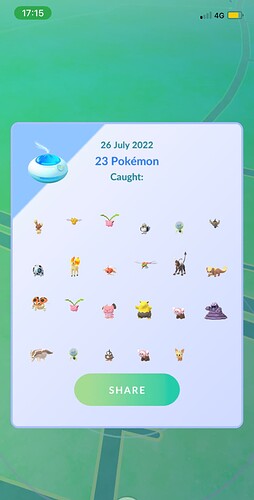 image828×1628 46.5 KB
I’d say the spawns were slightly better than yesterday - Houndoom, Phantump and an un-catchable Slaking… but still no sign of the Galarian Birds for me 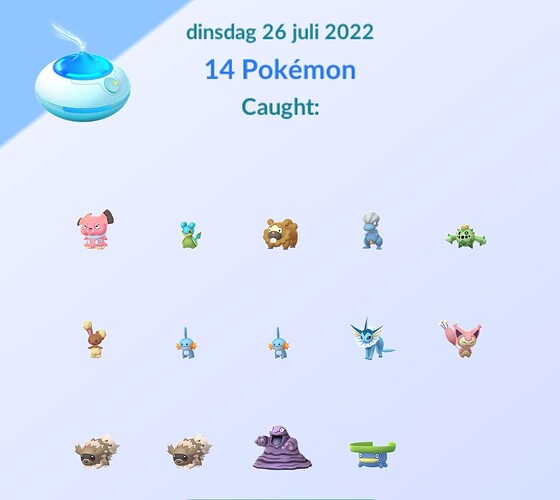 This was from yesterday. I’ll do another one this afternoon. Was stuck at an airport, and apparently signal wasn’t good enough to get some good spawn rates going. 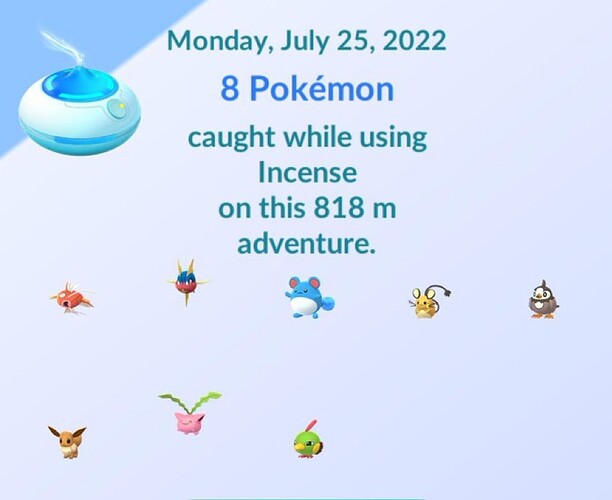 After the first 2 in Pupitar and Moltress ran on manual catch I used the remaining time with the Go Plus while I drove a Forklift at work.
Result is truely something that adds joy to the game.

From today. Had a Lapras insta-flee on me, and I was not happy about that… 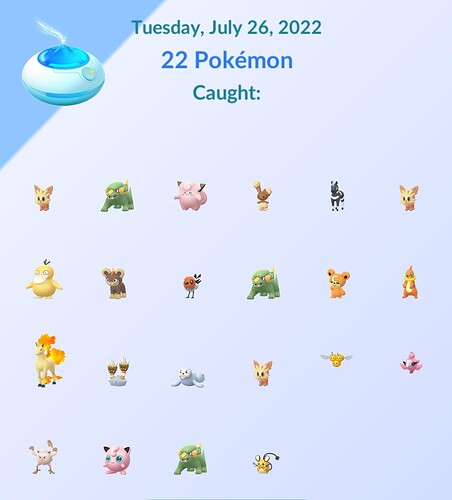 I actually caught 14 Pokemon. Mr. Mime was the last. 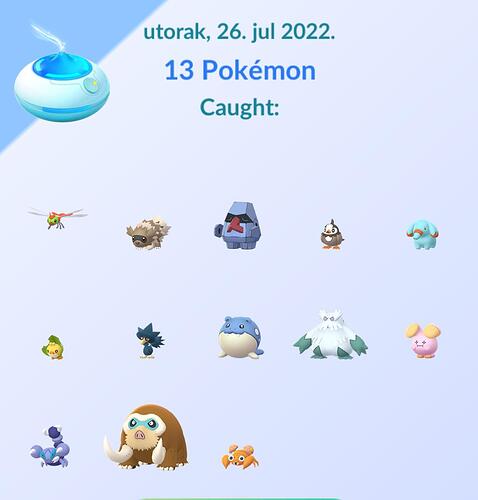 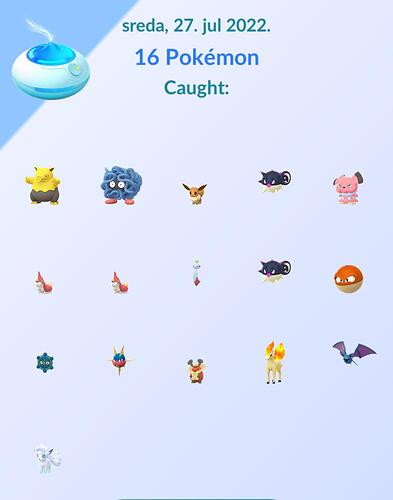 Gave your post a like, not because I like that your spawns spurned you, but because I’ve had comparable futility thus far with the adventure incense. It seems more like the incense that chases mosquitoes away, than the incense that attracts Pokémon. I knew right away that the purple 'Cuno was way too cool to let me catch it, and even too coy to stick around for a second throw. I was sad to be right in that prediction… 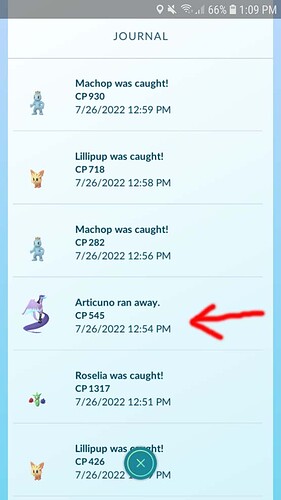 (On that page you can see 5 catches around that flee, and there were a few others during the incense’s 15 minutes; yet the game only gave me 2 catch-with-daily-incense credits. Whisky Tango Foxtrot caused that?)

Only the spawns off the stink bomb count for that daily summary screen.
General/normal spawns don’t count.

Secondary effect: my alt account has never had contact with a Switch, ando so there’s no Mystery Box.
And results that Niantic seems to have programmed this adventure incense around this Mystery Box. So, no Daily Incense for me.

Just another RNG-controlled attribute, as far as I’m concerned, since being an unseen property makes it something over which I can have no deliberate effect. Highlighted by the tiny fraction of spawns and catches that counted as incense-associated for me yesterday.

At least with shinies we can see whether they’re shiny before throwing at them. (Bah. Having a research task to accomplish based on an invisible feature leaves a bad taste in my mouth…)

What makes you think the Mystery Box has anything to do with the daily incense? My first daily incense came as a research reward. I haven’t had a mystery box since before the damnpanic (I mean pandemic

When I used the first Adventure incense in my normal account, I was confused and searching for the incense I touched the normal incense in my bag. In this moment came up a text saying: The incense and the Mystery Box cannot be used in the same moment."
And in my secondary account, which has no Mystery Box, not even appear the new research called A mysterious incense Part 1 and 2

When you touched the incense in the normal account and it gave you that error, were you USING a Mystery Box, or did you just have the Mystery Box in your storage bag?

Just in the bag, the last time I used it was just when the first time it was possible to get Meltan (january 2019)

Decided to go on a walk in the evening and it worked much better. Not perfect, but better.

Spawns are still meh, only somewhat good spawns are Audino, and Sneasel, and the Gible then even though it’s boosted by the event.

Still no Raid exclusive, evolved spawn or Legendary Bird though.