If you know any funny or weird Pokémon easter eggs or trivia, you can post them here!

In the main series games, when you breed either volbeat or illumise with a ditto, you have a 50% chance of getting the other Pokémon from the egg

In the main series games, you can breed skitty with wailord

You can just go to https://bulbapedia.bulbagarden.net/wiki/List_of_Pokémon_by_height and see many more illogical pokemon heights.

The only Flying types who have Flying as their primary and not secondary type are Noibat, Noivern and Tornadus

Also Tornadus is the only mono flying type.

Oh I love spouting off Pokemon facts. lol … Off the top of my head:

Rhydon is actually the first Pokemon ever created.

Slowbro is the only Pokemon that can devolve. If it loses the Shellder on it’s tail, it’s just a Slowpoke.

ArticUNO, ZapDOS, and MolTRES are actually named off the Spanish words for 1, 2, and 3.

The design on Poliwag’s belly is supposed to be it’s intestines, like a tadpole.

Pikachu is supposed to be a mouse, while Meowth is obviously a cat. Their dex numbers are also opposites: #25 and #52.

Girafarig was initially supposed to have two giraffe heads, which is fitting since it’s name is the same backwards as it is forwards (a palindrome).

Clefariy was originally intended to be the mascot of the game, not Pikachu.

Drifloon tricks children into thinking it’s a balloon and flies away with them. Pretty dark stuff. lol

Drowzee is based off an animal called a tapir. In Japanese myth, tapir eat dreams.

The bug part of Parasect is actually dead. The mushrooms have taken over and now control it’s corpse. It’s based off of a real mushroom that does the same thing.

Why are psychic types weak against bug, dark, AND ghost? Because they are considered the three most common fears in the world.

Gengar is known as the “Shadow Pokemon”. Some feel that it is actually the twisted shadow of Clefable.

And lastly: It is thought that Wobbuffett’s blue body might actually not be real and is just a decoy. The real Wobbuffett is actually the tail with eyes in the back that controls the decoy’s movements. It’s dex entry also repeatedly states that Wobbuffett will protect it’s tail “at all costs”.

Landorus’ French name is Demeteros, named after the greek goddess of agriculture and gran “Δημητηρ” (Demeter)

the paint on Smeargle’s tail is green normally, and red on its shiny. but in the gen 2 sprites, it was red normally and green on the shiny.

Kecleon’s pokedex says that it can camouflage every part of it’s body except for the red zigzag pattern on it’s belly. But in it’s shiny form, the only thing that changes is the color of the zigzag pattern

In gen 2 beta Umbreon was going to be a poison type, there was no lugia, and togepi and snubull were at the very end of the pokedex

Snubull in Detective Pikachu movie looks like my Shit Zhu

Hitmonchan and Hitmonlee are named after Jackie Chan and Bruce Lee.

Arcanine was originally supposed to be a legendary Pokemon, but then they decided to go all birds and replaced it with Moltres. It’s still known as the “Legendary Pokemon”.

A Magnemite weighs 13 pounds. A Magneton weighs 132, which makes no sense since Magneton is supposed to just be three Magnemite merged together.

Pokemon Gold/Silver (Gen 2) were intended to be the end of the series. It was so popular though, that they (obviously) kept going.

Machamp was originally going to be called “Ju-Doh”.

Volbeat and Illumise can only be found during the daytime in the games, despite the fact that fireflies are nocturnal. 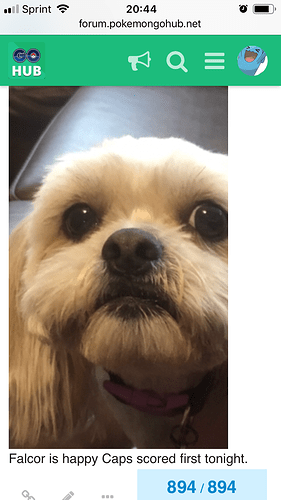 The beta names of omanyte and omastar are Ess and Cargo resectively, hinting at Escargots

Talking about weezing and koffing, their beta names for red and green were NY and LA