Recently, I’ve observed a huge number of players who’ve just returned to the game after many months of layoff or hiatus. Indeed, the second half of 2017 was heavy in terms of updates making Pokemon Go a “new game” to some of you. In short, there’s too much to catch up. Therefore, I’ve written this guide to summarize on what’ve changed over the past six months.
As I am aware that a similarly written guide was published six months ago (17/6/17), consider this guide to be a sequel so if there’s anything I’ve left out, do refer to the first guide.

FOR THE TL:DR VERSION: 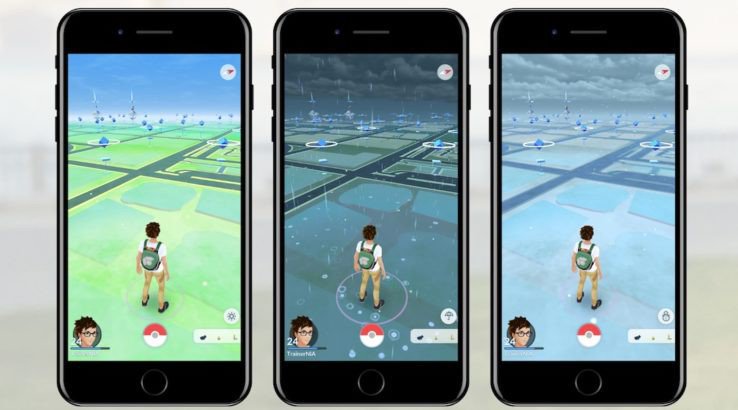 A new game mechanic which was introduced in conjunction with the release of some Gen 3 Pokemon. Weather takes the game to a whole new level as it affects certain aspects of the gameplay below:
a) Certain species of Pokemon tend to spawn more frequently under certain weather conditions. For example, Slakoth tends to spawn more commonly under partly cloudy weather than other weathers.
b) Weather do affect wild Pokemon’s CP which causes some Pokemon to be reportedly caught at Level 35 CP.
c) It also causes high IV Pokémon (60+ IV) to spawn frequently.
d) Raid bosses can be caught at Level 25 CP depending on the weather when they were raided.
e) Boosts damage of certain move types by 20%.
f) Increases stardust amount by 25% if the Pokemon was caught under the right weather conditions. Be wary that it does not stack with first-catch bonuses.

Below here is a great chart created by LeekDuck for Pokemon types that spawn more frequently, gain damage boost and provide more stardust. 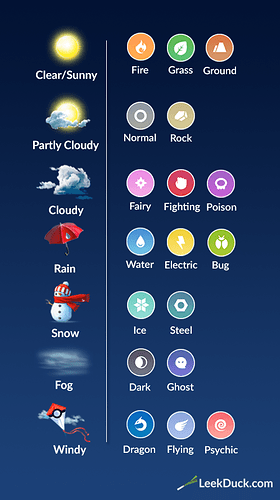 So if your environment happened to be Sunny but it’s raining in game, it’s because Pokemon Go derives data from Accuweather.

Introduced in conjunction with weather, Niantic have taken a different approach to the release of Gen 3 Pokemon. Unlike Gen 2, which was released in a bulk (save for Delibird and Smeargle), they decided to release them gradually starting from the Halloween event with 5 Ghost-types. The Pokemon which are currently available at the time of writing are shown below. Credits to ZeChrales and LeekDuck for the chart. 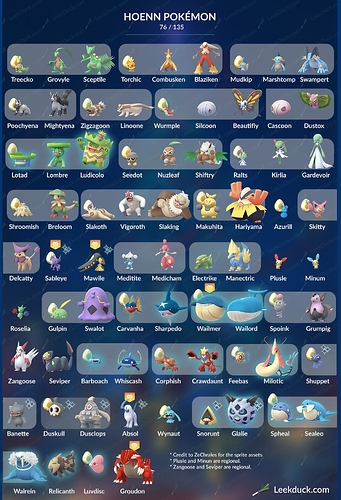 NOTE 1: Gen 3 consists of 135 Pokemon including 8 legendary Pokemon(so far Groudon was released) and 2 mythical Pokemon. Also bear in mind that there are still 50 more non-legendary Pokemon which was still unreleased by Niantic at the time of writing. Stay tuned for news from them.

NOTE 2: Feebas’ evolution method is unique as it requires you to walk it as a buddy for 20 km and 100 candies to evolve it.

NOTE 3: Absol and Mawile are only available through Tier 4 and Tier 2 raids respectively.

NEW REGIONALS
With the release of Gen 3, a few new regionals were added into the mix which are Zangoose, Seviper, Plusle, Minun and Relicanth. Also an unannounced regional swap happened on the 5th January causing Seviper and Zangoose to swap regions respectively. The following map shows the locations on where these species were located. 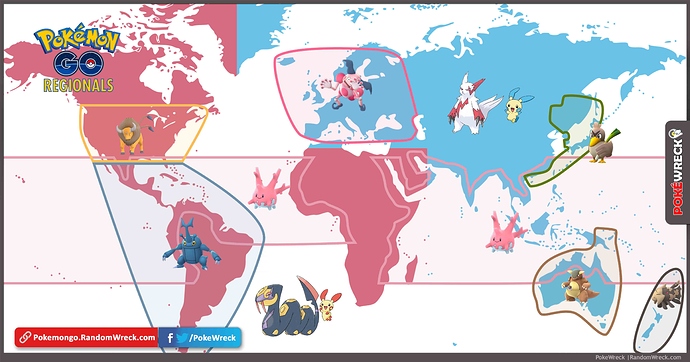 With Generation 3 Pokemon also added into the mix, the egg chart had changed drastically. The following table shows the possible hatches from eggs obtained starting on 23rd December. 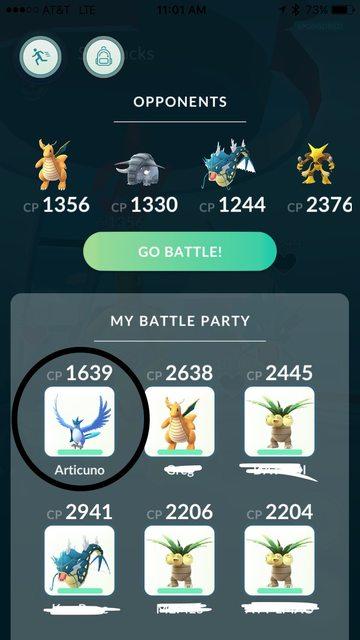 Since 4th of November most of the raid bosses were replaced. The following table will show the current raid boss list at the time of writing. 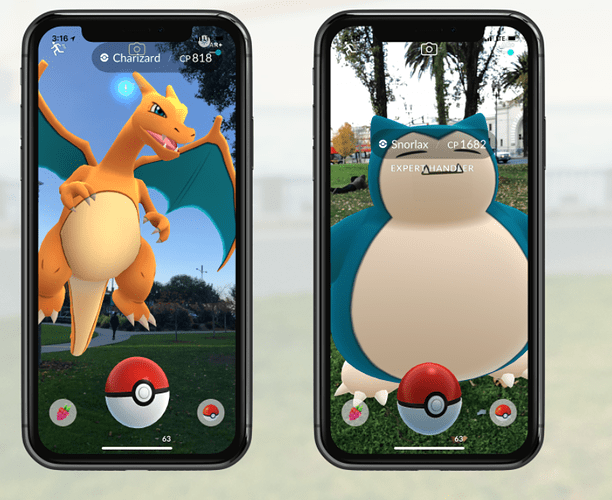 A new method to catch Pokemon, AR Plus is a new optional mode that allows you to catch Pokemon by sneaking up close to them without them getting aware. If their awareness reached a high level (especially if you run straight up to them), they will panic and FLEE!!! However, a successful capture of them using this method will award an Expert Handler XP bonus of 100 XP and stardust. Also by successfully getting close to them, you will have a much easier chance of earning Great and Excellent Throws at them. You can even use this mode in raids too. But instead of making the raid boss flee immediately, you still have a chance to catch it until the raid timer expire or you ran out of Premier Balls.

So far, it only works on devices that support ARKit which in turn its only available in iOS 11 devices. 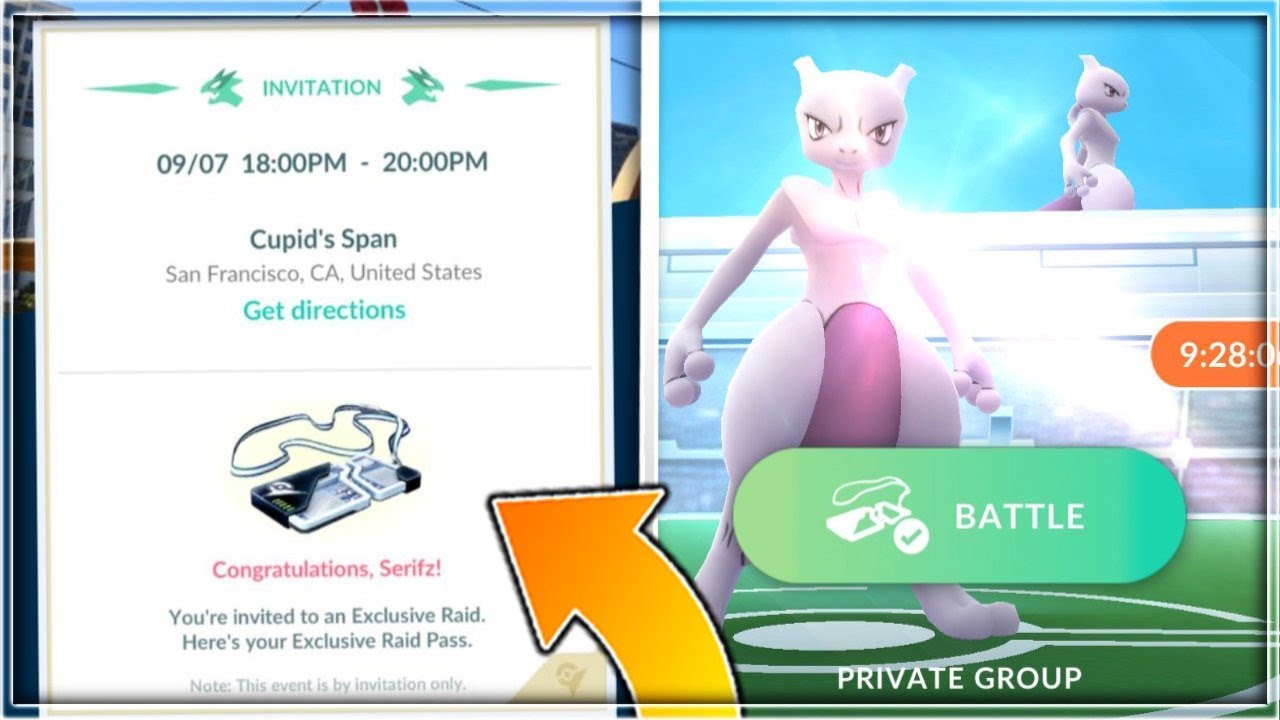 For those unaware, the only way to obtain Mewtwo currently is only via EX-Raids. In turn, Ex-raids require an invitation in order to participate, unlike normal raids. However, EX-raids do have a specific date and time for you to raid so that players can plan out before attending it. To obtain the ex-raid pass, the following has to be done:

a) Win a raid at a gym which fits the ex-raid gym criteria. In other words, raid more frequently at gyms situated on a green patch or sponsored gyms. Also it doesn’t matter whether you caught the raid boss or not. Puts you in the ballot.

b) Luck, pure luck. Seriously, I am not joking.

And if you did a combination of the above, congratulations. You received an EX-Raid Pass together with some lucky players all over the world.

Usually you will receive an ex-raid pass scheduled 8 days before it takes place and in case you forgot where’s the gym located at, it comes together with the directions to the exraid gym. Throughout the eight days, no raids will occur at that selected gym until the ex-raid is over. And should a player without an ex-raid pass attempt to spin or attack that gym during that ongoing EX-Raid, they will get the message below: 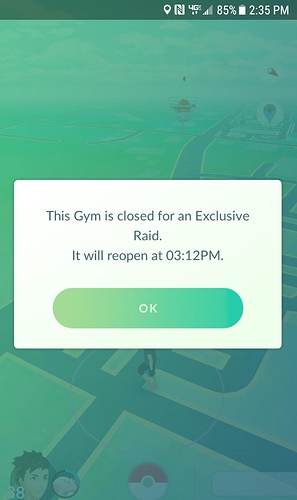 A new feature introduced into Pokemon Go since June, raiding is a new feature in which players must work together, irrespective of team colour to take down the overpowered raid boss. At Level 5 you can already join a raid. The countdown timer of 1 hour will be displayed on an egg. Egg colour also indicates the raid boss difficulty.

Then once the egg hatches the raid boss will be there for 45 minutes. A raid pass is required to battle it and you can get a free raid pass once a day by spinning a GymStop.

In a raid, the lobby can support up to 20 players at once. And you have 2 minutes to either heal or select your Pokemon into the battle. Once you are in the arena, you have 3 minutes (5 minutes for Tier 5) to defeat the boss. Should your whole party of 6 Pokemon fainted you can select a new team of 6 Pokemon and continue.

Once the raid boss was defeated players can receive the following:

You will then proceed to the Bonus Challenge in which you are given an opportunity to capture the raid boss. These raid bosses are within a Level 20 CP range (Level 25 if the weather matches their type) with an IV range of 67-100 and sorry, you can’t use your Ultra Balls as they will give you Premier Balls to catch it instead. Premier Balls payout depends on gym control and damage contribution by team. So if all raiders in lobby are Team Valor and your team controlled the Gym prior to the raid, you may receive up to 14 Premier Balls. They have the same catch rate as a standard Pokeball and the remainder will disappear once you caught the boss.

For information on how to counter raid bosses, you can find a library of them in Pokemon Go Hub. 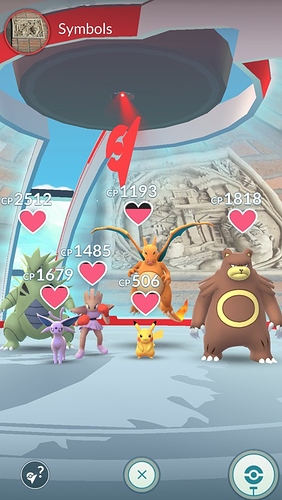 Gone were the days in which you have to battle a Blissey Tower or hog 30 over gyms for coins. Now the gym system had changed a lot in ways that rendered these two strategies irrelevant. The following list down the changes to the gym system.

Also added into the system is the Gym Badge. It’s a new mechanic that reminds you of the gyms you fought,raided or visited before and it have three tiers, bronze,silver, gold. To improve your Gym Badge Points, the following has to be done:

WHAT YOU’VE MISSED OUT

This is interesting, but very poorly formatted. Why not apply more formating and add more content so we can actually publish it on the Hub?

Forgot Sableye raid boss, and Gen 3 has only 8 legendaries, the Weather trio, Eon duo and the Regi trio

Sure. Thanks for compliment. All changes to the document were already reflected.

Already did lots of corrections and thanks for your consideration to publish this guide.

Well done. Although I have played every day since day one, this post has basically recapped every that has happened over 2017 besides gen2.

are both kyogre and groudon out? Why cant Niantic wait until the 15th?

Kyogre was just released today. Thanks for your compliment. I made this post because I always see the same questions popping up in chat groups and a resurgence in returning players.

are they both out and obtainable

Sure. Possible. And it covered almost everything of 2017 as the second half of 2017 was heavy in updates.

Kyogre is available until Valentine’s Day

Maybe Eons could start on Valentine’s Day, that would be awesome

Is kyogre out? If so I never heard of this

Yes it is, and WF/Blizz Kyogre is a beast

Until the 15th only, then it’s only Kyogre