I have 0 ever since the beginning of the game

Lucky you all. I have two. A Rhydon and an Alakazam but im happy, because they have the Best atack combo moveset (so far…you know…)

Sooooooo cool!! You have plenty, its gonna be awesome once Niantic update the breeding. Cant wait, arent you excited about that??

Sadly just an Arbok and a Butterfree. ;_;
When using my go+ I always fear on missing out on a possible perfect IV Mon.

I got really lucky on my Vegas trip. I stopped at Cabelas on the way to the airport and got that egg, then 4 more while I was there. I’m sure these 'mon will really helpful when breeding is implemented.

I got a Pikachu, Blissey and a Machop

that’s about it. Need to find some good pokemons.

Yanma, Pidgey, and Crobat. Haven’t been so lucky on these guys.

sadly I don’t have one.
maybe I’ll catch one during adventure week. Fingers crossed.

Tyranitar (from my first Larvitar hatch!)
Phanpy (hatched, not evolved because I’m hoping Donphan gets better moves with the gym update)
Dewgong (from wild)
Nidoqueen (from wild)
Murkrow (from wild) 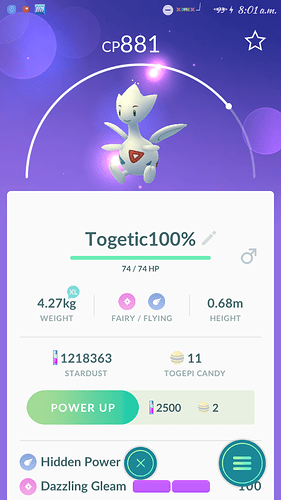 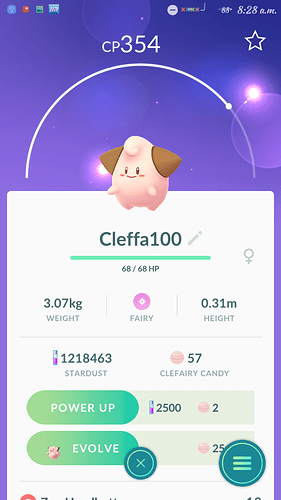 Just my Pineco who is a Forretress now. It has Rock Tomb, which bummed me a bit until I realised people are going to use fire types. Say, that’s a fine Charizard you have there… want to bring it closer to my bug?

would it be better to have perfect IVs with average moves or maybe average ish IVs but best moves?

what do people think?

would it be better to have perfect IVs with average moves or maybe average ish IVs but best moves?

what do people think?

At this point I think perfect moves moves and OK IVs (over 86%) outweigh perfect IVs. I would rather power up an 89% Pokémon with perfect moves than a 100% with mediocre or bad moves.

That’s what I was wondering as well. Interesting question. There aren’t any apps to figure this out?