While they are in the wild, they are in Raids as well–which I couldn’t be happier for honestly–so let’s share whichever one we caught!

Since I live in the states, mine is Azelf. I haven’t caught a noteworthy one just yet, but this is the first one when I was stressing out trying to get a hang of throwing at it. It’s like catching a floating Rattata. This is going to take some practice. 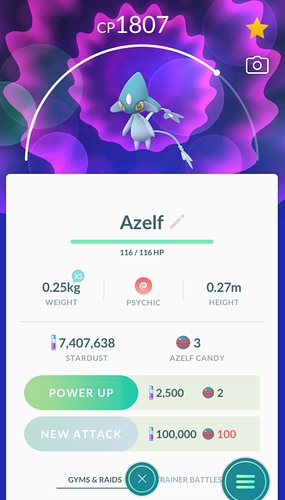 It’s not easy to catch, circle is so small and it’s so close

Are these going to be a catch 2-3 then not worry about getting any more? 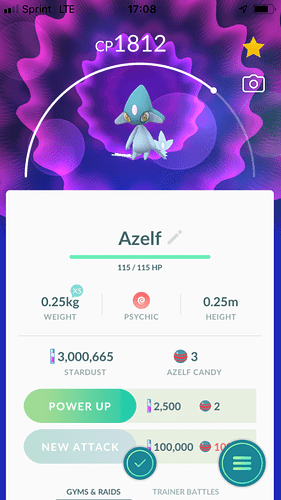 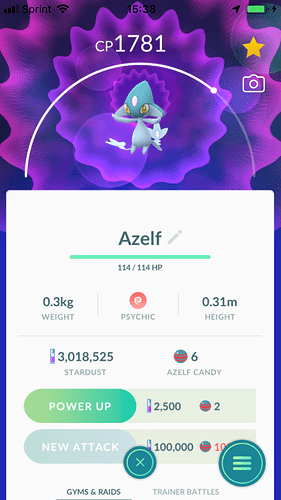 Saw plenty of Uxie Raids on the weekend and drove on by all of them.
No Raids in 4 days now apart from my Ex on Saturday.
I should do one soon before Niantic flip them over or move them on for something desirable once they work out no ones using Premium Passes on them.
Have the Raids bugs stopped yet or do I need to sit it out a bit longer?

Beat two, caught one Mesprit
I seriously hope they will rotate right away because giving us the worst of them (again) is just unfair

While the Azelf wasn’t all that noteworthy, this was the first short-manned one I’ve done in quite some time.

Raided 4 Azelfs today and snagged a nice one on the 4th raid. 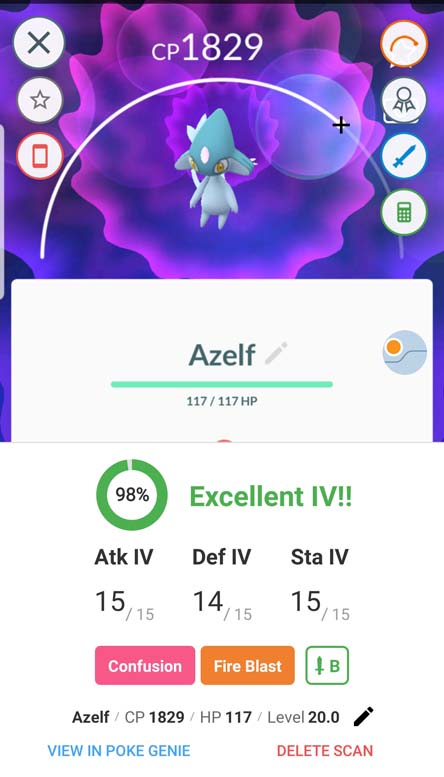 I’ll TM that charge move until it has Future Sight. 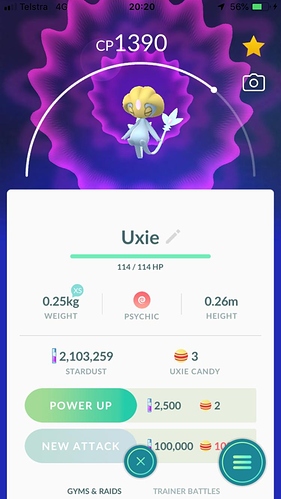 Nice work with the small team. JUST barely finished it before timing out…

Before this I’d never seen a Sharpedo from any angle but the front, and had no notion that its tail was weirdly-truncated like that.

I get that you only use one per species but dont you have SB Mewtwo?

Nope. Shadow Ball Mewtwo is no longer Mewtwo’s most powerful moveset due to the damage output rework a few months ago, and Giratina’s Shadow Claw/Shadow Ball combo outpaces Mewtwo’s overall Ghost-type damage output by 400 points. I’ll be using Mewtwo as a Psychic-type attacker, but only until I get a better one, as the one I currently has falls below my minimum requirements for level up. (93% with perfect Attack, while the Mewtwo I have is a 91%).

I would have used Bug-types against Azelf, but Fire Blast dissuades their use, and it’s been difficult to predict which moveset Azelf will have based on the Recommended Party. For instance, in this more recent raid I did, it recommended Kyogre and Palkia initially, which normally would be indicative of a Fire-type Charge move, but Azelf ended up having Future Sight instead. Due to the unpredictability, I chose not to use Bug-types against Azelf.

Should Uxie and Mesprit arrive, I’ll be using more Bug-types like Scizor and Pinsir. I would use Yanmega, but Uxie has Thunder and Mespirt has Blizzard on top of Azelf knowin Fire Blast. Sharpedo will likely be rotated out in favor of these Bug-types for Uxie and Mesprit.

He still beats 2/3 of your team in both DPS and TDO tho
Once Uxie arrives, be prepared for some tough battles, its one of the hardest raid bosses to date, thankfully we have the Renegade Pokémon

I’ve already dedicated Mewtwo to a Psychic-type attacker role–didn’t have much of a choice because all of my Mewtwo during his EX Raid tenure that I caught were awful IVs–which will definitely be useful come the Gen 5 Swords of Justice (two of them are weak to Psychic).