Gary was once a zorua, and his sister daisy always took care of him, so he evolved at one moment.

The signature ability of zorua and sororal is “illusion”.
Ash never ages In the serie. What if everything he “experiences” actually is an illusion, trying to protect ash from harm?

What do you think about this? 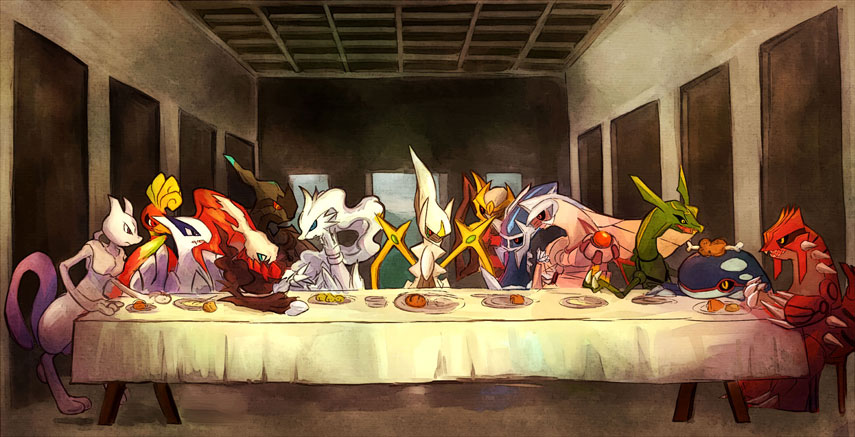 Complete history of the Pokemon World, from the days of creation up to today. Genesis, Arceus and how it all came to be in the way we know it today.

Which came first, the Arceus or the Mew?

Bulbasaur was first Pokemon. That is why he is #1.

Rhydon is the first ever designed

Don’t even get me STARTED on all the theories I have researched about the Pokémon world lol. I would have to write a book to cover everything I know!

Professor willow lied? To ME?

Congrats for being a Regular now btw.

There are no multi-celled organisms in this universe aside from humans and Pokemon, right? So in the anime, when Ash is eating, he is eating some poor Pokemon. Does anyone else realize that? Does he wonder, "Oh, is this Pidgeot wing? It’s delicious!"
How do Pokemon lovers handle that? There must be some vegans, huh? What if Ash, when he sits down, is eating some other unfortunate Pikachu?

Plants as well.
Perhaps they are eating fake soy bean beef and stuff. I hope not, but i do hope that there are farms for Pokemon food industry. But in the anime, 1st season, you know they eat Pokémon because James is daydreaming about eating a big tasty magikarp

There are also times in the anime where non-Pokémon animals appear, I know of a worm and multiple fish.

This topic was automatically closed after 52 minutes. New replies are no longer allowed.