Share how you spent PoGo Community day! Here’s how i spent it: (THIRD ATTEPMT) 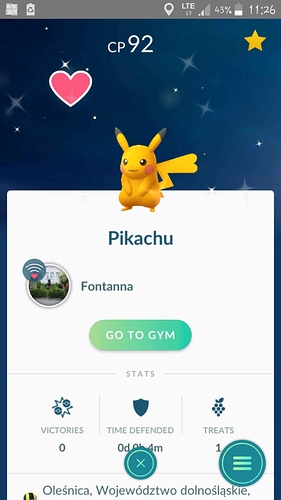 Captured a Pikachu with Surf and a 89 IV Kyogre 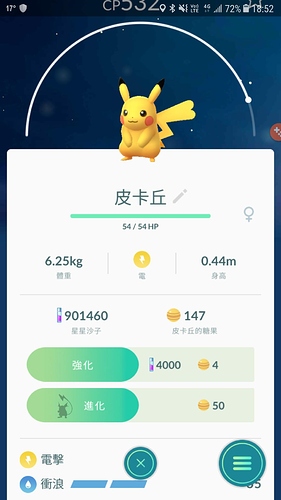 I had a plan at the start of the day but things didn’t quite go to plan.
Had to do some shopping before playing Pokémon all afternoon from the start of the event. A 98% L27 Machoke came up on our local Map just as I was headed out. I go to get that, and a 98% L28 Eggs comes up so I go get that.
I get to shops and the relocated Gym is Yellow so I can’t just leave it like that and have to knock it down. Some one thinks they’re clever by Gold Razzing it but they do it all wrong and it takes me 15mins to knock it down instead of around 45mins if they do it right.
The event starts while I’m at the shops. Spawns go crazy and I’m clicking the Go Plus repeatedly and my Red Ball stock (100-120) is gone before I’ve gone up every isles. Finally get shopping done and drop it off home than head off to the Ex Raid Park for the last hour of the event. Upon arrival there’s a Pickachu at the Pokestop and bam it’s it my fist Shiny one. The rest of the hour consisted of chucking Great Balls at everything and trying to spin as many Stops and Gyms as possible to refill the bag. Got one Wailmer Raid in and the event was over.

I spent it trying to trigger Mewtwo raids at 5 different gyms with about 50 people. With 2 others done earlier this week, we might have a chance at 7 different invites instead of our usual 2 or 3.

I got 140 Pikachu candies today and used all of them powering up a Shiny Pikachu I caught. Did 2 Legendary Raids on caught my first Kyogre. My son also caught his 2nd Kyogre and also caught 2 Shiny Pikachus. He used a few of his lucky eggs and went from Level 23 this morning to Level 25 tonight. I still need 1 million XP to get to Level 38. Good day it was.

I encountered what seemed like a whole nest of Pikachus at a gym I frequent. The color of the shiny ones is so close to the normal color, I didn’t notice that I caught two shiny Pikachus that have the surf move. I wonder what happens to the special move if they evolve, but am reluctant to try, since we’re told the special Pikachus would be a one-time (and SHORT time) event. Has anybody tried evolving them?

They will loose the Surf move, unfortunately. 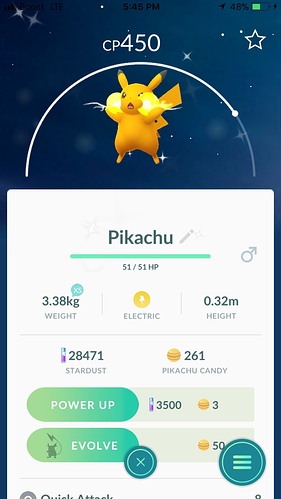 My friend caught a shiny Pikachu first try lol
Also, another friend who was with me in the city was softbanned from earlier spoofing. But they did manage to get onto another account, and their first Pikachu was shiny as well. We walked up the street slightly further and the second Pikachu of the day appeared. It was shiny for them as well. So now they have 2 shinier on the wrong account. My friend at level 36 caught no shinier on the first hour and then encountered 3 in the last 30 minutes. 2 were caught, one fled. My friend who caught 2 in a row, managed to get unsoftbanned by the middle of the event. So we started walking again. Another Pikachu, and it was another shiny for my friend. He did not have any more luck on the rest of the day but this was quite funny to see their reaction lol. I personally caught one on the way in to the city. I also caught one at the very end of the event. The one I caught on the way in has been evolved. I did a kyogre raid as well. The event was still on so i got a lot of exp from a combination of event / lucky egg. Unfortunately i didnt catch it. As there were only 20 players there and 15 of them were valor I didn’t get much luck as one of 5 instinct players. However at the centre of the city another kyogre raid was ready. So we walked over there. This one was Insane. There were definitely more than 150 people here. There were 3 instinct groups and 2 had 20 one had 10. There were about 10 valor and mystic groups each I would think. My phone was now on 5%, and by the end of the raid my phone was down to 3%. I ended up trying to capture it too fast. Strangely one such throw was a curveball excellent. I saw as the third roll occured. I told my friend who was still trying to catch it. My phone died seconds later. My friend caught it as well, and another friend caught both of them as they were on valor. Unfortunately my unlucky friend left the day with no shiny or kyogre as no Pikachu was shiny and no kyogre was caught. Either way here is
yesterday’s captures. 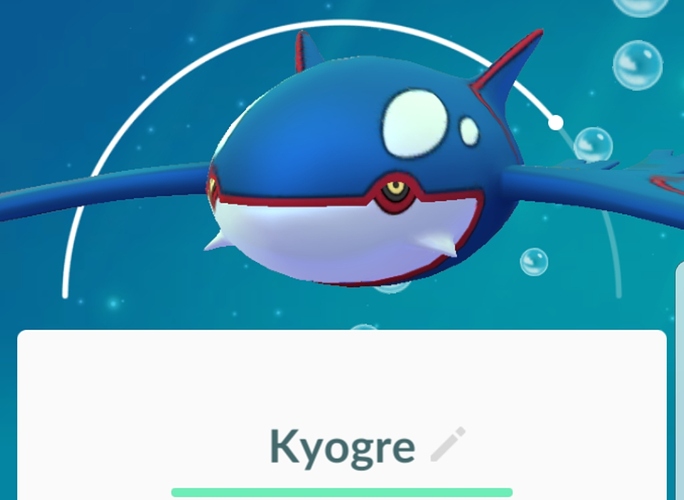 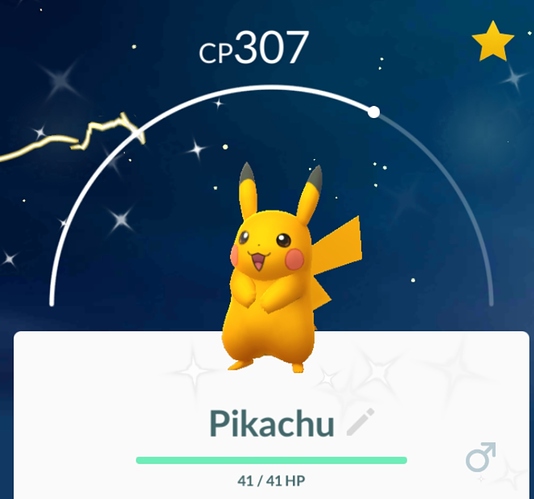 One of our local FB groups organised for our team to meet up at a known EX raid gym for a Kyogre raid that appeared as the event started. As they pushed the event button a Pikachu appeared at the gym & of the 60 people there one person managed to get a shiny straight away!
We did the Kyogre raid then farmed Pikachu in the Park until the event was over. Managed to catch 102 Pikachu with 8 shinies for me & my girlfriend caught 6.
Unfortunately the FB organiser, a friend who walked around with us the whole time didn’t get a shiny Pikachu…

️
It was however a day well spent & was great to see the PoGo community out in force! I’m looking forward to the next one!