So I was like…
Hey! I am on the last step of Meltan!
So I could get the stored Aerodactyl and Anorith that were stored.
This is how much was in there: 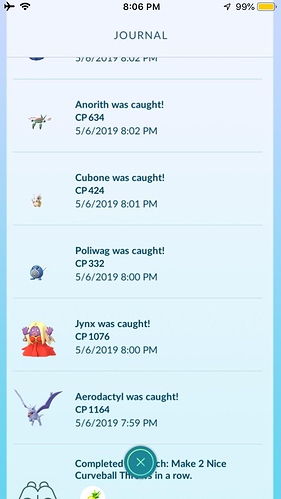 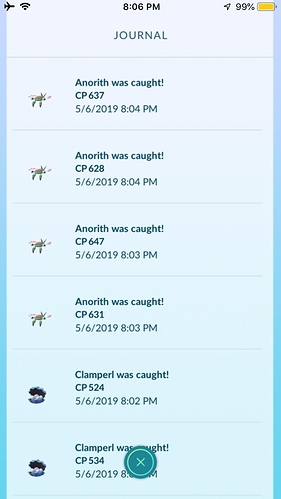 This ‘storage space’ Is the mystery Pokémon that sit at the top of your stamps.
Also, when I got all of them, my game crashed

You can hold 100 in there but have to be carefully as there’s no counter to tell you how many you have stored.
Some clever people that use this a lot have lost Shiny Clam as after 100 they start dropping off in order of oldest on the list.
This makes them not so clever.

Well, yeah… it’s not supposed to be used like this (this is why they it limited to 100 spaces - it was unlimited before), but as long as you don’t go completely overboard, it’s a great thing.
I do save stuff there but I clean it out regularly, either when I have a star piece or a lucky egg on or during a mystery box in between the Meltan catches (which I usually combine with a star piece, too, I have > 100 of them clogging up my storage). I haven’t lost a single Pokémon by this so far. I keep checking the top encounter daily just to make sure it’s still the same

It’s also very convenient during research days (for both ways: you have spare Pokémon to catch and you can just stack the non-shinies there to catch later while you go on playing)

Could you please explain what you mean by “Pokemon’s mystery pokemon storage” ? As in that cross-promotion between Pokemon Go and Pokemon Let’s Go that they call the Mystery Box?

he already explained it but i’ll try to explain it better/more/again:

when you complete a quest and get a pokemon as reward you can choose not to catch it and just flee. That pokemon disappears in this storage. I personally call it my “Quest Stack”. You can then later choose a moment to catch those pokemon.

On your main screen the button for quests is then orange instead of the normal white, indicating you have something to catch.

Also, you quest screen then shows 4 quests, the top one being the quest stack

As stated before: the max you can store this way is 100, with no warning when you reach it. Anything above 100 deletes earlier ones.

I do this stacking all the time, it saves time when i’m out hunting and it comes in handy when doing quests that require special type of pokemon that are harder to find at times., like the catch fighting type quest. I always stack my “battle in gyms” rewards (mankey/machop) for that quest.

Personally “mystery storage” is a bad name, because you see the pokemon before you put it in the stack, how’s that a mystery?

Oh, that’s what you’re referring to. Thanks for enduring the tedium of describing it again for someone who hadn’t seen your earlier description. (I did try looking for a definition before asking)…

Since it sounds like a FIFO stack (as opposed to random-access), I might call it a deferred-encounter stack. But since the deferred encounters don’t say which pokemon they were for, your choice of “mystery storage” to describe it is just as good as any other…

I only had 11 Pokémon in it

haven’t clicked in a while. Waiting for something amazing.