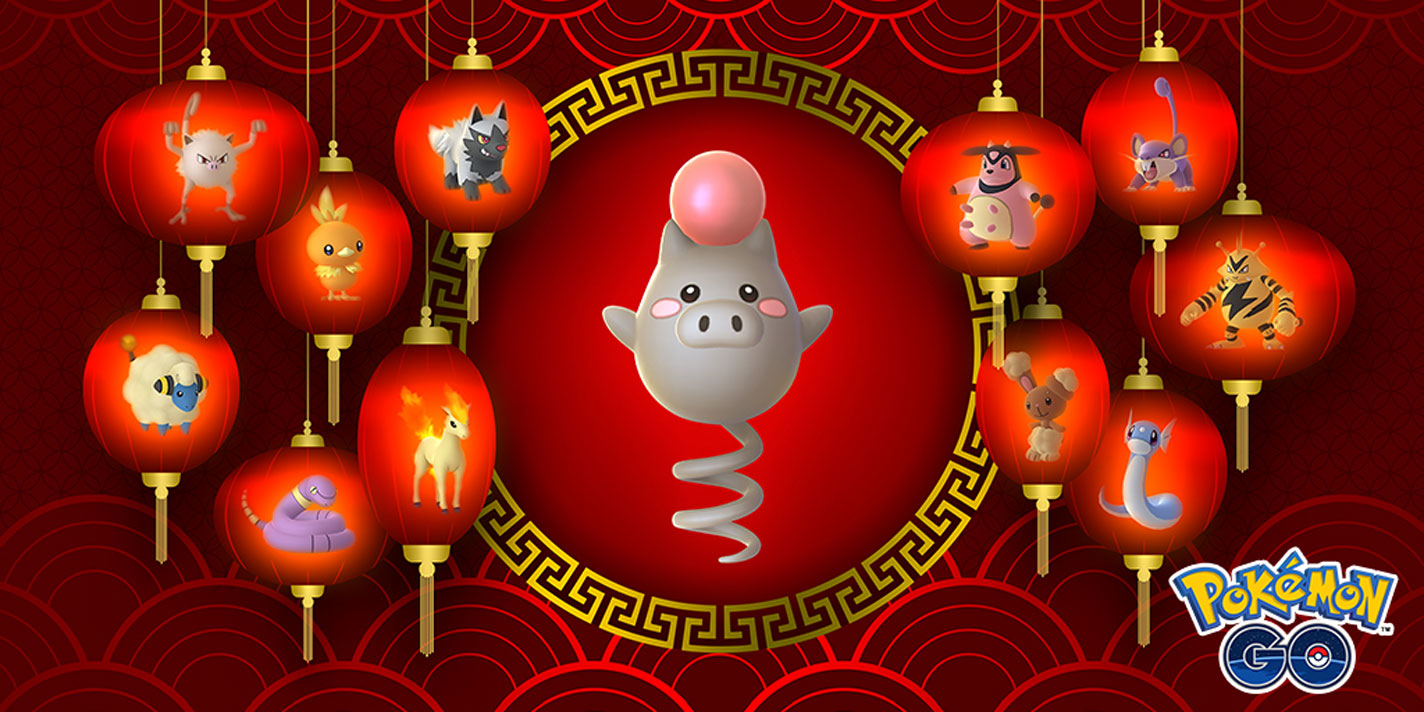 Trainers, a new XP mini event is live to celebrate the Lunar New Year, titled Pokémon GO Lunar New Year 2019! We can confirm that shiny Spoink is available in the wild. The event lasts from February 4th to February 13th 1:00 PM PST. This Event comes...

Gotta be honest. Some of these events are disappointing to me for one reason: It causes other Pokemon that I want to catch to stop showing up.

Yeah, it’s unfortunate since we just barely got started with Glameow, Combee, Cranidos and Shieldon. I’m glad I got them when I did.

Exactly. I have zero interest in the Pokemon that will be flooding my screen during that event, and just after they released four new ones to hunt too.

XP: Dont care
Spawns: Only care about Torchick (get good ones for its CD)
Increased lucky chance: Awesome (trade atleast things you want for CD’s)
Shiny Spoink: Great if i get it, dont really care if i dont. Yet another shiny i wont ever use.

Seems like an ok event. Would have liked to see some more Star Dust.
Boxes are alright though. Bit more passes and theres still a nice amount of incubators in there. Will get a few of those since a friend got me a google play card for chauffeuring him arround on raids

But for who wants to get XP fast and level up, besides leveling up friendship, this is a great time to mass evolve with lucky egg on.

Never caught that many Spoinks, so this is sort of cool.

Needed the Chimchar from the quest though.

So far, it’s not as bad as I had feared. Yeah, it’s raining Mankey, etc … but, other things are still kinda showing up. More than I thought, anyway. Still not expecting any Croagunk, Bronzor, Finneon, Skorupi, Bastiodon, Rampardos, Combee, or Glameow though. lol

I did find at least one Shieldon and Combee already during this new event, so maybe it won’t be too bad. I’m still catching what I see as well as evolving anything that I have a large surplus of candy for.

That’s good news. I like events and all, I just don’t want them to completely drown out the spawn rate of everything else.

Was the last double evolve xp event the event with rayquaza?

? Double xp , a new shiny, and dratini is better than zizagoon and tailow with no bonus

I think it was the go fest event bonus with xp

I appreciate these events for the fact that it gives opportunity to hunt shiny Pokémon and gives many of us a reason to be interested in clicking on some of these Pokémon again (besides dust).

I could care less that the process of getting new Pokémon may be prolonged, it is an even playing field for everyone and it means the new releases will hold my interest for 2 weeks longer than they would have without the event.

Oh I agree. It is a better event than that one and the XP is nice, but … the fun (for me anyway) is going out and looking for Pokemon. I’m less incentivized to do that when the odds of finding anything worth catching drops. Adding another shiny is cool, but I doubt that anyone is hyped about the increased spawn rates of Mankey, Rattata, Ekans, and others. These are already super common Pokemon and it drops the spawn rate of other more desirable options.

Having said that, as I mentioned before, the spawn rate hasn’t been as bad as I had feared. I’m actually pleasantly surprised. Unlike the past events where other Pokemon were pretty much choked out, I’ve still seen plenty of others.

I even caught a Cranidos today!