I’ve noticed that my pokemon go plus is now spinning gyms also. Not sure if any new features were added also?

Also hearing that the “final ball” bug is fixed during raids.

I noticed this too. Definitely stoked about that.

•Added the ability for Trainers to spin the Photo Disc at a Gym using the Pokémon GO Plus accessory.

•Added the ability to view the number of Trainers entered, and preparing, for a Raid Battle before using a Raid Pass.

•Resolved a bug which caused the Raid Boss to always break free from the last Premier Ball.

•Resolved a bug that prevented Trainers from seeing they’d received double XP from Raid Battles when using a Lucky Egg.

I don’t have an iOS update available yet, but I hope they have it figured out. The last ball thing should not have taken this long to fix…the birds are supposedly leaving tomorrow

Final ball bug is definitely fixed, it legit happened to me today. (Funnily enough, I asked my fellow raiders if it was fixed, and I ended answering my own question lol) Will post video evidence later with a magikarp raid or something. Have not updated yet, so probably a server side fix.

Also, lobby previews are in the current update, so no more wasted raid passes!

I think they were holding back fixes so as not to disrupt events at Japan and Europe, but yeah kinda sucks that we had to deal with it for so long. And it is not particularly good timing either, with the birds leaving soon

I haven’t seen an update in the App Store but my Go Plus was spinning Gyms today, awesome

You will still potentially waste raid passes because you still have to use it to go into the lobby. If no one ever goes in the lobby and the count is always zero, it still hasn’t fixed anything. they need to make it so you don’t lose your pass unless you actually go into battle. Let people go into the lobby and see if there is enough interest to actually win. I don’t understand why they can’t see how illogical the current system is.

I also got a Suicune in the final ball .
I thought it would not go in any way and used a Pinap for the finally ball ,
Caught it in the last ball… 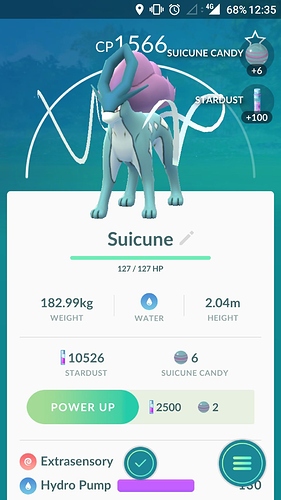 Hmm that is true, the counter is halfway to the ideal solution

This topic was automatically closed after 29 hours. New replies are no longer allowed.