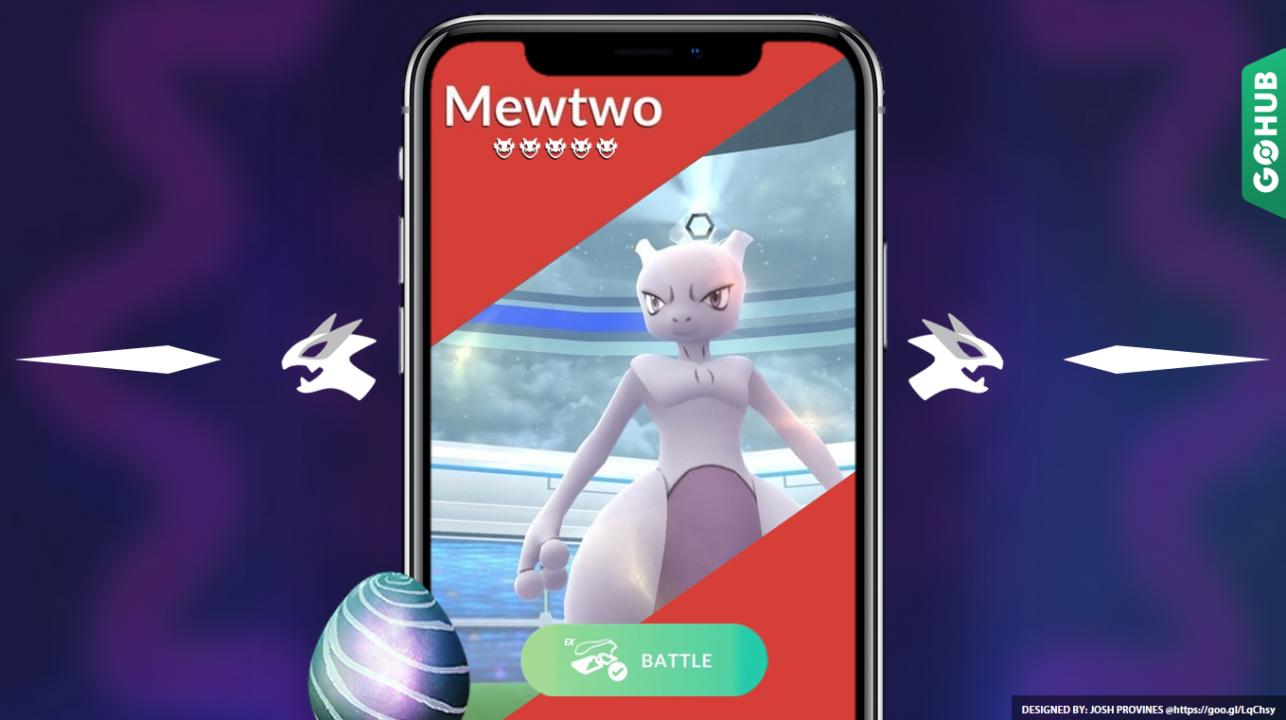 New weekly Mewtwo EX Raid June 5 / 6 2018 Mewtwo counters raid guide: best counters, weather, catch rate, IV chart Mewtwo and Its Future in the Meta-game Amidst all the excitement over Adventure Week, the release of 3 new Shinies (all the...

Well i guess it makes sense for the comments to be disabled on this one. Lets sum them up:

For me personally its the 4th week without an invite, despite raiding on multiple EX locations. Number 13 proves to stay elusive for me.

Do you know if passes were issued to others that Raided those Ex Gyms you missed out on?

What we’ve found locally is the numbers hitting EX Gyms is getting fewer and quite a few are not triggering every wave anymore.
Part of the reason is the network Group I’m in are no longer hitting quite a few of these Gyms anymore as we are targeting ones that have not triggered one yet to test some theories about numbers required and possible EX Raid time manipulation to more sensible midweek times after 4pm. Our Group has 30 accounts which aren’t Raiding a lot of known Ex Gyms atm while doing our trials. We have triggered every Gym we’ve targeted over the last 3 weeks so far but out attempt to manipulate the Ex time by only Raiding after 4pm has not been successful. The first week we did it we got a 6pm Raid time. The last 2 have given us 1pm times.

The share your MewTwo catches discussion thread has been closed so I’ll post this here rather than start another MewTwo catch discussion thread.
After missing the last 2 Cat Raids due to unsuitable Midweek times with work I did my 11th Cat Raid and caught my 10th. Yet another Average/Poor IV still leaving me with 240 MewTwo candy and nothing worthy of Powering Up. I got disappointed enough so sent 5 of them to the Candy Grinder saving 5 best of the rubbish for now. Thinking of chopping 2 more.
Just to add salt i caught a 93% 15 attack for the Wife. Shes now got 2x 98% and a 93%.

@NotanotherKangaskhan , I was trying to quote you but it kept quoting your whole last comment entirely. Your comment that I wanted to address was:

“We have triggered every Gym we’ve targeted over the last 3 weeks so far but out attempt to manipulate the Ex time by only Raiding after 4pm has not been successful. The first week we did it we got a 6pm Raid time. The last 2 have given us 1pm”

I regularly link up with raid groups via discord across three different towns in my city when I get off work most days. That leaves me and other trainers who have full time jobs a small 2 hour window to catch raids after work ends at 5pm. The EX raid pass that I got for next week was from a raid I did with a Tuesday/ Thursday raid group after work on Tuesday of last week, 5/22. I revisited the discord chat and we did a Ttar raid with a lobby time of 5:35 because my scouting report and another’s didn’t have any legendary raid boss eggs popping until near 6pm that day. The tyranitar Raid boss expired at 5:45pm. I specify the time because I can say with certainty that the next raid we did was at an EX elligble gym 20 blocks or so away and was eniciated after 5:30 pm. It was a Snorunt raid boss at the EX elligble gym and my pass for an EX raid next week on 6/5 beginning at 5:30pm is at the same gym all 9 of us beat the heck out of that poor Snorunt (no shinies from the 3 second smack down).

Hope something from my field research can help you trigger later EX raid times.

@Robdebobrob add “I never knew I even had an EX pass” to your list as the push notification that usually alerts trainers of their achievement of receiving an EX pass was buggy this go around. I only knew I received a pass once I checked my bag inventory after others shared their passes with me.

@SCArsenalGunner
We thought we had got it right when the first one we only Raided after 4pm got the 6pm EX Raid.
We were left scractching our heads when the second one gave us a 1pm Raid when every Raid our group did was done between 5pm and 8:30pm. We had the same happen at the next Gym the following week giving us a 1pm Ex Raid when none of our group Raided before 4pm.

The second one that failed our experiment only had one person with 2 accounts outside of our group turn up to the Ex Raid. Sadly no one that was there bothered to ask what time he did the Raid(s) at the Gym out of interest.
I know a couple of the guys in our group that are right into the research side raised bug reports with Niantic as they’ve previously put out information that the times are worked out from averages of Raids done. I think we sort of proved that is rubbish or the system is broken and its defaulting to a set of times. Of course we have no way of knowing how many randoms or spoofers raided these Gyms and at what time which is why we’ve target eligible Gyms that have not triggered before because they are obviously quiet for Raiding normally.

I got a pass for this Ex-Raid in the same gym as my first Mewtwo.

In both cases I only had made one Solo-Raid Level 1 at this gym, and in both cases this Raid has been done sunday in the afternoon, about three hours before the passes were sent out.

In between I have not made any Raid in this gym.

The same goes for triggering Mew2’s. We have 9 EX gyms out of the 37 gyms in our city.
Even with a pretty hardcore group triggering them got down to 2 or 3 per wave. Mostly because the group is slightly slinking and people focus more on the content of the raidboss instead of where it is played. Ho-Oh versus Latios results in barely no Latios played) and before that Latias got less attention aswell.

No passes were sent out for the gyms i raided on. I guess we just didnt have enough people raid there this week… Its hard to hit every eligible gym when your city has about 25 of them. I would have been much happier if it were just 4

Our town has never seen an EX raid, but some of us got ours in the city