Most of the other Pokemon we have in this game would still mop the floor with it.

Pikachu is getting an exclusive Z-move in Gen 7, and it can learn surf. Great idea, but you would have to take that up with Nintendo

Pikachu already has an exclusive move, item, and like 2 Z-Moves, thats enough (and even with all of that, it still sucks badly) 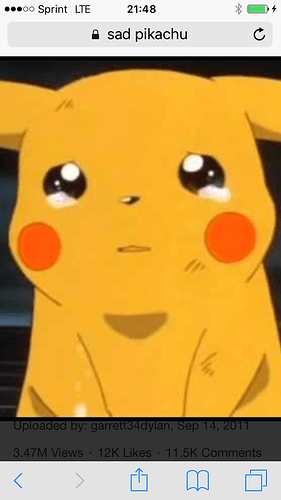 we had like 20 pikachu events. hope you’re not serious about this, you might wanna go see your doctor