Moltres: Show me your catches!

Since we are able to fight and catch Moltres I wonder who’s already got one.

I’ve participated two Moltres raids this morning. We beat it both times but in both cases I was unable to catch it.

Show me your catches please!

I HATE THIS FIRE DUCK!!!

I got my first one this afternoon! 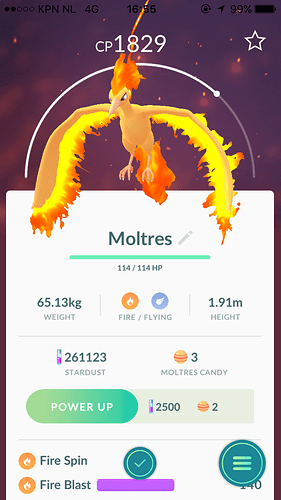 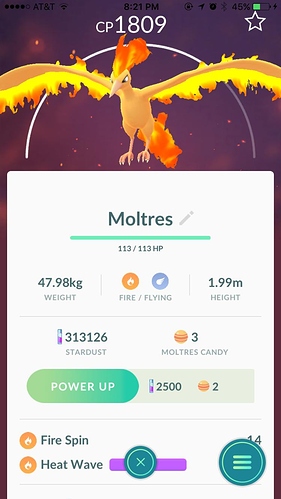 Only raid I had a chance to do today, but it was successful 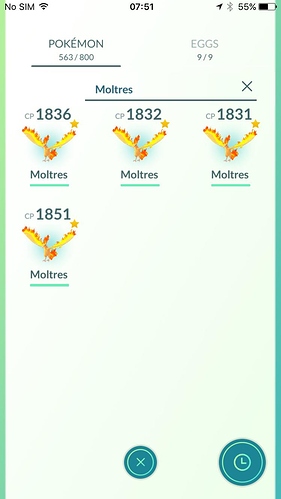 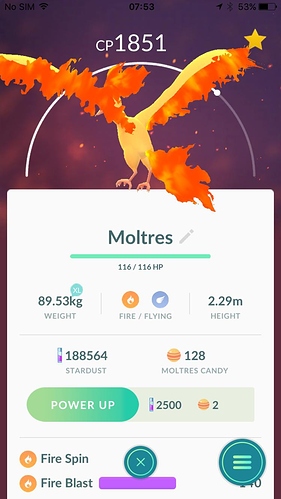 750×1334 70 KB
Hehe here is my first one with fire blast just like urs. About 2 ran away from me so far.
A little out of topic but am I the only one not here for the Moltres character/game design. They kinda looks like a turkey in this game lol, thats not good. If we look back, somehow the Moltres in the movie looks more savage. 20 years passed by, the colour schemes were upgraded, i understand that Niantic has to up-do the Moltres animation but somehow they lost the character. I think that Niantic is not quite finished with designing Moltres to be honest. It looks a little pre-mature. First of all the Flaming animation is so out of place. Hello the flaming tail looks like it coming out straight of a chicken butthole, or in other word Moltres is farting fire lol. Pardon for my language I just think its funny. The flaming in the wings are disappointing the most. It needs to be at least like flaming of the Rapidash as if more accelarating. My suggestion is that downgrade the yellow part and keep pusing the button on that red part. The ratio should be 50% red, 25% orange & only 25% yellow ish. If you notice, the Moltres in the movie has white colour part in the flames making it looks like supreme fire bird. I understand that white maybe too much but there are thounsands shades of it, just chose a whitey red and add to the bunch for more contrast effect overall.
On the second note, extend the body part. The lower body near the butt needs to be longer and intertwine into the flaming tail. RIght now it looks like someone plug a flame into its body. And since they are at it, trim the flaming tail a little & extend it to be longer. Elaborative is the word here.
Im no gaming designer but i study alot character designs so i know this is not good. Niantic has to get back the essence of this fire goddess. Right now if we put the 3 teams together, valour might be out of the leage visual wise. And god knows the look is kinda important these days lol. I know that designing Moltres is much harder compare to Zapdos (graphic body) & Articuno (structured body). Niantic please focus on this and get it right!
Oh well im not complaing just suggesting. I love these 4 legendaries bird since the movie and cant help it but had to speak my mind. Cheers guys
Cirithungolem August 8, 2017, 8:56am #7

@Thorend. For me you may close this thread.