The previous MewTwo show us your catches and discussion thread was closed as it went off topic about IV checkers so here I am starting a new one and hope it stays on track.

Post anything to do with your MewTwo Raids, share you catches and good or bad experiences in here.

I’ll kick it off.

I’ve missed 2 I had passes for due to unsuitable times.
Still yet to get myself a good enough IV worthy of Powering up with the best so far being and 89% 14 attack.
2 weeks ago I took the axe to the collection keeping only 6. After another poor IV last week I chopped the collection back to 4.
Whilst I’m getting the junk ones the Wifes account on the other hand is doing extremely well. Her very first one was a weather boosted 98% with another 98% caught weeks later. Last week her account went one better and shes got a 100% now too

Hopefully my luck will change tomorrow with my next Ex Pass. 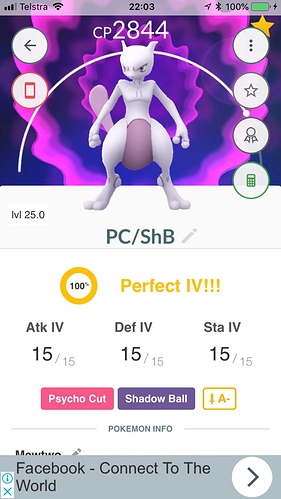 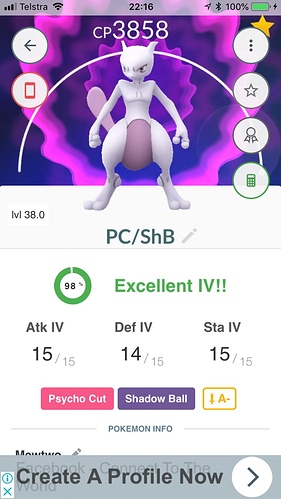 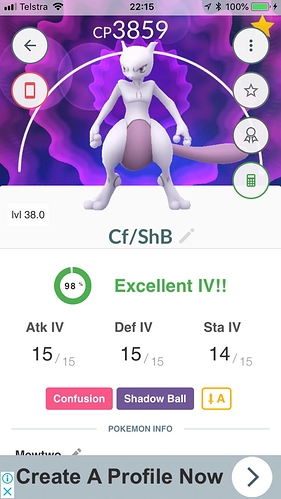 I’ve caught 4 of 5, the fifth was in aGym 100km away when Ninatic sent out rare invitations (I think it was in january, and I was the last time near this Gym 3 monthes before).

And on the other hand, post something in the thread, and it doesn’t die. I close them only, if they are sleeping for more than a month…

I’ve done six…highest is an 87. I still haven’t powered any up because I want one over 90 with perfect attack

Your wife’s account makes me super salty…a pair of 98s plus a hundo. That’s just crazy!

I’ve gone 16 for 16 on catches. First raid was during beta, next was months later.

So far I have a 93 with attack that I got on the 10th raid and have maxed. I’ve manage a pair of 91s with defense or health as the best stat and the rest was garbage. I’ve stocked rare candy and will be looking to make some trades on the remaining bad IV ones in hope of getting lucky.

I candied the first 9 catches during the last double candy event as they were total garbage. 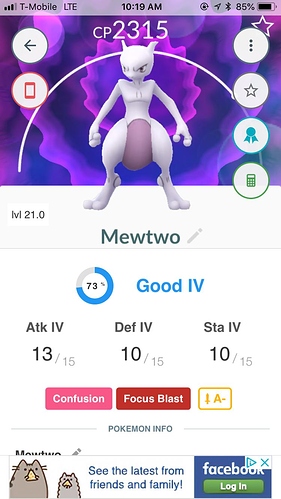 Mine almost exactly the same and I maxed it anyway

Well I finally got something better than the 89% today. I got a 91% but it’s worse than the 89% as it’s totally useless with 12 Attack. why why why 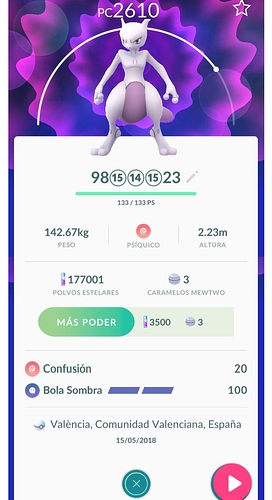 Well I am from a town in South Africa and yeah unfortunately now ex-raid pass yet and I love mew two. Few people got in Beta testing and since the zip. So while some people are tired of it and getting rid of them we want them😂 very sensitive subject