Lucario is a Fighting and Steel type Pokémon. It evolves from Riolu, its Generation 4 baby form.

Lucario stands out with its interesting typing, as it will no longer take super effective damage from Flying, Fairy, and Psychic, and instead only take super effective damage from Fighting, Ground and Fire types. Not to mention it boasts 8 resistances, Lucario can resist a lot of what is thrown at it, which helps as it is not the bulkiest fighter out there.
Lucario Max CP of 2461 is decent, and its 236 attack is impressive, but it does not have much for bulk with only 144 defense and 140 stamina,so it looks Nice!

Like a higher attack version of machamp, except it is more like a gengar if you look at its stats?

Again most is copied

Do you know that there is an article about Lucario on the Hub? 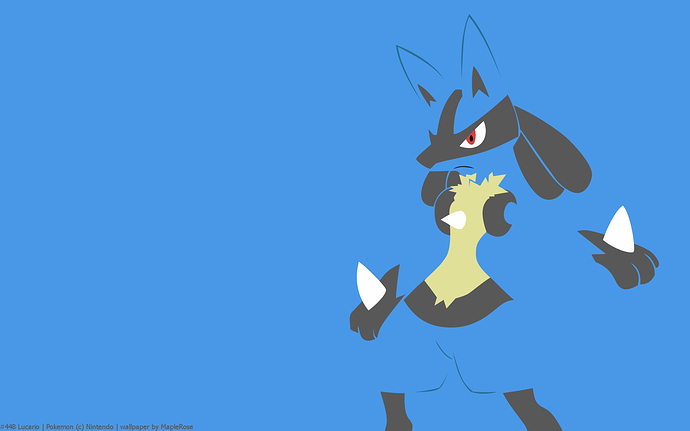 I googled it,didnt copy
Some websites say the same as GO Hub

We know, but people like me did not read it and relied on @Kevin260709 for the info.

I read more GO hub then im on forums

Your troll lvl is rising. I love it.

This topic was automatically closed after 4 days. New replies are no longer allowed.