Lavender Town - Pokeballs: Discussion on additional pokeballs, better use of pokeballs, the story and theory of typical pokeballs

Just a showcase of all the pokeballs being discovered until now.

In Pokemon GO, only 4 of them (normal pokeball, Great Ball, Ultra Ball and Premier Ball) are released. I’d like to see all of them implemented into Pokemon GO. (Likely to happen as Premier Balls is introduced and Master balls are data-mined in Pokemon GO)

It will also be great for you to share some of the stories, theories and thoughts on pokeballs.

Players like PoGo because of the simplicity of catching and battling and the complexity of whichever playstyle you would like to play. There is no laid down road on what you are supposed to the first. At level 5 you can start collecting Pokecoins ffs. Or you can just farm the stardust and candy. It is both simple cough gym battles suck cough and complex. You aren’t supposed to make the game more difficult to comprehend. Brilliant isn’t it? Though I don’t think you would get what I am saying…

Huh? Why do you think I don’t get what you mean? Are you here just to counter my point?

Take a look at my topic and what @Thorend has replied to me in ‘new teams adding into Pokemon GO’.

How come you claim yourself are 'brilliant '? I don’t think new comers (1 year after the release of Pokemon go) could stand a position in pokemon.

As a long term plan to Niantic, I would think what @ElectroBlade said is right. (Niantic may give us surprise in 2018)

Try to be friendly in the Forum please

So just discuss about pokeballs on this topic

Thx for your support @Elderscroller.

Beast Ball however are likely to be introduced in Pokemon GO when gen 7 release. It could increase the rate to capture UBs.

They should give everyone at least 1 master ball for mewtwo in the exclusive raids. That would be less annoying than 50 premier balls.

Tomorrow will be the day Ex raids tested globally.

Pokemon Bulbapedia: The Master Ball is present in the game data of Pokemon GO, but is unused 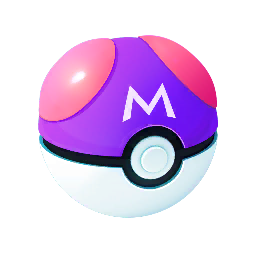 That’s fine. The designs of various Pokeballs are pretty good though.

Here are my ideas:

Friend Ball: Gives you double candy for catching the Pokémon, but is only as powerful as a regular poke ball.

Nest Ball: as powerful as an ultra Ball for anything in the lowest rarity egg tiers + commons like pidgeys(great for grinding)

Timer Ball: becomes more powerful every time the Pokémon breaks out of a ball.

Cherish Ball: Given out at special raids at events like Pikachu Outbreak and Mewtwo.

Dusk Ball: as powerful as an ultra ball at night. Gives you +2 candies for catching any ghost or dark types.

Net ball: as powerful as an ultra ball when catching water/bug types. Gives you +2 candies for catching these types.

Fast Ball: Have a higher percentage (by 20%) to capture Pokemon with a low capture rate

Heavy Ball: 25% easier to capture steel, rock type Pokemon as well as Pokemons which are over 100 kg

Park Ball: Increase the capture rate of Pokemon (by 25%) found in parks

*Heal Ball: Automatically recovers your Pokemon’s HP and status (only for encountering Pokemon)

Repeat ball: 40% easier to capture Pokemon which has already been captured and filled into the pokedex (Tips: it’s extremely useful to capture pokemons like Tyranitar, Salamence and Garchomp)

Lure Ball: 25% or 50% easier to capture Pokemon in coast and beach area