Anyone else noticed that when they search legendary Mew does not ocme up nor does it if Mythical is searched. What other bugs people noticing part from this and the gender in pokedex and shiny one.

Mew isn’t a legendary so that shouldn’t work. Why you can’t see it when you search Mythical: Idk. I don’t have Mew so I can’t tell you yet.

Wasnt that because of your phones settings?

No, as everything else on my phone the date format is right. I hope for a fix soon as this makes the game very difficult to use

This topic was automatically closed after 3 days. New replies are no longer allowed.

2 new bugs since the last update and I got them both.
Pokémon you just caught respawning then disappear again if a few seconds. Second one is black background screen. 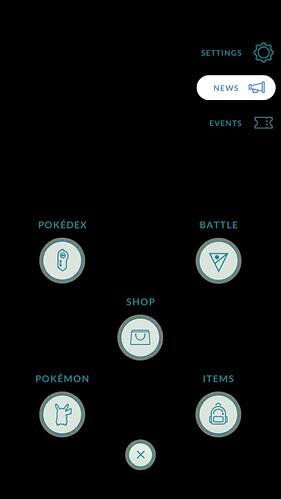 The first about the respawning is happening to me as well.

Latest update has seen my game become infuriatingly frustrating. Constantly seeing the spinning death circle. Regular freeze ups requiring restarting. Sometimes hangs part way through reloading requiring another restart. Sometimes verry slow to reload. Lag times when switching from clicking on a Pokémon to catch and going to the catch screen. More frequent random resets. It’s becoming not enjoyable and bordering on unplayable atm restarting the game app multiple times an hour.
I’ve rebooted my phone numerous times and cleaned unwanted stuff off the phone in case it’s become cluttered. Nothing has made a difference to this point.
I know my iPhone 6s is at the bottom end of the specs that can run the game. I wonder, did this latest update stretch its capabilities to run the game smoothly past that point now?
Work pays for my phone and all it’s usage. It might be time for it to get run over by a Forklift, accidentally of course

as I’m long overdue for an upgrade. Just for the record, when I got the 6s the iPhone 8 was due for release in a month or 2. At work we get the previous models to what is the current one. It’s a big hassle setting up a new work phone.

Wish you the best in the “accidental” change

My cat uses the old iPhone 6s too. He has all the same problems.
The thing he finds most irritating though is the constant crashes he gets when re-naming Pokémon. It happens seemingly randomly on about every 4th re-name.
I should get him a new phone… but I can’t be bothered.🫤

Looks like I’ve fixed the recent problem after it reached an all time low of over 10 restarts in 20min while walking around trying to catch stuff last night.
Just for the record my acct is a Pokémon Trainer Club acct (PTC). Unless things have change PTC and Google accts run on different servers.
Here’s what I did:

No more constant reoccurring death circle. No freeze or crash outs during the next 90min before I called it a day.
It’s been stable all morning today as well.