How was your special field research day? 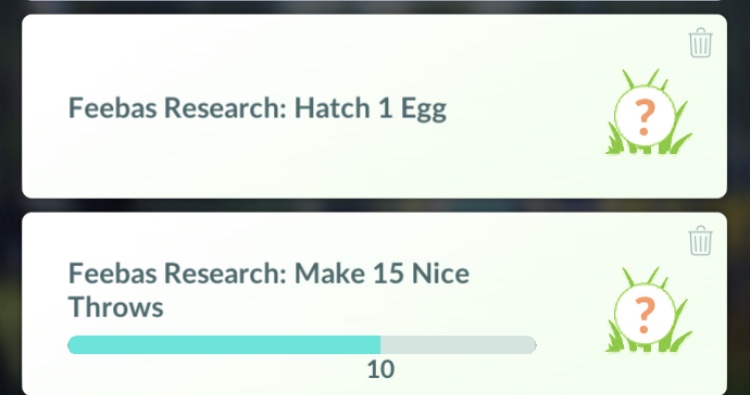 Niantic screwed it up with this event! It could have been so much better. They had the chance to do something right for rural players and players who live in towns with not so many Poke stops. First, Niantic should have released Poke stop submission before this event. But since they haven’t, then they should have increased the chances for shiny Feebas in areas with small number of Poke stops. For example, in my town there are 12 Poke stops. I did every single task and I didn’t get a shiny. During Community days I always get at least one shiny. And I had to drive to get to all the Poke stops because they are very scattered. I can’t go to other towns to search for shinies within 3 hours. Players who live in big cities are in advantage again. Niantic should have made that in every town at least one Poke stop gives you a shiny. How can I be happy for these events in the future if I know there is no chance for me to get a shiny in my town.
To sum up: areas with lower density of Poke stops should have more chances to find shinies than areas with higher density of Poke stops. If a town has 5 Poke stops, 1 should give you a shiny. If a town has 50 Poke stops, you have more Poke stops to spin to get the task which gives you a shiny.
Fix this, Niantic, for the future events! 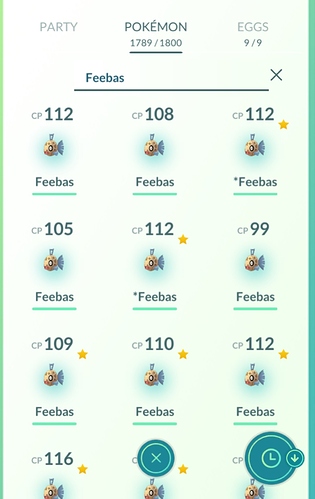 Heh, thanks, @Branebs and @Brobraam. I’ve had a couple of those but never realized there was a term for them.

I didnt like this day.
Weather was dry and not windy, but still -2 celsius so pretty cold.
Quests were ok. 15 nice and 10 great throws is much but not impossible. Tedious though. 10 and 5 would have been better.
The biggest dissapointment came pretty much at the start when the first guy from our group got a shiny, and the second didnt get a shiny from the same research. So it was different per person instead of like Squirtle CD where everyone got the same shiny from 1 stop.
Completed the 3 hours, 40 quests done. 0 shiny. 0 100% IV.
Luckilly the people i was with were nice, cause the event itself wasnt. Bonus startdust or something could have made it better.

Niantic should definitely improve this type of event if they want it to be popular like Community days.

Didn’t do anything for it

It hasn’t even started for us

Event sucked for me. Encountered around 45 Feebas, and 0 shiny. 15 nice and 10 great is just too much for research quests. By the time I completed about 20 tasks there were no pokemon left to catch.
But I did hatch a shiny 93% Ponyta and I got a 117cp Feebas (100% IV) from one of the research, so not everything was bad.

But mine was 98% according to the in-game Appraisal

People on Twitter are also complaining about this event.

at level 15 its 117. Other levels are other CP ofcourse. But since you could only get the from research, and research is level 15 it was pretty easy to remember today.