Hitting the Dead End in PoGo

Anybody ever come to the point of quitting PoGo?

And what happen next?

I’d never fully quit, but I do go through phases where I don’t play much. Right now, for example, I’ve barely played for the last two months. It will probably pick backup again for me at some point, but at the moment I don’t have much interest in the game.

I imagine what happens next is that after you quit, you stop playing the game.

I think it’s fun because of social aspect of it. We as a team turned our whole town blue the last 2 nights. Last night was especially bad because the yellow team started messaging me on Discord because we took all thier gyms and for some reason thought I was behind it all.

During the times between launch and the Raid release, I had considered weaning myself off it. Ever since Raids became a thing, I haven’t felt the need to leave. Despite Niantic’s technical faults, they do strive to give us new content and things to do between them.

Yeah, we do get new stuff to keep us interested. Team Rocket got my son back into it with Shadow Pokémon and then we got Ralts CD next week.

Despite everything else happening, I’m still holding out that Gen 5 will be here very soon.

It sounds like a man practically born to be Team Rocket, with the simplest approach to Gym Ethics around: Leave the arguments about how to decide whose turn it is to have a gym to philosophers, and about how long before how many more coins will be earned to accountants… Your simple rule is : See gym, take gym.

Oh Gen 5 will definitely bring me back full time. lol

Well yeah,sometimes i play pogo,but most likely ingress.Im done with people.There are people in our community who just ruin the game for everyone and more of that stuff.

But it doesnt mean im done with go hub : )

I can understand everyone who quits or thinks about quitting at some point, even though I have never been in that situation.
PoGo has done too much good for me to just leave it behind. I am a very introvert person (with a tendency to asperger’s, dunno, never got diagnosed…) and even thinking about having to meet people I’ve never seen or talked to before gives me shivers. But it became so much easier for me to just walk up to someone and ask “are you here for the raid?”. I could never have imagined some years ago… I have actually met new people, some of them I’d even call friends. Giving up PoGo would mean giving up what I have achieved for me personally, not only in the game. 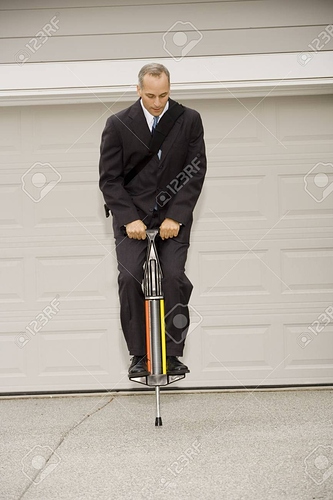 That’s pretty accurate. I will, for example, use every second of this weekend’s community day.

I have big issues with the game, let’s not even get me started with adventure sync, not a lot pokestops or gyms where I live, only 1 good spot for pokemon which is closed most of the time, never been able to beat a 5 tier raid as not enough people play here, people spoofing that kick me out of gyms, i dont care if people spoof to get new pokemon but they shouldnt be spoofing to kick people out of gyms and niantic doesnt ban them, the game still has a ton of bugs, walked 50k and didnt get any eggs or rare candy, niantic also doesnt give those items u missed out on even if u screenshot and report it, stuck with 9 7km eggs all the time, havent had a 2, 5, 10km eggs for at least half a year, the new event only gives shiny bonsly which is lame, should of been shiny munchlax, rural players can’t submit new pokestops, only 20 in this entire town and like 8 gyms, i’ve seen videos of place with 100 pokestops in one spot, I even saw a pokestop and its picture and definition of what it was, was a literal pokestop, that irritates me because there was supposed to be limits to getting a pokestop, having a limited month to get a new legendary and I keep getting stuck with the same one from field research and no one to trade with, the distance shouldnt matter as u should be able to trade with anyone in your friends list, the list goes on and on of why I hate this game, some minor fixes could go a long way, I still play cause I’m hoing in the future they fix all these issues, also niantic is lazy, instead of them releasing new pokemon they just recolor the same pokemon, rattatta, now alonan, then dark, it just has red eyes, like we need more rattatta, also really really hate how certain pokemon are regional or specific state only, when is the majority of the average going to travel or meet someone from other countries