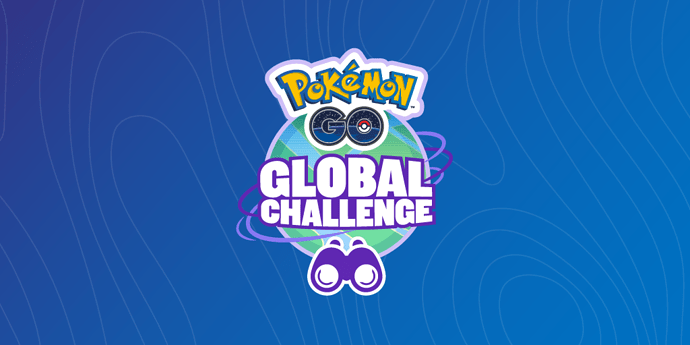 Trainers have managed to unlock the ULTRA BONUS. Right now we only have preliminary details, but will get the whole breakdown on August 20th.

Rather vague in places, but I’m definitely intrigued.

Week 3’s mixing of regionals is what got my attention. Not to mention which Mythical will be raidable on week 2.

This sounds fun…
I know it’s vague, but it probably means Johto regionals in eggs (finally a chance to get Heracross!), Deoxys in normal raids for a week, which is not very long but considering the EX raid fatigue it was to be expected. Not sure how they are going to do it with the 4 forms, maybe it’s just random… I still need that speed form…

They could also take us by surprise and let loose some Unown… But that probably will never happen…
I don’t know what to expect from week 3 though.
And after those 3 weeks we might finally get the Jirachi quest with a matching event… 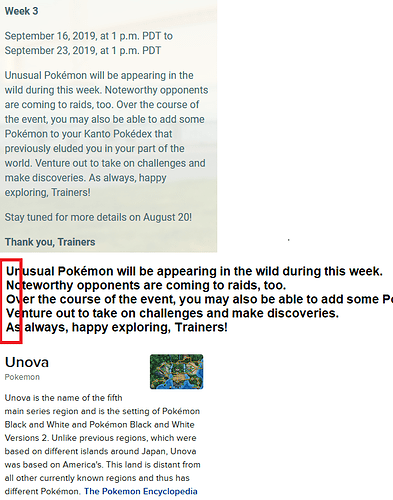 That’s a good decoding, would be very good if your right…

Someone on my Discord noticed that as well, and it’s a fascinating “coincidence.”

“. . . add some Pokémon to your Kanto Pokédex that previously eluded you in your part of the world.”

A seemingly-annual rite for new players or others who missed it. Will they be released in the wild (like in 2017) or hatched from 7km eggs (like in 2018)?

It would be a week to take a vacation from daily play, if not for the prospect of encountering the next generation’s release.

@vorgriff3 …, as in other cases, I need to search in Google to understand what you are saying.

Please take in account I’m not a native english speaker

Am I recalling correctly that your first language is Español?

If Niantic plans to release the regionals worldwide they should not just only do the Gen I ones. (There am I again with my Mr. Mime.) Mr. Mime is our only ‘special’ regional. With ‘special’ regionals I exclude Volbeat, Illumise, Solrock, Lunatone, Zangoose and Seviper. There are also places with two or even three special regionals. Why do we have to lose our only one when there are also places that will keep their three regionals and get our one for free too? Not that Mr. Mime is something I really want, though, but it just sounds a bit… unfair… I would not be unhappy either, though.

I learned not much German in grade school, and I retain even less now (40 years later). I vaguely recall some of the figures of speech made me smile:

Encountering something that’s totally confusing might make us say in English, “It’s all Greek to me!” Am I recalling correctly that the German equivalent would be to say it looks like Spanish to them? (Something like, “Ach, das kommit mir wie Spanish vor!”)

I keep wondering: when you first learned Spanish, did you ever lament (whether sarcastically or just reflexively) that it looked like Spanish to you?

Hihi, yes, you said it completely correct. I never learned why the germans use this saying, but really I had a similar feeling.
All the sentences are constructed in a reverse way, and you may know that we have three words for “the”.
Der - the masculine form
Die - the feminine form and
Das - the neutral form
The first two are existing in spanish, but nearly allways they use them the contrary way.

I needed 2 years to put my mental rubbish in orden.

I wish I could give this several likes. Thanks for indulging my nostalgic musing over language’s tendency to defy reason in so many ways, and for the durable smile your own recollections about these particular languages gave to me!