General Chat - Who do you drop in gyms

What do you base your strategy on when dropping your Pokémon into gyms?

I go for CP. Mainly the big tanks with high CP. Such as Blissy and Slakoth. Also i use salamence and metagross. I don’t drop anything under 3000 cp unless it’s a themed gym such as tiny pokemon or shiny.

Who are your favs to drop?
Mine used to be Dragonite and Tyranitar now it’s varies between Salamence and Metagross.

I tend to pick Pokémons with cp between 1850 and 2000, since it takes much longer for those to degrade to the point where they can be taken out with only 1 or 2 attacks, which means I get an extra combat round to notice the flashes around a gym and Golden Razz them. They also take less potions to heal, so I have more potions left for my attackers (and full revives whenever I can get my hands on those). After about 8 hours, these Pokémon are weak enough to be taken out with a single attack though, which is fine by me, since that means I can get my coins.

If there’s already a defender for my team in the gym, I also try to add a pokemon that counters its counters. Easiest example, since it’s very straight forward:
If the first defender puts a Flareon (weak to Water, Ground, Rock), then I’ll put an Exeggutor or Venusaur next to it (super effective against Water, Ground, Rock). If any attacker just picks the Recommended pokémon, he or she will probably start with one of those 3 types. And since most people are too lazy to switch attacker mid-fight, there’s a good chance for me to win a defending battle, and for them to need a revive.

I don’t look at counters. It’s usually same mons every gym. It’s almost a race between me and a few others to drop a strong Blissy. My cousin cusses me if i don’t drop my strongest CP blissy

I put funny ones in, like Shelgon or Grumpig, cos I get bored of same old same old.

If I’m one of the first three it’s usually blissey, snorlax or possibly vaporeon. If I’m taking one of the last spots in a strong gym, I like to put in something fun…a dancing hitmontop or a sunflora…maybe an absol because it looks cool

I need my ttars for lugia raids, so they’re currently taking a break from gyms

I tend to see small pokemon themes. Kinda funny when you have a tiny Togepi hiding behind a huge Snorlax can barely even feed a berry sometimes.

Sometimes my son and I will start a Team Rocket Gym or an Eeveelution gym. But mostly we put poo poo in because it will get knocked out anyway no matter what we put in. If I put a strong Pokemon in, the motivation drops like a rock and it gets knocked out just as fast as if I put something that I would just transfer anyway. I like to just cycle through the pokedex and put different stuff in so everyone isn’t seeing the same monsters everywhere.

I like to drop in Wobbuffet or Chancey. Both have high HP and are good defenders but the motivation drops slowly so you don’t have to berry it frequently.

If I’m in the mood to troll someone I drop in a lickatung or a shuckle.

Have no strategy, usually I just put in the first Pokemon I see on my screen, which means my most used defender is probably metagross.

Highest CP i dont use for random gyms (so usually wild catches and results of evolution rounds… Mr.mime and Xatus for examples)

If i really want to keep the gym and actually defend it with golden berrys, i have 2 299X blissey, an 31XX vaporeon or an 3300 rhydon that can get the job done.

In my city all the teams work together: Here’s a Valor region, an Instinct region and a Mystic region. If a teammate places a Pokémon in a gym of an other team, I leave a Pokémon that I can dump if it’s knocked out. If it is a gym from the Instinct region (I’m team Instinct), I leave a powerful one in the gym.

I felt like I should chime in here. As an instinct member in a Mystic and Valor city, gyms don’t last long regardless of defenders. My strategy is to put Pokémon I need candy for (currently bagon and lileep) to try to get a free candy or two. If you are going to complain for the sake of my teammates know that I rarely come across an instinct gym without battling it myself. In those situations I put Pokémon that I like but are uncommon such as Sudowoodo and umbreon. I also have a 3100 cp blissey that I have for whenever I take a gym before a raid. It is extremely useful because it takes a long time to beat and low level trainers cannot defeat it.

I never took many gyms in my lvl 20’s and under. Well it was the old gym system and i rarely fought gyms. If i don’t put my regular defenders out ill get cussed cause it all about “Dem Coin”

).
I normally put in something fun (it gets boring seeing the same mons in gyms al the time) unless someone tries to take it down immediately in which case I let them then put in a tank. 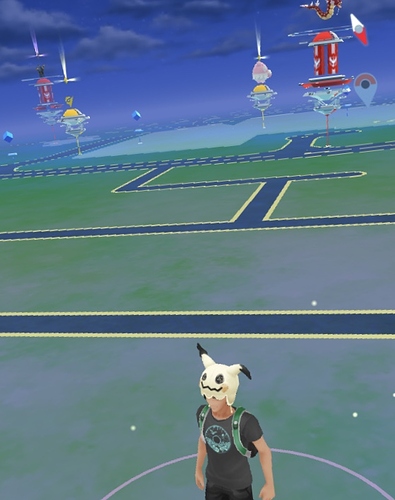 With the motivation decay rate nothing stays in for long, so I just put in Pokemon in that I don’t want to spend a revive on. Call me lazy…

I usually place blissey or trash. Blissey if really in need of coins and trash in other situations ie. In cities

Right, so I do pokemon like Spoink or Chikorita. Stuff I can forget about afterwards.