Is there a legendary raid hour today

Team Rocket shall get a shiny Rayquaza!

Yup we going to get all of them +3

Nope. Never on days when the Tier 5 switches.
Nobody knows for sure if there will be on the next wednesdays. Its expected, but its Niantic so we dont know. 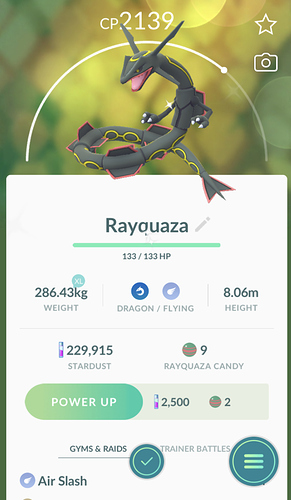 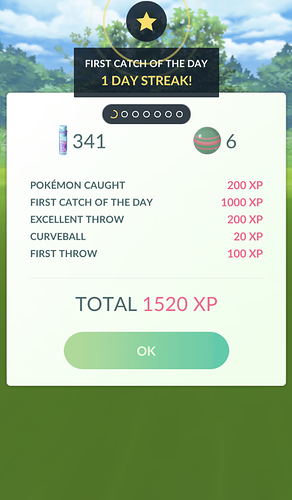 This afternoon was a pretty good start to Rayquaza’s reprise month.

The relevant numbers:
5 raids
2 accounts
10 wins
8 captures
3 with IV over 90
1 nice shiny, which I already powered up a few times. 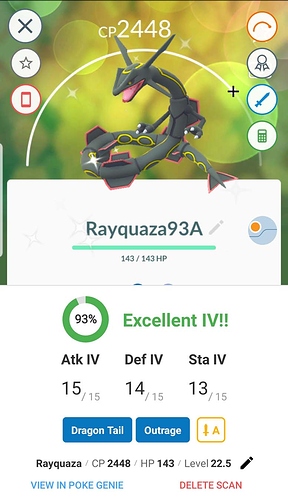 Stayed out late after finishing work at 3am and was still out and about when the first ones started hatching around 6:30am.
Did 2 before I had to get home for some sleep. Was happy at first thinking I finally had a decent IV Shiny I could Max out and use. Sadly the CP was fools Gold and it’s not usable.
This was the second one and caught 10hrs ago. 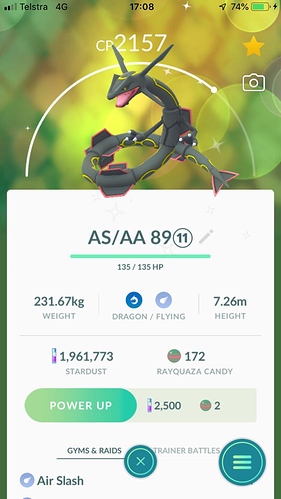 So a good start. The pressure is off.

Since Ray Ray returned, my area’s discord is very active all day, trainers raid later since raids pop up later as well.

It took a whole 24 hours for Rayquaza to start spawning more normally here. I managed to raid 3 times thankfully, catching 2. No Shinies, and none worth mentioning. Videos are up of course, so here’s one:

I wish I could solo Rayquaza. I have a great team, I just need 1 or 2 players to help me in raids. Or a Lucky Raid Pass.

You can do it with just 3. I did it once before friends lists were a thing, and we only had Articuno, Lapras and Walrein to use against it. Hope you can people to help.

Yeah, I did 4 raids yesterday with 3 trainers, no friend boost, pretty easy

Seriously? I’ve got to try that, having a bunch of maxed-out Aggrons that have been pretty much out of work since my game focus shifted from taking down Blisseys to raiding Legendaries. (And it’s about time they started earning their keep again.) 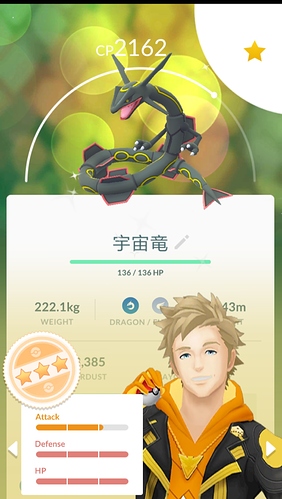 Not a bad one neither. Yours even has 1 hp more then mine. Mine is 15-15-14 and after the screenshot I fixed the moveset and I pumped up the candy to 248 with rares.