Hi guys, not been on in a while, missed the family here so came back now.

Anyway, I have reason to believe that Generation Eight of Pokemon is going to be teased very soon. (This is a wild guess, so I’ll probably be wrong lol)

Pokemon day is on the 27th of February. This is to (if I remember correctly) celebrate when the Pokémon series first came out. Usually we see this in Pokemon Go as a limited time event within the game.

Recently on the official Pokémon Instagram page, they posted a short video showcasing the Kanto region, aka Gen 1, using the hashtag #pokemonday - 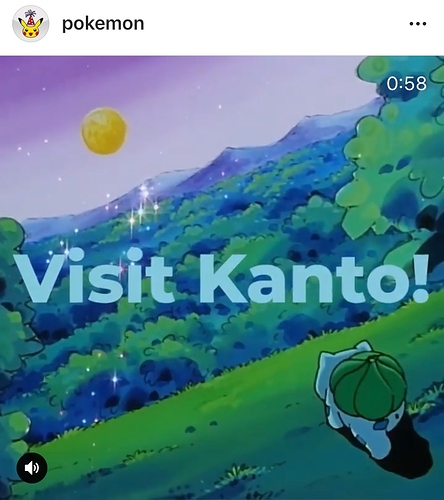 image750×270 59.5 KB
The second image is the description showing the hashtag and a strange doughnut reference that I don’t get.

A day later, another showcase appeared, this time highlighting the Johto region, aka Gen 2, again using the hashtag #pokemonday - 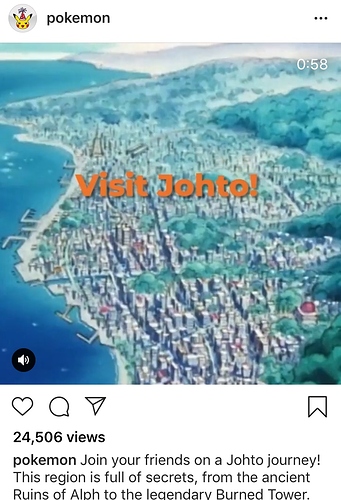 I am therefore presuming that tomorrow there will be a Hoenn, aka Gen 3, showcase similar to these two here. After this it follows that it will go Gen 4,5,6 and then 7 leading up to Pokémon day on the 27th.

At the time of writing, it is the 21st of February. If the Hoenn showcase is tomorrow on the 22nd, Sinnoh on the 23rd, Unova on the 24th, Kalos on the 25th and finally Alola on the 26th. But what region will be featured on the 27th, on Pokemon day???

Since no new Pokemon game was revealed in the recent Nintendo Direct, this would be a great opportunity for them to release a new region. With the tradition of a new game/remake every year, could we be looking at the first mainseries Pokemon title on the Nintendo Switch? I hope so!
(Again, just a theory unlikely to become reality but who knows???

They did something similar to that with the release of sun and moon. I’d love to see the new hen 8 coming

So hyped for Gen 8. I’ll buy a Switch just for that game.

My kids have played the Switch a lot since getting it. They barely even touch the 3DS anymore.

Hopefully we finally get a solid game with propper postgame

Something along the lines of ORAS would be amazing. That kept me REALLY busy.

Also, I want a bigger Pokedex. Gen 6 and 7 were scanty at best with new entries, although Gen 7 did do better with new Legendary introductions.

pls no, I want a new game

Sinnoh remakes would be nice, but I agree.